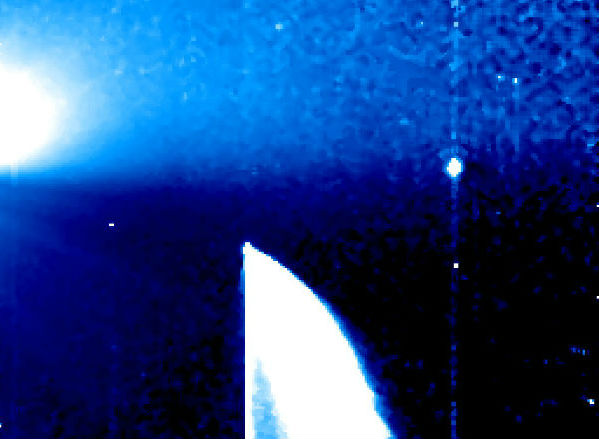 Comet Pan-STARRS (C/2011 L4) passed inside the orbit of Mercury on March 10, 2013 reaching perihelion (its closet approach to the Sun). Now, it is visible object in the field of view of NASA's STEREO-B Heliospheric Imager. 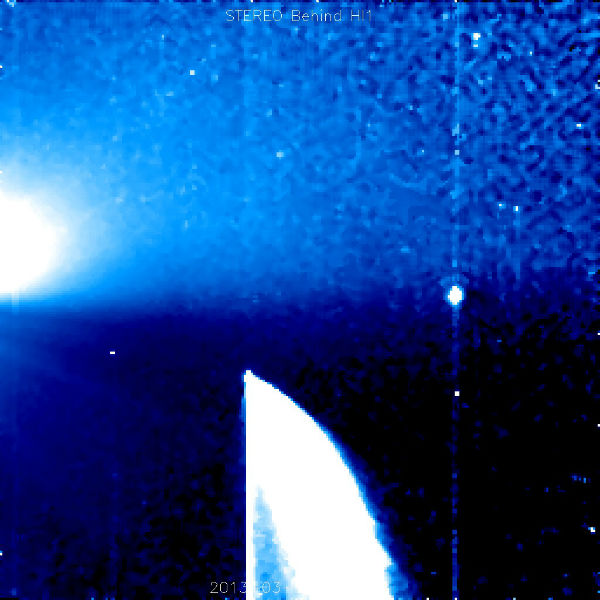 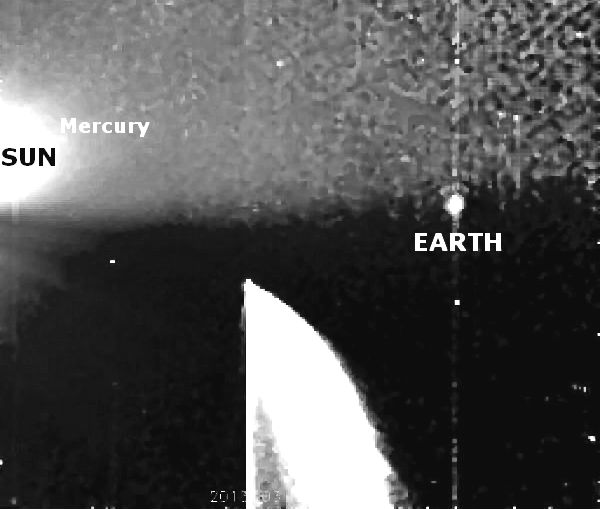 Currently Comet Pan-STARRS is bright object with magnitude of around +1. Comet dust reflects sunlight, so the tail of Pan-STARRS is especially bright. The comet will continue track northward and should become a circumpolar object (for observers based around latitude 50°N) on April 2, 2013. Comet PanSTARRS should dip back below +6th magnitude around April 15, 2013.

Astronomers are eagerly awaiting the arrival of Comet ISON, which will pass within just 2.7 solar radii from Sun center on November 28, 2013. Although comets are unpredictable, Comet ISON has the potential to be a major comet. If so, STEREO should have a spectacular view. To assist with planning for this event, a new web page has been put together describing Comet ISON's orbit, and how the comet will be seen by STEREO's telescopes, and those on other solar observatories.

The Solar TErrestrial RElations Observatory (STEREO) is composed of two sun-orbiting telescopes on opposite sides of the Sun, positioned to monitor the Sun from different vantage points along the Earth’s orbit. The mission’s primary function is to take observations of the sun’s atmosphere from two vantage points, providing a detailed perspective on space weather phenomena, such as coronal mass ejections and the solar wind. 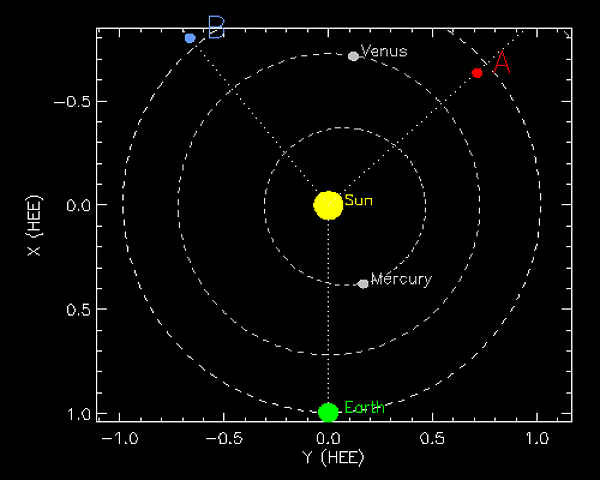 Visit STEREO on the NASA Portal