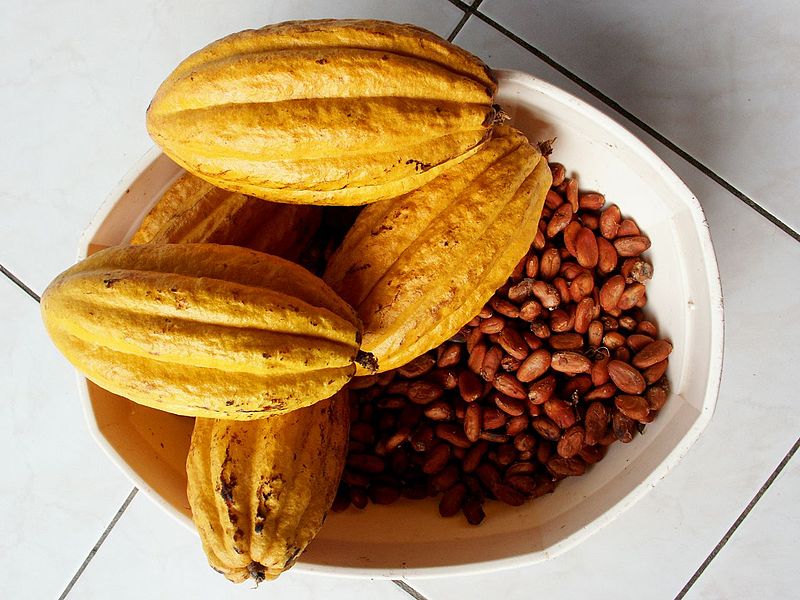 Not everyone needs a reason to eat chocolate. But it’s always nice to know there are valid health reasons that support this pleasure. Even then, it’s no excuse to understand which type of chocolate has the most health benefits value.

A December 2012 UK study with 300 patients in 13 hospitals used theobromine, extracted from cacao, to successfully stabilize chronic coughing. The amount used was 1000 mg of theobromine twice daily for two weeks. A dark chocolate candy bar high in cacao or cocoa contains around 450 mg of theobromine per ounce.

Since the average dark chocolate bar is three ounces, it would take slightly over 2/3 of the bar to provide that amount of theobromine. By the way, the only differences between cacao and cocoa are the spelling and pronunciation.

Unfortunately, the coughing symptoms returned for most patients after the theobromine dosing was stopped. But another study in London, England determined that theobromine was more efficacious for coughing the codeine, which is what’s normally prescribed for chronic coughing. <3 >

That’s not all there is to cacao health benefits

Most candy consumers lean toward the types of chocolate that have less health benefits with more health hazards. That’s the cheap stuff – milk chocolate heavily sweetened and sold in convenience stores.

The kind that supports healthy chocolate eating is dark, minimally sweetened organic chocolate. Your healthy chocolate candy bar of choice should be no less than bitter-sweet chocolate without flavorings or fillings, and it should contain at least 70% cacao or cocoa. If it is raw chocolate, it is all the better.

The higher the cacao level the better, because it’s the cacao beans that contain the extremely high antioxidant health benefits. As a matter of fact, the antioxidant level or ORAC (oxygen radical absorption capacity) of cacao is at the top of the common food list’s ten top ORAC values.

Here’s a 2008 US department of Agriculture/Journal of American Chemical Society ORAC score list per 100 grams:

As you can see, the difference between raw cacao and even Goji berries is phenomenal. Even milk chocolate with all it’s pasteurized milk and abundant sugar has a higher ORAC rating than blueberries. <4 >

You can purchase raw cacao nibs or powders online or at good health food stores. There are different ways to make this bitter food more palatable, such as grinding to make a cacao liquor or sprinkling into coffee or onto yummier foods.

Raw cacao appears to provide more magnesium than any other single food source. Magnesium is called the master mineral since it’s involved with over 300 metabolic functions in our bodies. Most westerners are magnesium deficient.

This should debunk dark chocolate fat fears. But be wary of heavily sweetened chocolates with commercial milk or confectionery fillers. The amount of caffeine in cacao is also highly exaggerated. But the theobromine mentioned earlier, an effective antimicrobial, is somewhat of a stimulant. <5 >

So enjoy cacao nibs on deserts or in beverages, or have some strong dark chocolate with green tea for delicious health benefits.