Dust from the Bodélé Depression, in the Sahara Desert, blows southwestward towards Lake Chad, and can also be seen south of the lake. The lower portion of the image is also covered by a hazy veil, although this is due to fires in Chad and the Central African Republic that has spread westward. 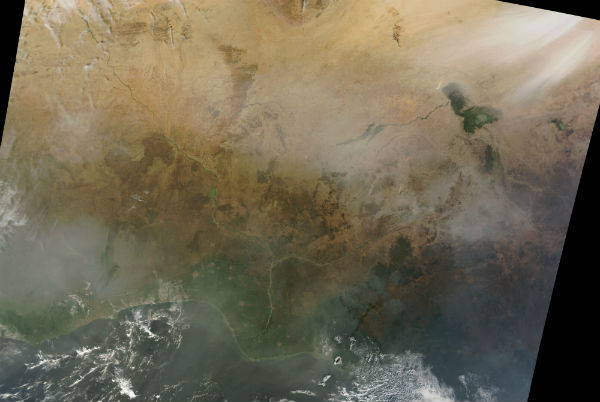 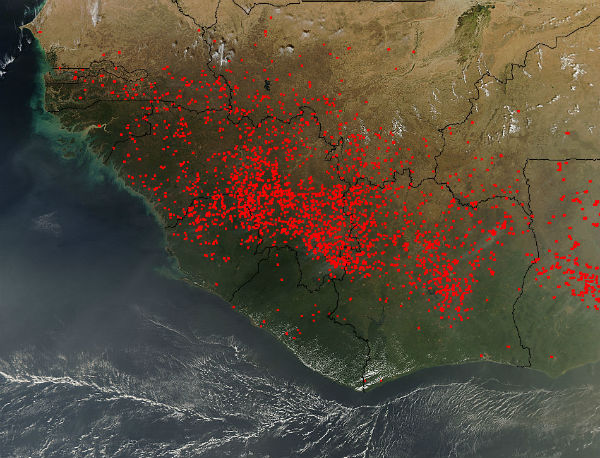