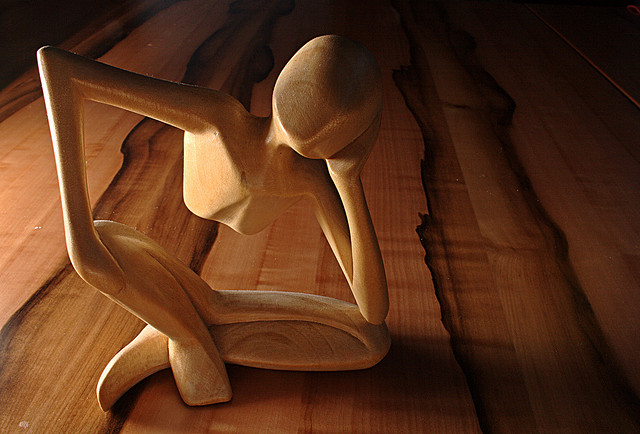 Brain fog, or cognitive dysfunction, is an increasingly common condition in today’s society. It is characterized by a lack of mental clarity and poor concentration, and almost everyone has suffered from it at some point in their lives. Due to the subjective nature of brain fog; however, it is often difficult for individuals to determine its exact causes. Fortunately, a number of studies into brain fog have emerged in the last few years, helping us to isolate the main culprits behind this vexing and misunderstood condition. The most significant causes are listed below.

Eating the wrong food is arguably the biggest cause of long-term brain fog, and no single food is worse at causing and sustaining it than wheat. In his popular 2011 book Wheat Belly, Dr. William Davis revealed that the modified gliadin protein in today’s semi-dwarf strain of wheat, which is contained in its gluten polymer, has a devastating impact upon our cognitive faculties, from increased appetite stimulation to chronic brain fog. In fact, after weight loss and reduced fatigue, superior mental clarity is the biggest benefit that people report after going wheat-free.

According to a study by Dr. Lawrence Wilson for The Center for Development, brain fog is a common symptom of heavy metal toxicity. Consuming spirulina, chlorella, kelp, and other foods that contain alginate (a compound that can remove radioactive and heavy metal particles from the body) can aid the detoxification process, and thus brain fog. Wilson also discovered that a copper imbalance also contributes to brain fog due to its negative effect on the thyroid gland. He added that fatigue, stress, use of the birth control pill, a zinc deficiency, and consuming food and water contaminated with copper are the main causes of a copper imbalance.

Most people live and work in an environment that is saturated with EMFs, whether they be from mobile phone masts, Wi-Fi, electrical appliances, or otherwise. While we often can’t do much about this pollution on a larger scale, we can minimize its intensity in our own homes by favoring wired appliances over wireless alternatives, turning off some or all electrical outlets when they’re not in use, and placing orgone generators around the biggest polluters.

Drinking water (preferably spring or distilled water) helps to release the toxins that accumulate in the intestinal tract, which is important since bowel toxicity is directly linked to brain fog. Water also helps to flush the blood of metabolic waste products that can travel to the brain and disrupt its functioning.

Although a lack of mental stimulation does not cause brain fog in itself, keeping your mind active by regularly completing crosswords, taking general knowledge tests online, and engaging in intellectual pursuits like writing can certainly guard us from age-related cognitive deterioration.

About the author:
Michael Ravensthorpe is an independent writer from the United Kingdom whose research interests include nutrition, alternative medicine, and bushcraft. He is the creator of the website Spiritfoods, through which he helps to promote the world’s healthiest foods, whether they be established superfruits such as mangosteen or lesser-known health supplements like blackstrap molasses. Michael is also the creator of the companion site Spiritcures, which details his research into the best home remedies for common illnesses and diseases.