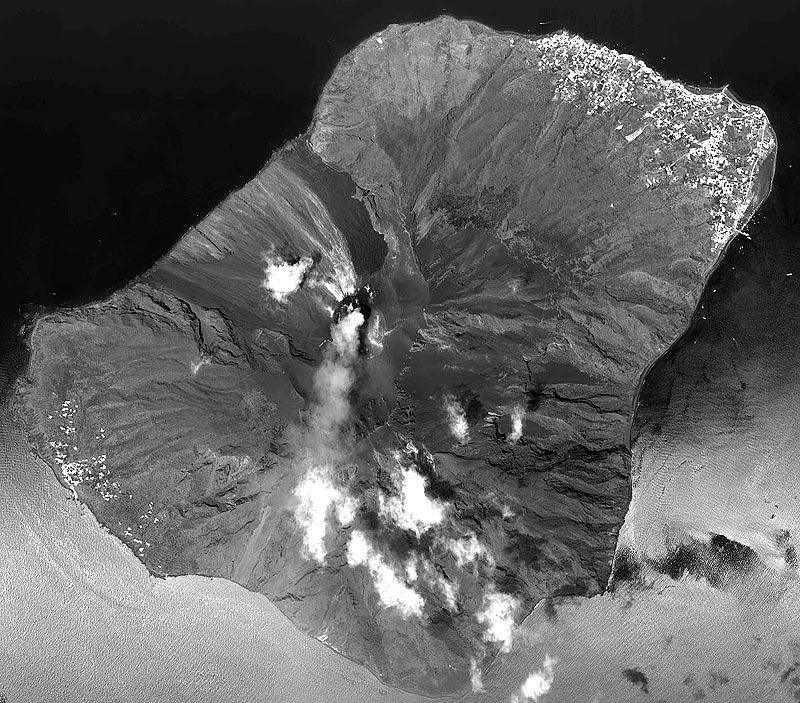 Elevated volcanic activity continues at Mt. Stromboli, Italy. During early hours of January 10, 2013 new lava overflows occurred on the northern and eastern side of the SE crater. Strong detonations from large exploding magma bubbles can be felt and heard in the village nearby. Activity has been at exceptionally high levels recently.

Since December 23, 2012 there have been repeated overflows of lava from the crater terrace, feeding small flows in the northern and northwestern portions of the Sciara del Fuoco (see end of article for more info on Sciara Del Fuoco). INGV (Istituto Nazionale di Geofisica e Vulcanologia) announced today that a more detailed report will be published soon.

INGV recently reported that on November 22, 2012 at 13:17 UTC a large seismic signal associated with an explosion occurred. A 3 km high steam plume was recorded. The explosion was around 7 times higher than an average explosion and followed by 10 minutes of high seismicity. 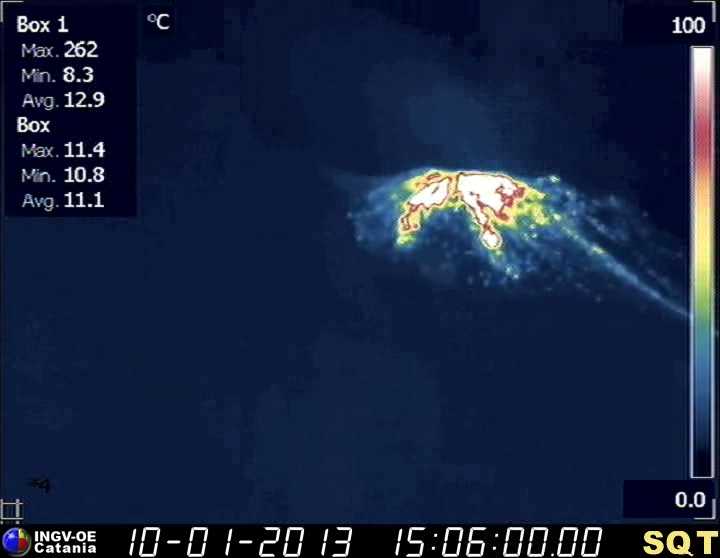 Mt. Stromboli has been in one almost continuous eruption for the past 2000 years. This pattern of eruption has been maintained, in which explosions occur at the summit craters with mild to moderate eruptions of incandescent volcanic bombs at intervals ranging from minutes to hours. This characteristic Strombolian eruption, as it is known, is also observed at other volcanoes worldwide.

Eruptions from the summit craters typically result in a few second-lasting mild energetic bursts emitting ash, incandescent lava fragments and lithic blocks ranging up to a few hundred meters in height. Mt. Stromboli’s activity is almost exclusively explosive, but lava flows do occur at times when volcanic activity is high: an effusive eruption in 2002 was its first in 17 years and again took place again in 2003 and 2007.

Stromboli is a small island in the Tyrrhenian Sea, off the north coast of Sicily, containing one of the three active volcanoes in Italy. It is one of the eight Aeolian Islands, a volcanic arc north of Sicily. This name is a corruption of the Ancient Greek name Strongulē which was given to it because of its round swelling form. The island’s population is between 400 and 850. The volcano has erupted many times, and is constantly active with minor eruptions, often visible from many points on the island and from the surrounding sea, giving rise to the island’s nickname “Lighthouse of the Mediterranean”.

Stromboli stands 926 m (3,034 ft) above sea level, but actually rises over 2,000 m (6,500 ft) above the sea floor. There are three active craters at the peak. A significant geological feature of the volcano is the Sciara del Fuoco (“Stream of fire”), a big horseshoe-shaped depression generated in the last 13,000 years by several collapses on the northwestern side of the cone. See 360° panorama view of Sciara del Fuoco here.

The active summit vents are located at the head of the Sciara del Fuoco. The modern volcano has been constructed within this scarp, which funnels pyroclastic ejecta and lava flows to the NW.

Essentially continuous mild strombolian explosions, sometimes accompanied by lava flows, have been recorded at Stromboli for more than a millennium.