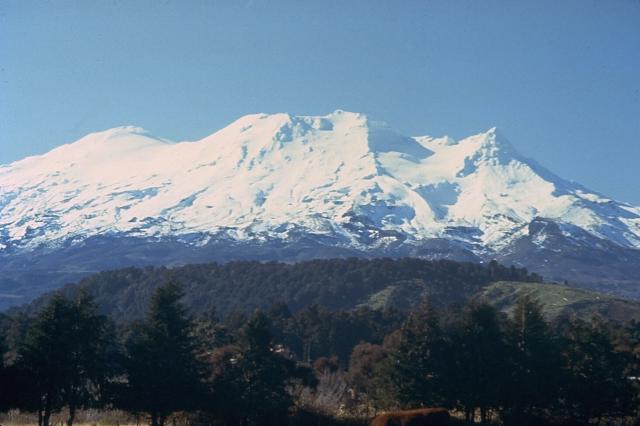 Volcanologists have warned about impending eruption from one of the most active volcanoes of New zealand, Mt. Ruapehu in central North Island. As a result, New Zealand authorities have instructed climbers to stay away from the peak of Mt. Ruapehu. As per news reports, area within 2 km of the center of Crater Lake has been declared summit hazard zone and should be avoided.

"We are monitoring Ruapehu closely, but it often does not give any immediate warning that it is going to erupt. We think that the temperature a few hundred meters beneath Crater Lake is about 800 °C, but the lake itself is only about 20 °C. This suggests the vent is partly blocked which may be leading to a pressure build-up beneath Crater Lake. A sudden release of the pressure may lead to an eruption," said Steve Sherburn, GeoNet's duty volcanologist.

As a precautionary measure, aviation alert level around the central North Island has been raised to yellow – suggesting unrest above background levels. Volcanic alert level remains unchanged at 'signs of unrest.'

Mt. Ruapehu is a complex stratovolcano that has formed during at least 4 cone-building episodes dating back to about 200 000 years ago. It is believed that several subplinian eruptions took place at Ruapehu between about 22 600 and 10 000 years ago, though pyroclastic flows have not been frequent at Ruapehu. Historically, Crater Lake has been the only opening at the broad summit of the crater.