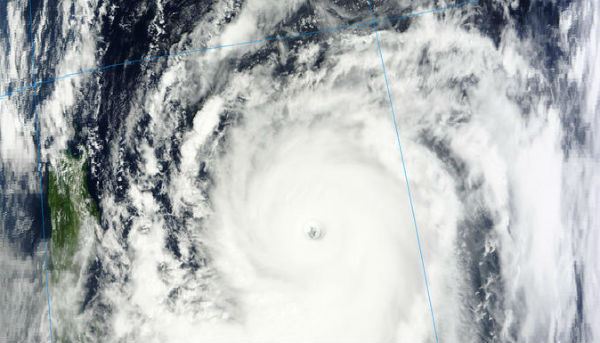 Supertyphoon Jelawat is currently churning across the Philippines Sea. Jelawat is the second-straight super typhoon of 2012, following Sanba, which slammed South Korea with flooding rainfall. The Japan Meteorological Agency (JMA) is forecasting Jelawat to become stronger than Sanba by Wednesday afternoon (local time), with a central pressure of 895 mB. However, this would still make Jelawat weaker than the infamous Super Typhoon Megi from 2010.

Jelawat has managed to intensify into a Category 5 Super Typhoon last night as it successfully completed perfectly symmetrical circulation and clear, well-defined eye. The storm underwent explosive intensification, almost doubling strength over the course of 12 hours.

PAGASA reported today at 04:00pm local time reported that Jelawat (LAWIN) was located based on satellite and surface data at 485 km East of Casiguran, Aurora (16.6°N, 127.4°E) with maximum sustained winds of 205 km/h near the center and gustiness of up to 240 km/h.

Despite being hundreds of miles away from the Philippines, the system has already brought gusty thunderstorms and drenching rains to the eastern-half of the islands. Residents living in low-lying and mountainous areas under public storm warning signal #1 are alerted against possible flashfloods and landslides. Estimated rainfall amount is from 10 – 20 mm per hour (heavy – intense) within the 850 km diameter of the Jelawat according to PAGASA. Southwest Monsoon enhanced by the Typhoon will continue to bring moderate to heavy rains in Southern Luzon and Visayas area of Philippines. 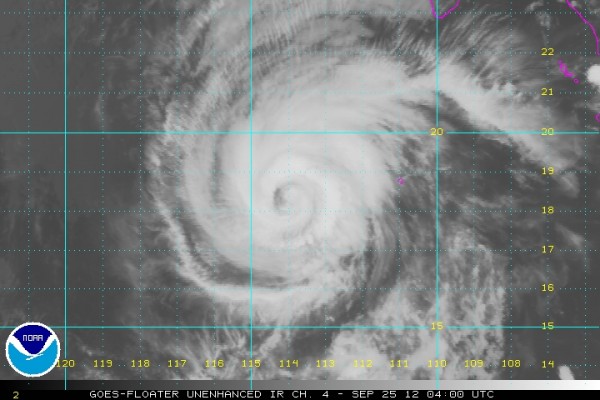 Heavy and gusty showers and thunderstorms are expected to batter Philippines in the next few days. Due to the mountainous terrain of Luzon and much of the Philippines, extreme rainfall amounts and flooding are possible as the mountains act to wring out as much moisture as possible. Flash floods, mudslides and other dangerous weather will be possible. Later this week, when the storm passes close to Luzon, damaging winds, rough surf and rip currents are also possible. 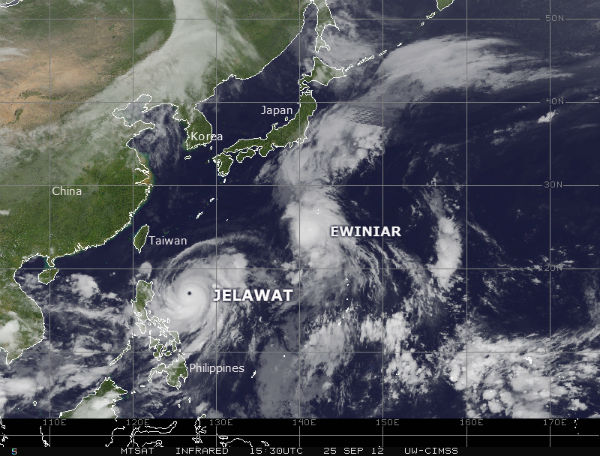 There are at least two deaths reported and a tornado recorded due to the outer rain bands from the violent Supertyphoon Jelawat in Philippines. Typically the form with rain bands move on shore over rough terrain, this causes vertical wind shear in the cloud structure and that in return sometimes can cause rotation in the cloud and form tornadoes.

At this time, the AccuWeather.com Hurricane Center is forecasting Jelawat to pass east of Luzon, on a northward path generally near Taiwan. During the weekend, there is a very good chance that a weakened Typhoon Jelawat could directly hit Okinawa and other Ryukyu Islands of Japan. 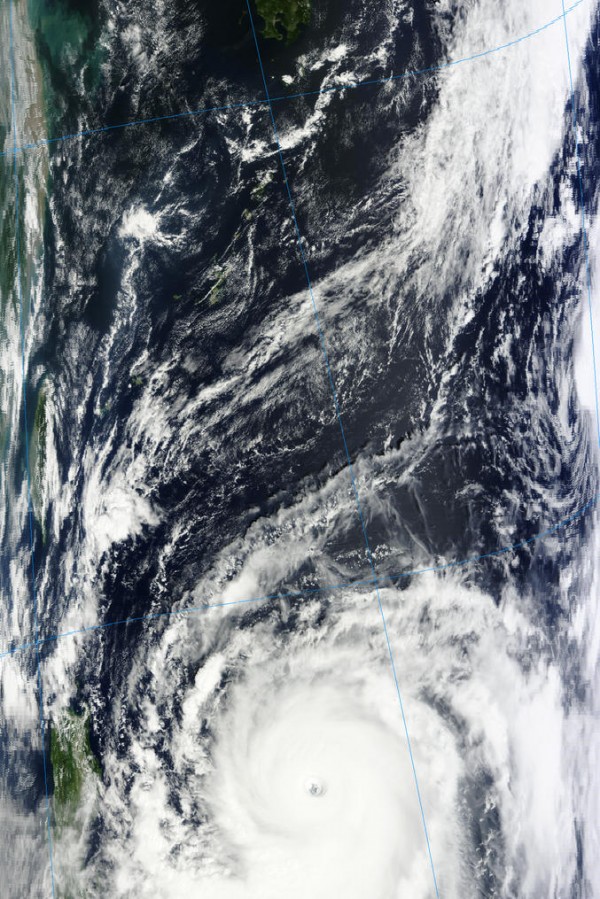 Animated infrared satellite imagery shows the system has maintained extremely deep convective bands wrapped tightly into a 17-nm symmetrical eye. Additionally, a SSMI-S microwave image suggests the cyclone may be undergoing eyewall replacement, characteristic of a super typhoon. Upper level analysis indicates the system has sustained a highly efficient mesoscale anticyclone aloft in an area of low (05-10 knot) vertical wind shear. The cyclone is tracking along the western periphery of a deep-layered near-equatorial ridge to the east.

Over the next 12 hours, Jelawat may see a spike in intensity as the poleward outflow is sustained by the passing shortwave trough. Jelawat is expected to begin accelerating northeastward following recurvature and a seamless
assumption of steering by a subtropical ridge east of Japan.

Meanwhile another storm Ewiniar is moving north expecting to impact Tokyo possibly on the weekend with outflow and a few rain showers. The storm is forecast to move northward and then turn northeastward sparing Honshu. JMA is forecasting this system to become a Typhoon by Friday but it is expected to be too far to directly impact Tokyo and the nearby areas. 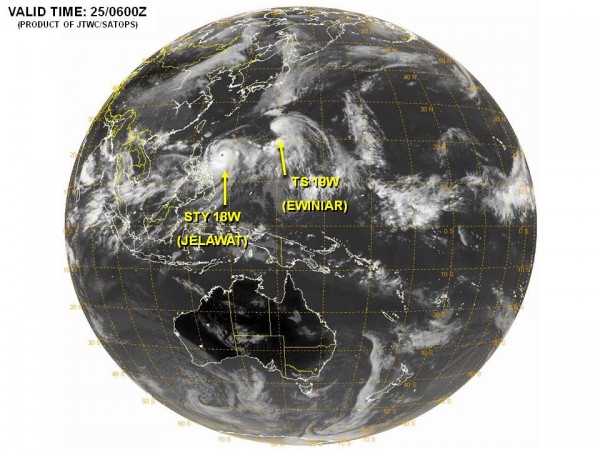