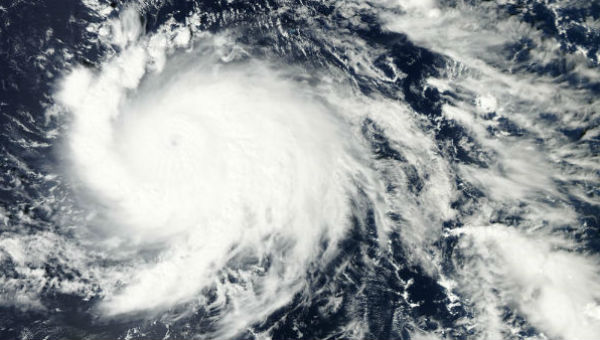 According to latest Joint Typhoon Warning Center (JTWC), Typhoon Bopha was located approximately 105 nm west-southwest of Palau, and was moving westward at speed of 15 knots. Maximum significant wave height at 18:00 UTC on December 2 was 16 meters (52 feet). Typhoon force winds extend out up to 57 km (35 miles) from the center and tropical storm force winds extend out up to 170 (105 miles) from the center. 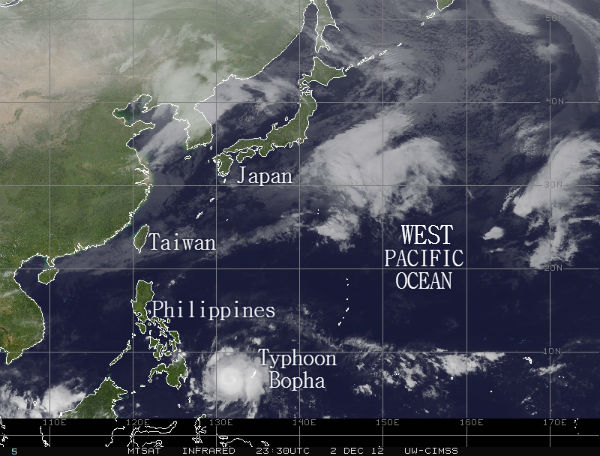 Philippine Atmospheric, Geophysical and Astronomical Services Administration (PAGASA) named this Typhon as PABLO. Estimated rainfall amount is from 20 – 30 mm per hour (heavy – intense) within the 600 km diameter of the Typhoon. Residents living in low-lying and mountainous areas under public storm warning signal #2 and #1 are alerted against possible flashfloods and landslides. Likewise, those living in coastal areas under public storm warning signal #2 are alerted against big waves or storm surges generated by this tropical cyclone. Fishing boats and other small seacrafts are advised not to venture out into the Eastern Seaboards of Visayas and Mindanao. 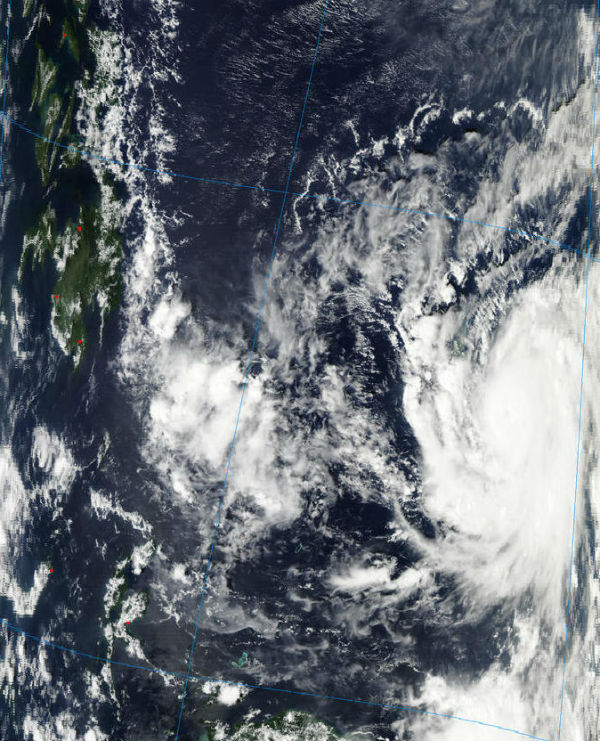 Satellite image of the system approaching Philippines captured by MODIS/Aqua at 04:45 UTC on December 02, 2012 (Credit: MODIS/Aqua)

Animated enhanced infrared satellite imagery shows the system has lost the small eye feature prevalent over the past 24 hours but remains a very symmetric, compact system with a deep layer of central convection. Based on the loss of the eye and the recent AMSU-b pass, the intensity was dropped to 115 knots, bringing the system back to typhoon strength. 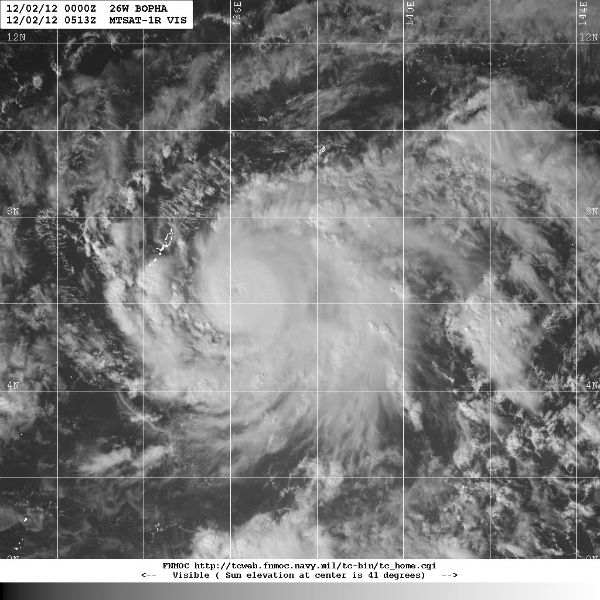 Typhoon Bopha is forecast to track on a steady westward track along the southern periphery of the subtropical ridge, making landfall into the Philippine Islands in the next 24 hours. High ocean heat content, ample outflow and the favorable environment of low vertical wind shear will allow the system to maintain itself as a strong typhoon through landfall, with only a slow weakening of the system expected due to a slight decrease in environmental conditions. After landfall, Bopha is expected to weaken more quickly as the system tracks over the Philippines. 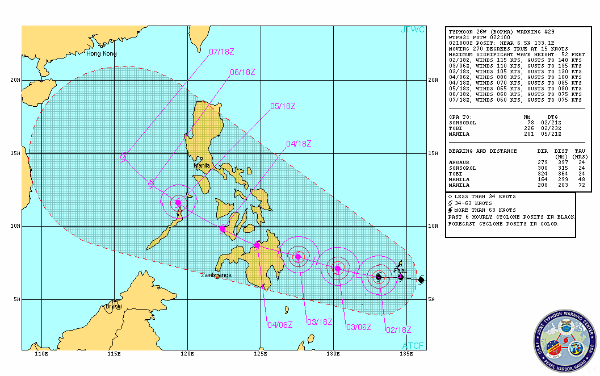 On November 23, a large area of convection persisted 650 km (400 mi) south of Pohnpei, near the equator or at latitude of 0.6ºN. Late on November 25, the JTWC issued a tropical cyclone formation alert after it organized further. Around the same time, the Japan Meteorological Agency (JMA) classified the system as a tropical depression, about 410 km (255 mi) south-southwest of Pohnpei. The JTWC also upgraded the system to Tropical Depression 26W. On November 27, the JTWC upgraded Bopha into a tropical storm. Bopha gradually increased in size. The band of convection became so large, and organize, that the band began to resemble a ‘tail’ as NASA stated. By November 30, several hot towers began to rise up near the low-level circulation center, with on of the hot towers reaching 17 km (11 miles) into the atmosphere. JTWC further upgraded the system to a Category 1 typhoon by December 1, 2012. Bopha began to explosively deepen over the day, becoming a Category 4 super typhoon 18 hours later still less than five degrees from the equator. System has weaken by now, gaining typhoon strength back again.