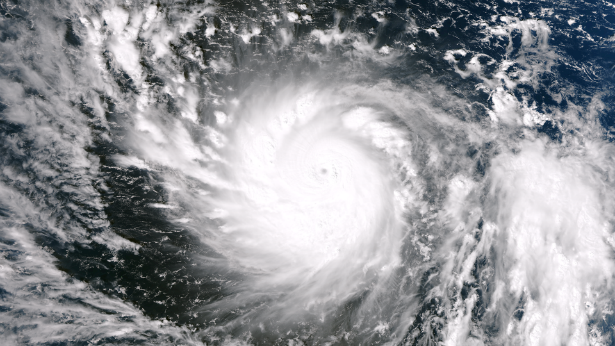 Strengthening Super Typhoon Haiyan (Yolanda) is posing a serious threat to the Philippines. Right now Haiyan is equal to an extremely powerful Category 5 hurricane in the Atlantic, spinning with powerful 333 km/h (207 mph) winds. Haiyan is now the strongest tropical system in the world for the 2013 season as estimated by wind speed and central pressure. It is expected to make landfall in the Philippines as equivalent of Category 4 or even Category 5 hurricane late on November 8, 2013. 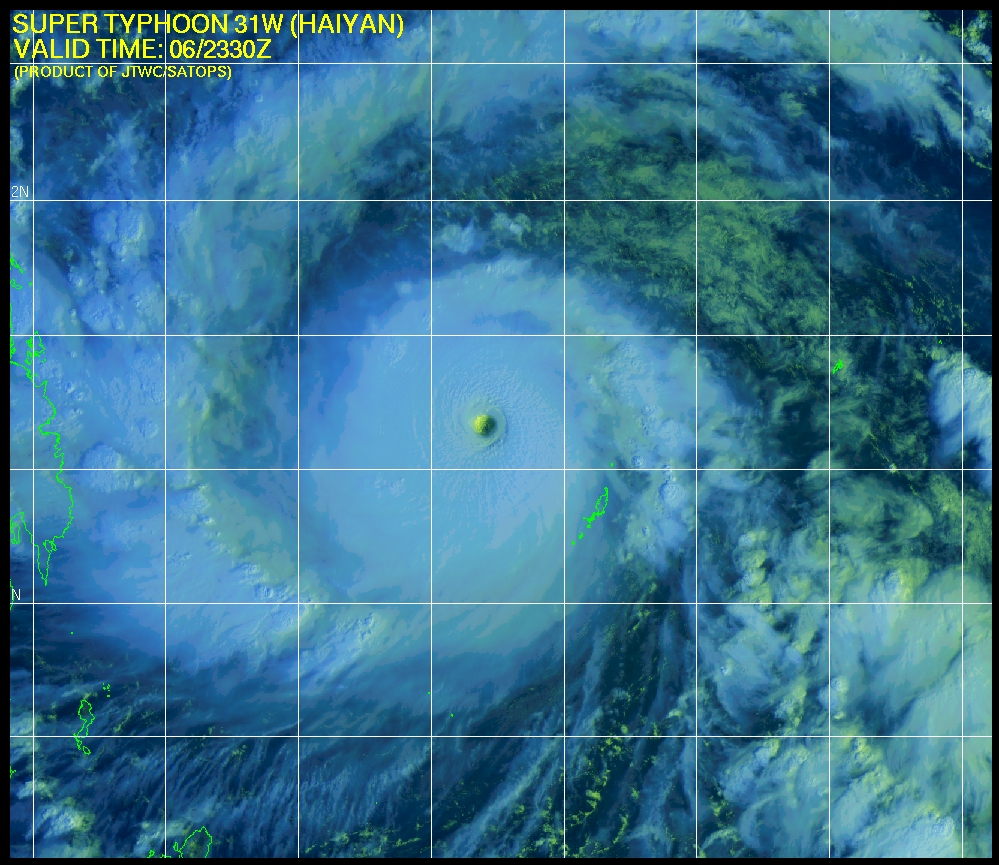 Torrential rain and damaging winds will accompany Haiyan through the central Philippines, triggering life-threatening flash floods, as well as severe and inundating storm surge, especially along the eastern coast of southern Luzon and Samar islands.

Rain totals along the path of Haiyan could top 200 mm (8 inches). Mudslides are a serious concern in the higher terrain, where localized totals of 250 to 300 mm (10 to 12 inches) of rain could be expected.

Data from TRMM's TMI and PR instruments on November 6, 2013 at 1026 UTC revealed that rain was falling at a rate of over 100mm/~3.9 inches per hour (purple)around Haiyan's eye. (Credit: NASA/SSAI Hal Pierce) 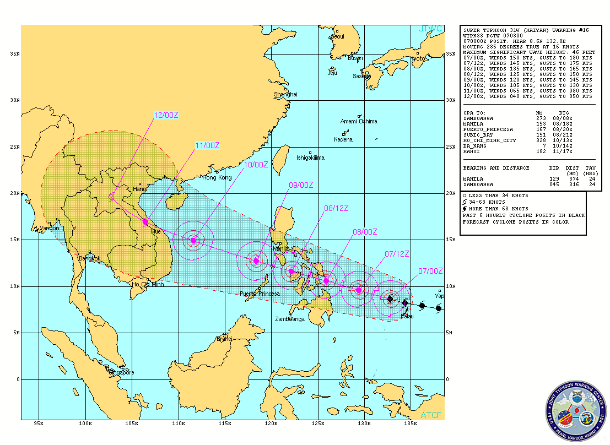 The expected track of Haiyan will take it directly over the areas hardest hit by a powerful 7.1 magnitude earthquake that devastated area in the middle of October. The U.S. National Hurricane Center website indicates that a Category 5 hurricane/typhoon would cause catastrophic damage: A high percentage of framed homes will be destroyed, with total roof failure and wall collapse. Fallen trees and power poles will isolate residential areas. Power outages will last for weeks to possibly months. Most of the area will be uninhabitable for weeks or months.

Thousands of people are being evacuated.

According to PAGASA, after hitting Guiuan, the system is expected to traverse the provinces of Leyte, Biliran, Northern tip of Cebu, Iloilo, Capiz, Aklan, Romblon, Semirara Island, Southern part of Mindoro then Busuanga and will exit the Philippine landmass (Saturday Morning) towards the West Philippine Sea.

Haiyan will remain a dangerous cyclone as it emerges into the South China Sea and continues to move to the west-northwest toward Vietnam by late November 10, 2013. Flooding and mudslides are going to be the most serious threats for affected areas. 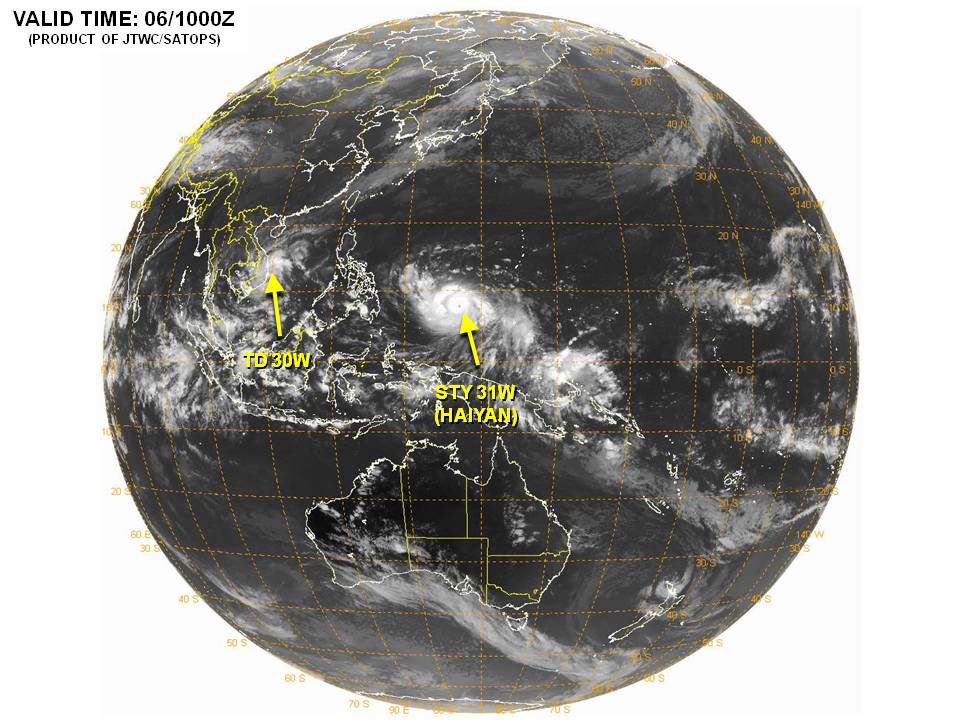