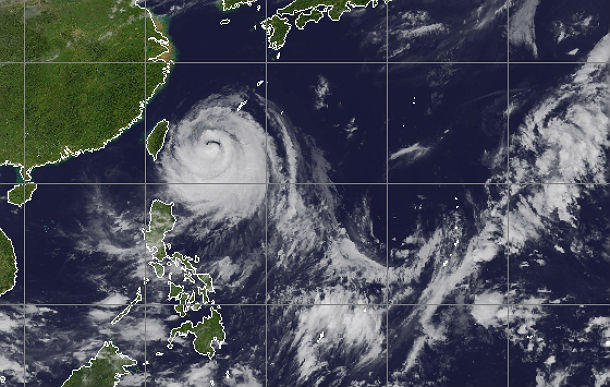 Powerful Typhoon Soulik is about to hit northern Taiwan with destructive winds, storm surge, flooding rain and mudslides. Winds higher than 105 knots (195 km/h) with gusts up to 130 knots (240 km/h) are expected during the landfall. Soulik is forecast to move very closely to the city of Taipei, home of 2,5 milion people, as a Category 2 typhoon. Typhoon Soulik (Huaning) is the strongest storm so far in this typhoon season. It reached Category 4 status and Hong Kong Observatory categorized it as a "supertyphoon". The system is expected to slightly intensify in the next 12 hours as it continues to track over the warm Kuroshio current. 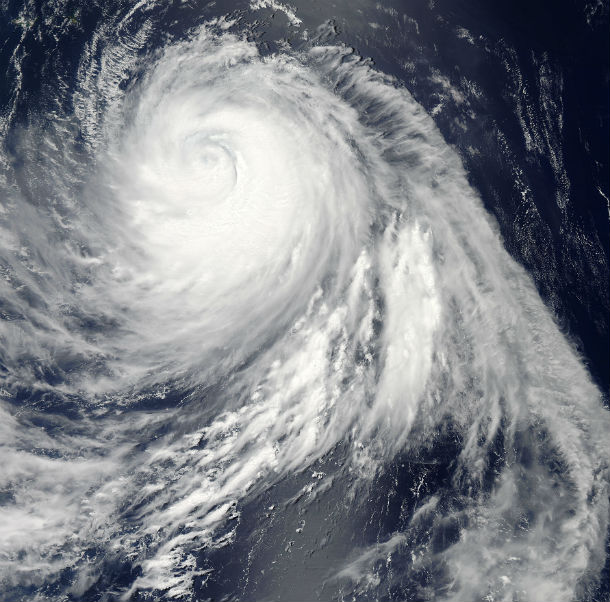 According to latest report by Joint Typhoon Warning Center (JTWC), at 21:00 UTC on July 11, 2013, the center of Typhoon Soulik was located approximately 245 nm south- southwestward of Kadena AB. The system is moving westward at 14 knots (26 km/h). Typhoon Soulik is currently Category 3 typhoon with maximum sustained wind speed of 95 knot (176 km/h), with gusts up to 115 knots (213 km/h). 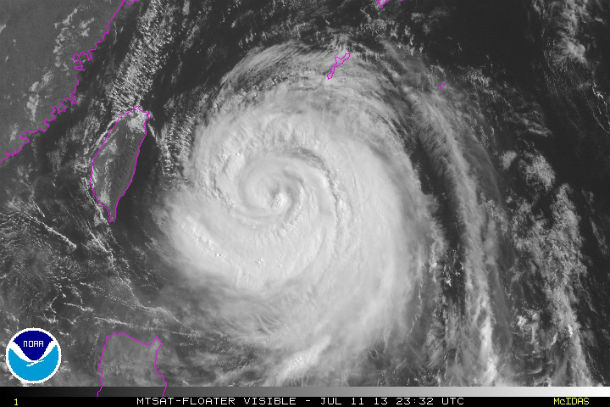 According to Global Disaster Alert and Coordination System (GDACS), the population affected by winds higher than Category 1 (120 km/h) is 26.7million. Authorities in Taiwan already evacuated 2,300 tourists from Green Island, off the southeastern city of Taitung, and issued a warning to ships sailing north and east off Taiwan.

Storm surge in the northeast could rise about 2 to 3 meters (6 to 10 feet) above normal high tide level. 2.2 million people people are living in coastal areas below 5 meters and can be affected by storm surge. However, the biggest concern remains severe rainfall which can cause devastating floods and mudslides. Rain accumulations of more than 600 mm are expected during the Soulik's landfall. 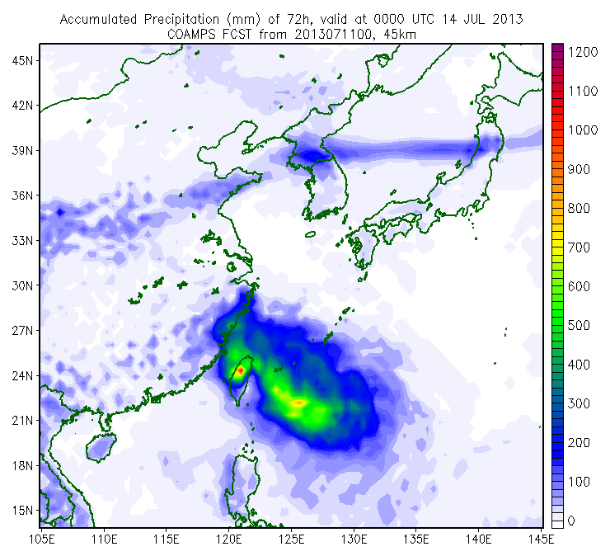 COAMPS Model Rainfall Forecast is showing rainfall accumulation of more than 500mm in Northern Taiwan through the next 3 days. (Credit: NRL/COAMPS)

Strong winds and torrential rains also start to affect southern Ryuku Islands, Japan. The Okinawa Weather Bureau warned waves of up to 12 metres and gusts of winds up to 127 knots (234 km/h) may hit parts of the far southwest of the archipelago.

According to the JTWC, Typhoon Soulik is forecast to move just south of Japan’s Ishigaki-jima Island early on July 12, and brush the northern end of Taiwan later in the day as it heads to China for landfall on July 13, 2013. 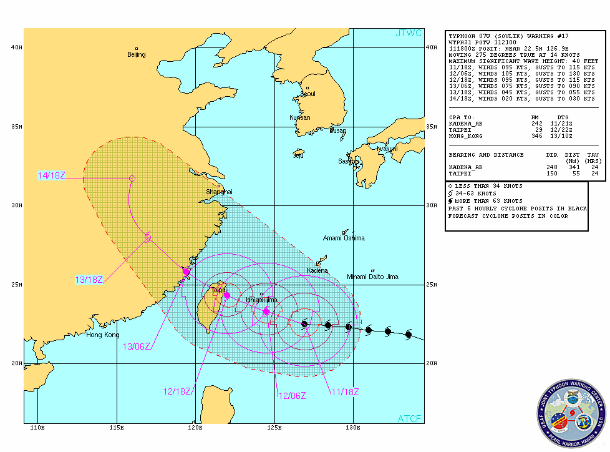 Soulik will weaken during the interraction with the land, however, it is expected to gain more strength in Taiwan Strait before making second landfall around Zheijan and Fujian, China. Soulik is then expected to move further inland and turn north along the western periphery of the deep subtropical ridge. A combination of increasing vertical wind shear and land interaction will erode the system, with more rapid weakening occurring after landfall with Taiwan and China. Typhoon Soulik is the ninth storm to hit mainland China since the start of the season. 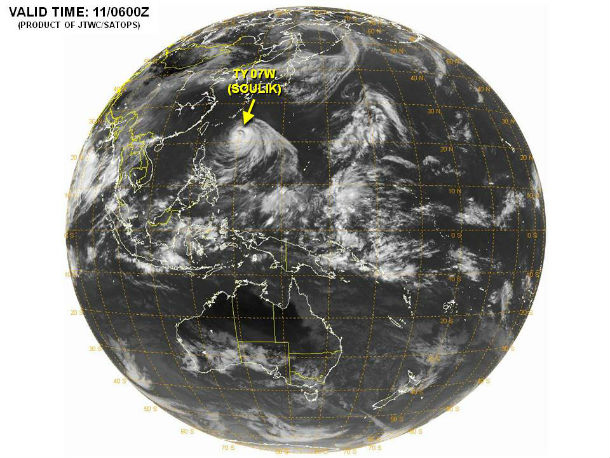