The International Space Station is expanding the use of its Hyperspectral Imager for the Coastal Ocean (HICO) instrument to more Earth scientists and environmental researchers.

HICO records highly detailed images of various environments on Earth for research, support and management. Now that the instrument has completed its primary mission of collecting regional coastal ocean data for civilian and naval research, NASA will continue to support HICO and encourage new users. HICO is mounted to the station's Japanese Experiment Module Exposed Facility. 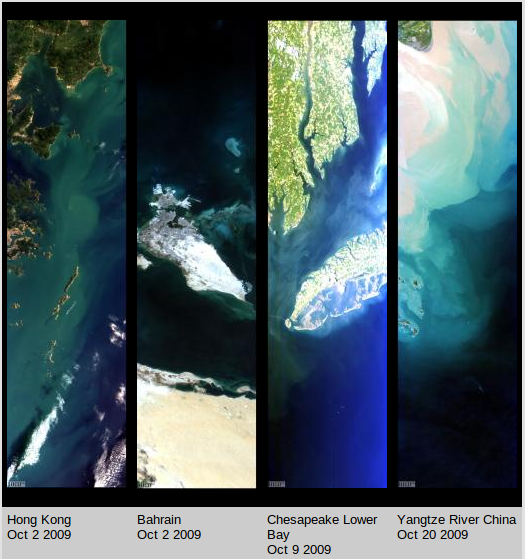 The Hyperspectral Imager for the Coastal Ocean (HICO) is an imaging spectrometer based on the PHILLS airborne imaging spectrometers. HICO is the first spaceborne imaging spectrometer designed to sample the coastal ocean. HICO samples selected coastal regions at 90 m with full spectral coverage (380 to 960 nm sampled at 5.7 nm) and a very high signal-to-noise ratio to resolve the complexity of the coastal ocean. HICO demonstrates coastal products including water clarity, bottom types, bathymetry and on-shore vegetation maps. Each year HICO collects approximately 2000 scenes from around the world.The current focus is on providing HICO data for scientific research on coastal zones and other regions around the world. To that end we have developed this website and we will make data available to registered HICO Data Users who wish to work with us as a team to exploit these data. Source: NASA HICO

Scientists can use information from HICO to detail the biological and chemical signatures of aquatic and terrestrial materials. When the instrument scans an area of Earth, its sensor can reveal things invisible to the human eye such as chemical compounds in coastal waters or the presence of microscopic sea life. The Environmental Protection Agency has tapped HICO as a resource to monitor coastal water quality.

New proposals for scientific or commercial use of HICO's data should be submitted through the HICO website. Proposals requesting new uses of the instrument will be evaluated by the International Space Station Program, NASA's Science Mission Directorate, the HICO project scientist and the Center for the Advancement of Science in Space. Oregon State University in Corvallis manages the HICO website, and the Naval Research Laboratory operates the sensor itself.

To submit a proposal to use HICO, visit: