Every January, bits of asteroid 2003 EH1 stumbles upon the Earth's orbit, creating a spectacular meteor shower called the Quadrantids. When the fragments crash with our atmosphere, they shatter and produce colorful streaks in the sky. This is what Koch witnessed on January 4, 2020.

The composite image, created using data from the Visible Infrared Imaging Radiometer Suite (VIIRS), was taken as the ISS passed over Edmonton, Canada, about 11:30 UTC. Koch was also able to capture the aurora over the region at the same time.

"Can you see shooting [stars] from space? Turns out, yes! The first meteor shower of the decade and we were lucky enough to catch it from the space station along with the northern lights," Koch wrote on her social media account. 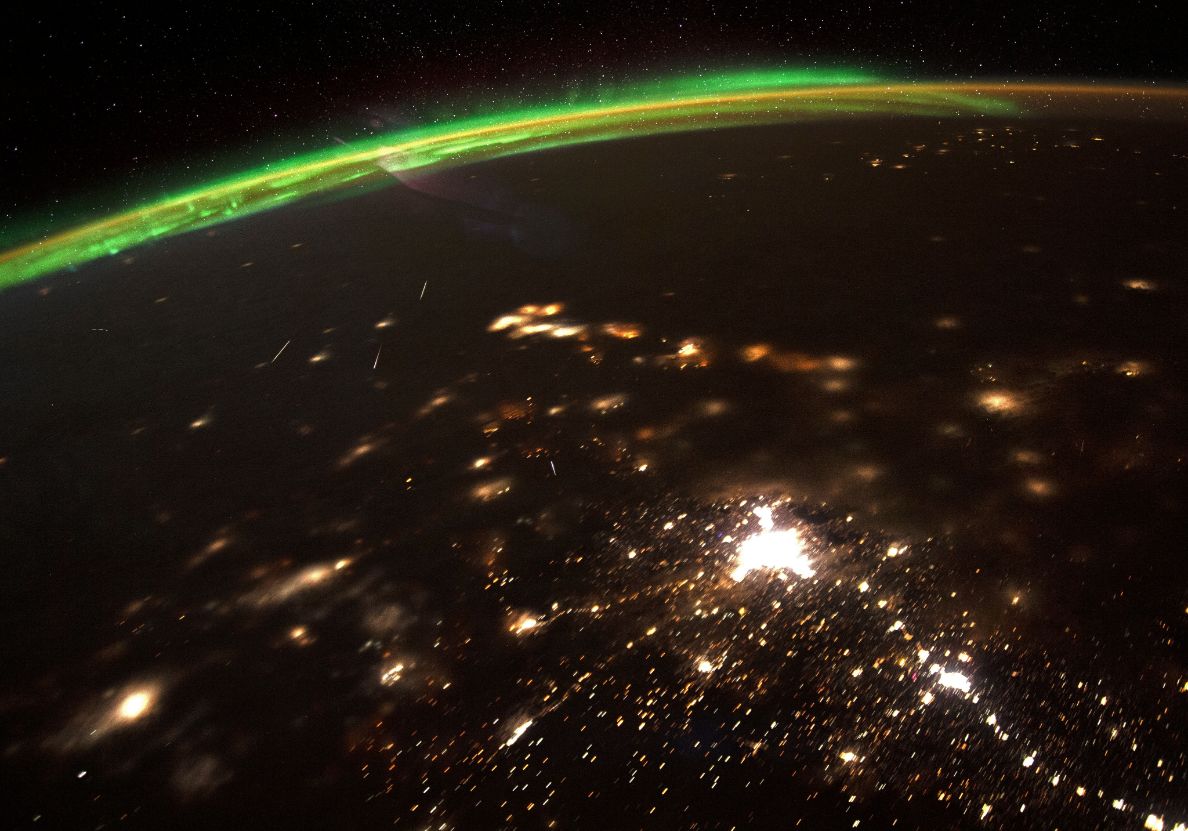 Quadrantids are known for their brilliant fireball meteors — bigger explosions of light and color — and are considered to be one of the best yearly meteor showers. They can also last longer than the average meteor streak.

Bill Cooke, lead at the NASA Meteoroid Environment Office, said meteors fly by the ISS all the time but astronauts do not see them as "the meteor is just a little piece of rock, but it is so dark and moves so fast that you don't see it whiz by."

He added that astronauts see the meteors when they gaze down and see them blazing up near Earth's atmosphere, appearing as streaks of light.

Meanwhile, Koch is scheduled to record the longest single spaceflight by a woman, with an expected total of 328 days in space by the time she comes back in February. She exceeded the previous record set by NASA astronaut Peggy Whitson in 2017, who spent 288 consecutive days in space.