Quadrantids are considered to be one of the best annual meteor showers, known for their bright fireball meteors – larger explosions of light and color that can persist longer than an average meteor streak.

This year, they peak on the night of January 3rd and the morning of January 4th, around 04:00 UTC. Traveling at velocity of 41 km/s (25.5 mps), Quadrantids radiate from the constellation Bootes, originally Quadrans Muralis which is now a defunct constellation. We can usually expect approximately 80 meteors per hour, however, the nearly full moon will block out most of the show this year.

Quadrantids origin is an extinct asteroid or a possible "rock comet" 2003 EH1, discovered on March 6, 2003 by the Lowell Observatory Near-Earth Object Search (LONEOS). Their peak is much shorter than an average meteor shower due to its thin stream of particles and the fact that Earth crosses the stream at a perpendicular angle. 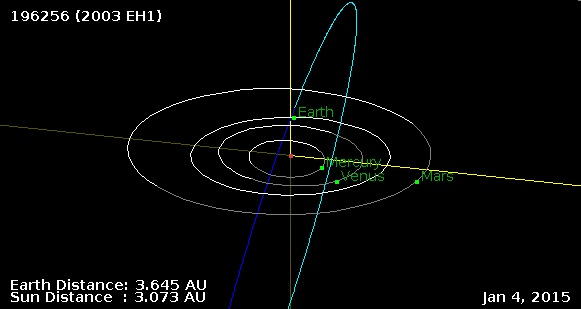 They are active from December 28 – January 12 and are best viewed in the Northern Hemisphere, during the night and pre-dawn hours.

To view the Quadrantids, find an area well away from city or street lights. Be patient – the show will last until dawn, so you have plenty of time to catch a glimpse.