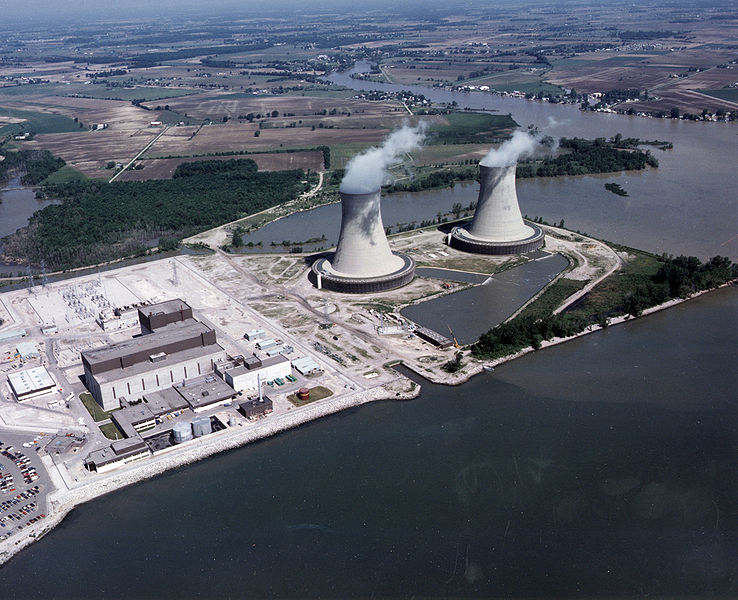 Fermi 2 reactor of the Enrico Fermi Nuclear Generating Station near Monroe, Michigan has been shut down on Monday, June 25, 2012 due to an equipment problem.

The Monroe Evening News reports crews idled the plant around 1:30 p.m. when its steam condenser lost the vacuum that pulls steam across a series of cooling tubes. The condenser turns steam back into water after it’s used to spin the plant’s turbines.

Plant spokesman Guy Cerullo says Fermi 2 “is in a safe, stable condition.” Cerullo says plant operator is investigating the reason for the pressure loss, and he didn’t know when Fermi 2 would be back in operation.

Fermi 2 is a 1,098 net MWe General Electric boiling water reactor owned by DTE Energy and operated by subsidiary Detroit Edison. It was opened in January 1988.

On June 6, 2010 a weak tornado touched down and damaged the Fermi 2 generator building and forced an automatic shutdown. The tornados damaged electrical transmission and distribution infrastructure in the area leaving over 30,000 people without power in the area. The plant is connected to two single-circuit 345 kV Transmission Lines and 3 120 kV lines. They are operated and maintained by ITC Transmission.