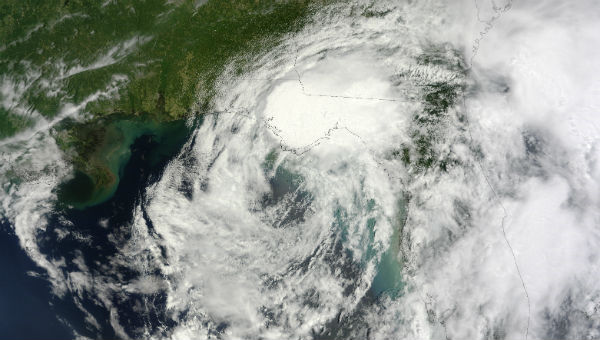 National Weather Service doppler radar data indicate that Debby has made landfall near Steinhatchee in Florida. According to National Hurricane Center at 21:00 UTC the center of Tropical storm Debby was located on the coast near latitude 29.5N and longitude 83.4W, about 55 km (35 miles) north-northwest of Cedar Key, Florida. Debby is moving toward the east-northeast at speed of 9 km/h (6 mph). Maximum sustained winds remain near 65 km/h (40 mph) with higher gusts. Tropical storm winds extend outward up to 280 km (175 miles) mainly to the southeast of the center. Isolated tornadoes are possible across the Florida Peninsula. 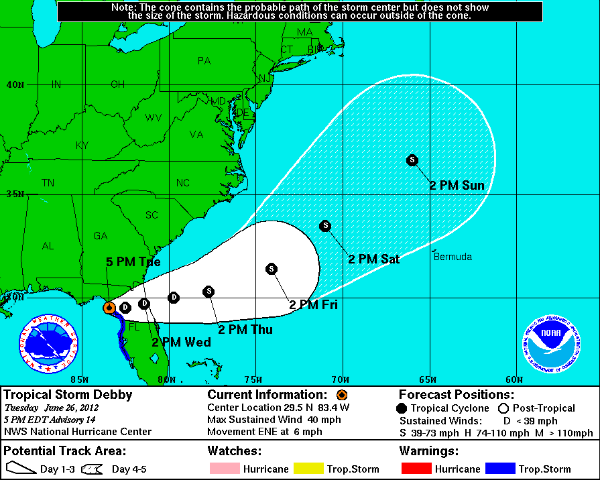 Even though Debby continues to slowly weaken, coastal flooding will continue during the next two days due the persistent onshore winds. The combination of storm surge and the tide will cause areas near the coast to be flooded by rising waters during the high tides. Debby is expected to produce additional rain accumulations of 102-203 mm (4 to 8 inches) over northern Florida and extreme southeastern Georgia through Wednesday evening, with isolated rainfall totals as high as 254 mm (10 inches). Isolated storm total amounts of 635 mm (25 inches) are possible in northern Florida. 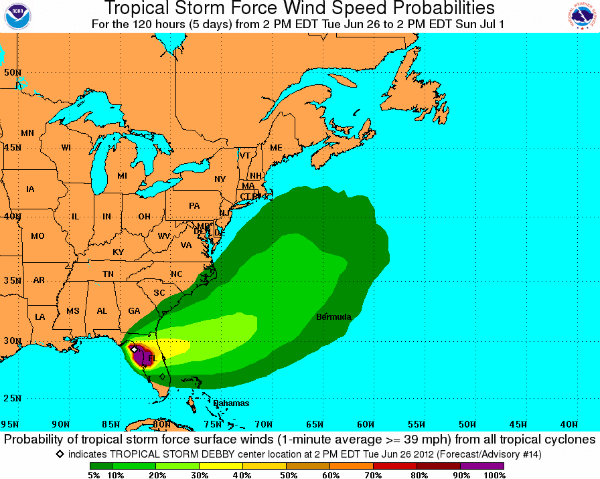 The tropical storm warning in the Florida Panhandle and Florida Big Bend from Mexico beach to west of Steinhatchee has been discontinued. Debby is expected to weaken into tropical depression tonight.

Since its start, Tropical Storm Debby has produced tremendous rainfall in part of the Deep South. Indications are the storm will continue its flooding legacy until the very end. During Sunday into Monday, north-central Florida was clobbered by torrential rain. During Monday into Tuesday, northern Florida, including part of the panhandle, was inundated. Over a foot (305 mm) of rain has fallen in portions of Florida the past couple of days. There have been unofficial amounts up to 610 mm (two feet) in the Curtis Mill area in Florida. Sanborn (Florida) received 510.5 mm (20.10 inches) of rain in 24 hours. 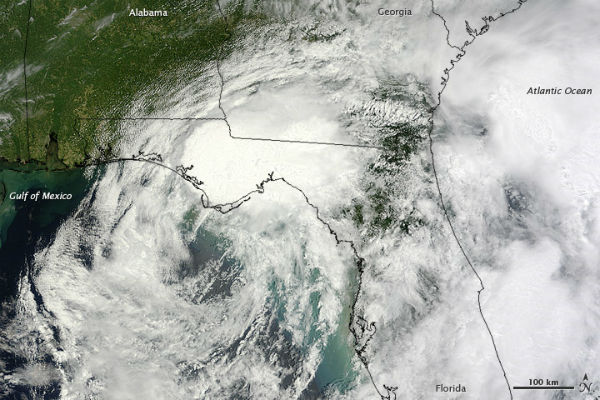 The storm has also spawned nearly two dozen tornadoes, which downed power lines, damaged homes and businesses and flipped semi trucks. More damaging winds from thunderstorms and tornadoes are possible as Debby churns in the northeastern Gulf of Mexico. Central Florida has the greatest risk of severe weather. 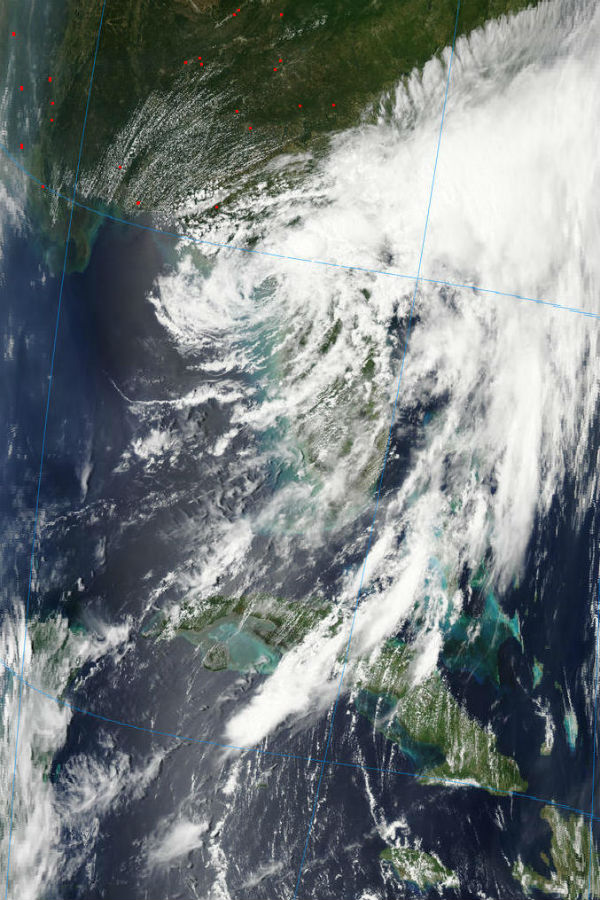 During the middle of the week, the heaviest rainfall is switching to northeastern Florida and the Georgia coast, the area where the greatest danger of new urban and low-lying area flooding can occur.