Tropical Depression Doksuri formed east of the Philippines on Tuesday. This depression currently has sustained winds of 35 mph with higher gusts and is enhancing rainfall across the central and southern Philippines. 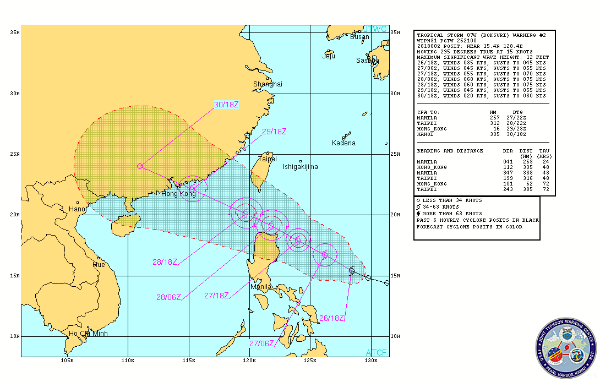 PAGASA reports that Tropical Storm DINDO (Doksuri) has maintained its strength as it moves towards extreme northern Luzon, Philippines. Southwest monsoon is still affecting Visayas and Mindanao regions. Residents living in low-lying and mountainous areas, under public storm warning signal #1, are alerted against possible flashfloods and landslides. Estimated rainfall amount is from 15 - 25 mm per hour (heavy - intense) within the 400 km diameter of the Tropical Storm. Fishing boats and other small seacrafts are advised not to venture out into the Eastern Seaboards of Central and Southern Luzon and Visayas due to the combined effect of Tropical Storm "DINDO" and the Southwest Monsoon. 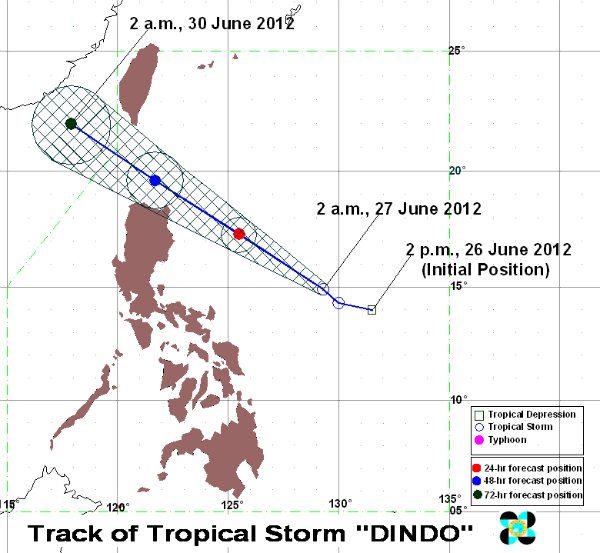 The potential exists for this depression to intensify into a tropical storm as it moves slowly northwestward over the next several days. Even if it remains a depression, locally heavy rainfall will occur across parts of the Philippines through at least Thursday, when the center is expected to pass just north of Luzon and to the south of Taiwan. Locally heavy rainfall will be possible in Luzon Wednesday night through Thursday night then across southern Taiwan Thursday night and Friday.

Model guidance is then suggesting that Doksuri will continue to the west and make a landfall in southeast China, in the vicinity of Hong Kong by Friday night or Saturday. 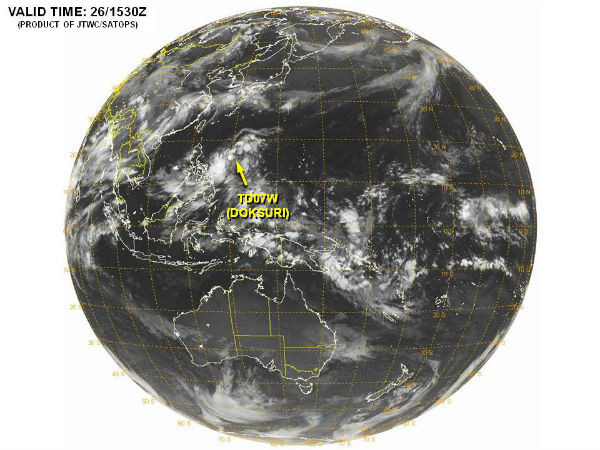