Tropical Storm Doksuri is currently in the South China Sea and is north-northeast of the Philippines. Potentially flooding rainfall and damaging winds could hammer Hong Kong as Doksuri makes landfall this weekend. Some strengthening is expected as it goes over warm waters. For now it looks like the system will miss 7 million residents of Hong Kong area.

Landfall is expected anywhere between the island of Hainan and the highly populated city-state of Hong Kong sometime this weekend. According to JTWC reports, Doksuri's most likely place for landfall will be close to the northern part of Hainan Island or the Leizhou peninsula in the Chinese peninsula of Guangdong. The most likely time for this is around noon Saturday, Hong Kong local time. Heavy rain will likely cause flooding. There may be major disruptions to travel on top of potential damage. 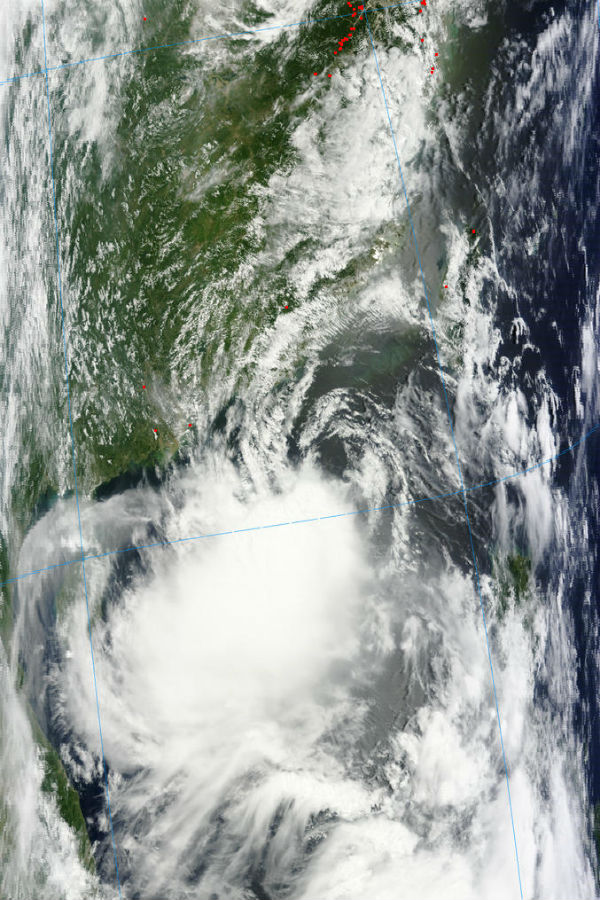 According to latest bulletin by Joint Typhoon Warning Center (JTWC), Tropical Storm 07W (Doksuri) is located 100 nm south-southeast of hong Kong and it is moving west-northwestward at speed of 13 knots. Maximum sustained winds are 40 knots (74 km/h) with gusts up to 50 knots (92 km/h). 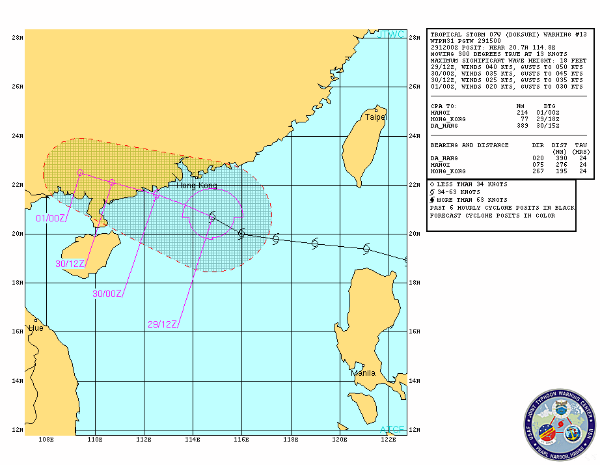 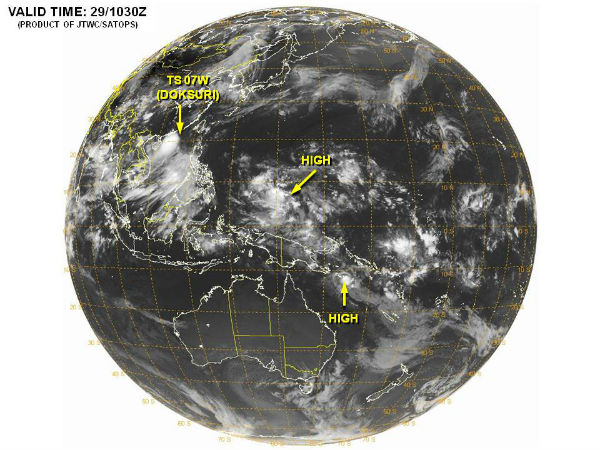 Another named tropical storm or typhoon may move through the Philippines early next week. JTWC reported system forming 530 nm southeast from Yap. Maximum sustained winds are estimated at 15 to 20 knots and minimum central pressure is near 1006 MB.  JTWC estimated that the potential for the development of a significant tropical cyclone within the next 12 to 24 hours is high.