Last week we had a report of several tons of dead sardines found in Ohara fishing port in Isumi city Chiba, Japan and today Fukushima Diary is bringing our attention to another mass animal death. 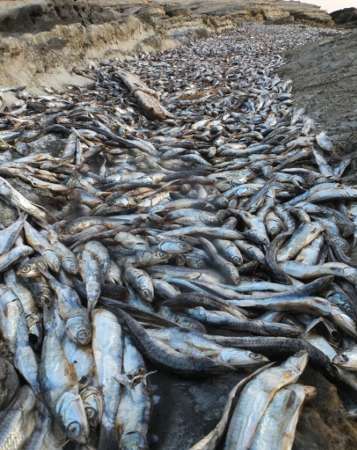 Approximately 10 thousand sardines were found dead on the beach in Minami Shitaura-machi, Miura city, Kanagawa Prefecture. Public Interest Incorporated Foundation staff reported it to the city government on June 14th. Probably it’s been a few days since they were washed up.

From the result of simple water quality testing, nothing abnormal was found but prefectural government is going to investigate more.

Staff talks there is a possibility that the sardines were chased after large predators from offshore, but a farmer near this area talks he hasn’t seen such a thing before.