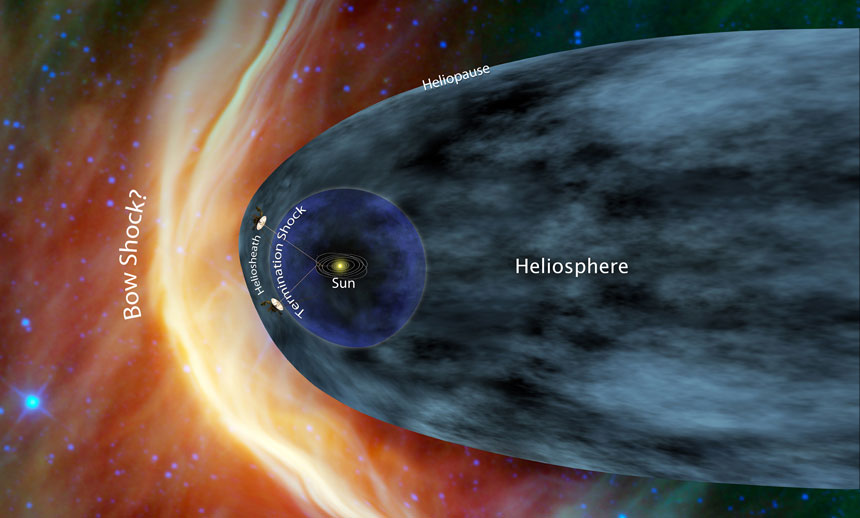 Data from NASA’s Voyager 1 spacecraft indicate that the venerable deep-space explorer has encountered a region in space where the intensity of charged particles from beyond our solar system has markedly increased. Voyager scientists looking at this rapid rise draw closer to an inevitable but historic conclusion – that humanity’s first emissary to interstellar space is on the edge of our solar system.

“The laws of physics say that someday Voyager will become the first human-made object to enter interstellar space, but we still do not know exactly when that someday will be,” said Ed Stone, Voyager project scientist at the California Institute of Technology in Pasadena. “The latest data indicate that we are clearly in a new region where things are changing more quickly. It is very exciting. We are approaching the solar system’s frontier.” 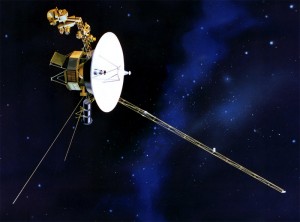 The data making the 16-hour-38 minute, 11.1-billion-mile (17.8-billion-kilometer), journey from Voyager 1 to antennas of NASA’s Deep Space Network on Earth detail the number of charged particles measured by the two High Energy telescopes aboard the 34-year-old spacecraft. These energetic particles were generated when stars in our cosmic neighborhood went supernova.

“From January 2009 to January 2012, there had been a gradual increase of about 25 percent in the amount of galactic cosmic rays Voyager was encountering,” said Stone. “More recently, we have seen very rapid escalation in that part of the energy spectrum. Beginning on May 7, the cosmic ray hits have increased five percent in a week and nine percent in a month.”

This marked increase is one of a triad of data sets which need to make significant swings of the needle to indicate a new era in space exploration. The second important measure from the spacecraft’s two telescopes is the intensity of energetic particles generated inside the heliosphere, the bubble of charged particles the sun blows around itself. While there has been a slow decline in the measurements of these energetic particles, they have not dropped off precipitously, which could be expected when Voyager breaks through the solar boundary.

The final data set that Voyager scientists believe will reveal a major change is the measurement in the direction of the magnetic field lines surrounding the spacecraft. While Voyager is still within the heliosphere, these field lines run east-west. When it passes into interstellar space, the team expects Voyager will find that the magnetic field lines orient in a more north-south direction. Such analysis will take weeks, and the Voyager team is currently crunching the numbers of its latest data set.

The Big Surprise from the Edge of the Solar System

“Voyager tells us now that we’re in a stagnation region in the outermost layer of the bubble around our solar system,” said Ed Stone, Voyager project scientist at the California Institute of Technology in Pasadena. “Voyager is showing that what is outside is pushing back. We shouldn’t have long to wait to find out what the space between stars is really like.”

By the end of 2011 they said the probes have just sent back very big news – It’s bubbly out there.

According to computer models, the bubbles are large, about 100 million miles wide, so it would take the speedy probes weeks to cross just one of them. Voyager 1 entered the “foam-zone” around 2007, and Voyager 2 followed about a year later. At first researchers didn’t understand what the Voyagers were sensing–but now they have a good idea.

“The sun’s magnetic field extends all the way to the edge of the solar system,” explains Merav Opher, a NASA Heliophysics Guest Investigator from George Mason University. “Because the sun spins, its magnetic field becomes twisted and wrinkled, a bit like a ballerina’s skirt. Far, far away from the sun, where the Voyagers are now, the folds of the skirt bunch up.”

When a magnetic field gets severely folded like this, interesting things can happen. Lines of magnetic force criss-cross, and “reconnect”. (Magnetic reconnection is the same energetic process underlying solar flares.) The crowded folds of the skirt reorganize themselves, sometimes explosively, into foamy magnetic bubbles.

“We never expected to find such a foam at the edge of the solar system, but there it is!” says Opher’s colleague, University of Maryland physicist Jim Drake.

“The magnetic bubbles appear to be our first line of defense against cosmic rays,” points out Opher. “We haven’t figured out yet if this is a good thing or not.”

On one hand, the bubbles would seem to be a very porous shield, allowing many cosmic rays through the gaps. On the other hand, cosmic rays could get trapped inside the bubbles, which would make the froth a very good shield indeed. 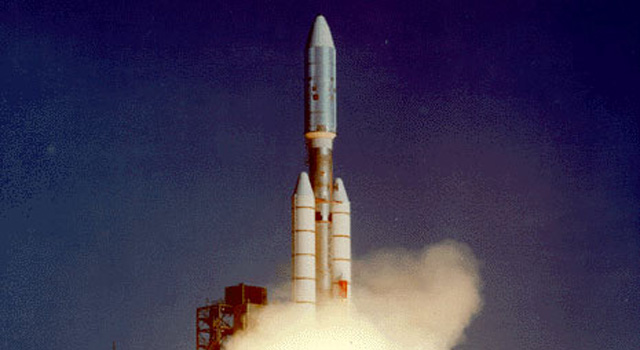 “When the Voyagers launched in 1977, the space age was all of 20 years old,” said Stone. “Many of us on the team dreamed of reaching interstellar space, but we really had no way of knowing how long a journey it would be — or if these two vehicles that we invested so much time and energy in would operate long enough to reach it.”

As originally designed, the Voyagers were to conduct closeup studies of Jupiter and Saturn, Saturn’s rings, and the larger moons of the two planets.

To accomplish their two-planet mission, the spacecraft were built to last five years. But as the mission went on, and with the successful achievement of all its objectives, the additional flybys of the two outermost giant planets, Uranus and Neptune, proved possible — and irresistible to mission scientists and engineers at the Voyagers’ home at the Jet Propulsion Laboratory in Pasadena, California.

As the spacecraft flew across the solar system, remote-control reprogramming was used to endow the Voyagers with greater capabilities than they possessed when they left the Earth. Their two-planet mission became four. Their five-year lifetimes stretched to 12 and more.

Eventually, Voyager 1 and 2 explored all the giant outer planets of our solar system, 48 of their moons, and the unique systems of rings and magnetic fields those planets possess.

They are the two most distant active representatives of humanity and its desire to explore.

Had the Voyager mission ended after the Jupiter and Saturn flybys alone, it still would have provided the material to rewrite astronomy textbooks. But having doubled their already ambitious itineraries, the Voyagers returned to Earth information over the years that has revolutionized the science of planetary astronomy, helping to resolve key questions while raising intriguing new ones about the origin and evolution of the planets in our solar system.

Voyager 1 and 2 are still in good health. As of March 2012 Voyager 2 is more than14.7 billion kilometers (9.1 billion miles, 98.3 AU) away from the sun. Voyager 1 was at a distance of 17.9 billion kilometers (11 billion miles, 119.9 AU) from the Sun. Both are operating as part of the Voyager Interstellar Mission, an extended mission to explore the solar system outside the neighborhood of the outer planets and beyond.

The Voyager spacecraft will be the third and fourth human spacecraft to fly beyond all the planets in our solar system. Pioneers 10 and 11 preceded Voyager in outstripping the gravitational attraction of the Sun but on February 17, 1998, Voyager 1 passed Pioneer 10 to become the most distant human-made object in space.