​University of Iowa researchers have reported on November 4, 2019, that the spacecraft Voyager 2 has entered the interstellar medium (ISM), the region of space outside the heliosphere or the protective bubble particles and magnetic fields produced by the Sun. Voyager 2 is now the second human-made object to venture out of the Sun's influence after Voyager 1 exited in 2012.

At a distance of about 18 billion km (11 billion miles) from Earth beyond the orbit of Pluto, Voyager 2 has entered interstellar space. Five new research papers in the Nature Astronomy journal explained what scientists observed since the spacecraft's historic journey.

"In a historical sense, the old idea that the solar wind will just be gradually whittled away as you go further into interstellar space is simply not true," said research author Don Gurnett.

"We show with Voyager 2 -and previously with Voyager 1 -that there's a distinct boundary out there. It's just astonishing how fluids, including plasmas, form boundaries."

Gurnett, professor emeritus in the UI Department of Physics and Astronomy, is the principal investigator on the plasma wave instrument aboard Voyager 2, as well as that of Voyager 1. Gurnett was also the author of the 2013 study that confirmed Voyager 1's journey in the ISM.

The spacecraft was launched within weeks of each other in 1977, carrying different mission goals and trajectories through space, yet they passed into ISM at the same distance from the Sun. 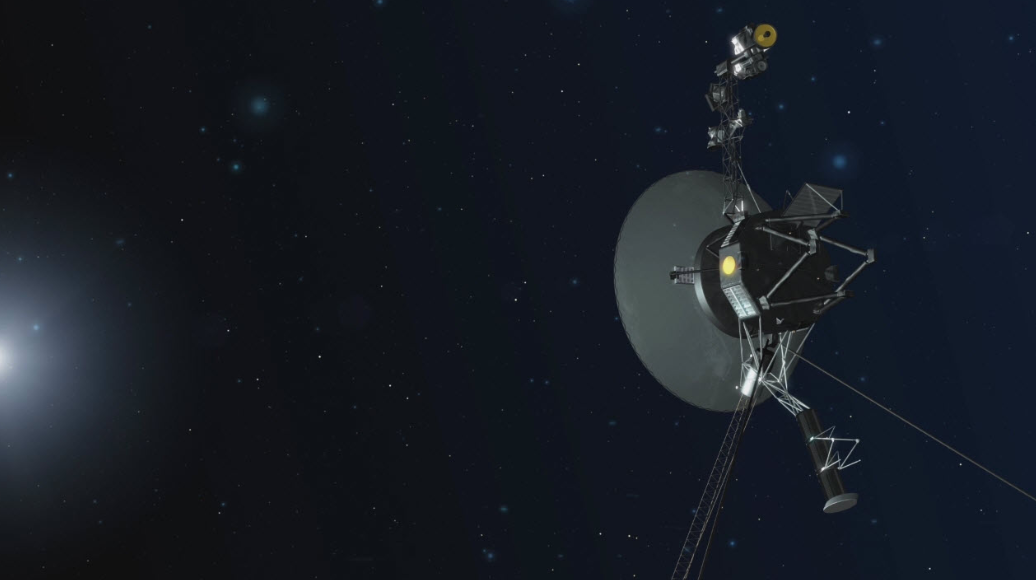 Both journeys gave notable clues to the structure of the heliosphere.

"It implies that the heliosphere is symmetric, at least at the two points where the Voyager spacecraft crossed," said Bill Kurth, a research scientist from UI and also a co-author of the research.

Gurnett added, "There's almost a spherical front to this. It's like a blunt bullet."

Information from the Iowa instrument on Voyager 2 also provided more clues as to how thick the heliosheath is, the outer region of the heliosphere and the point where the solar wind piles up against the upcoming wind in interstellar space.

Gurnett compared this to the effect of a snowplow on a street.

The researchers said the heliosphere has different thicknesses based on the data which showed that Voyager 1 sailed 10 astronomical units farther than its counterpart to reach the heliopause— the part where the solar wind and interstellar wind are in balance, and also considered to be the crossing point into interstellar space.

Based on models of the heliosphere, Voyager 2 was expected to cross first. 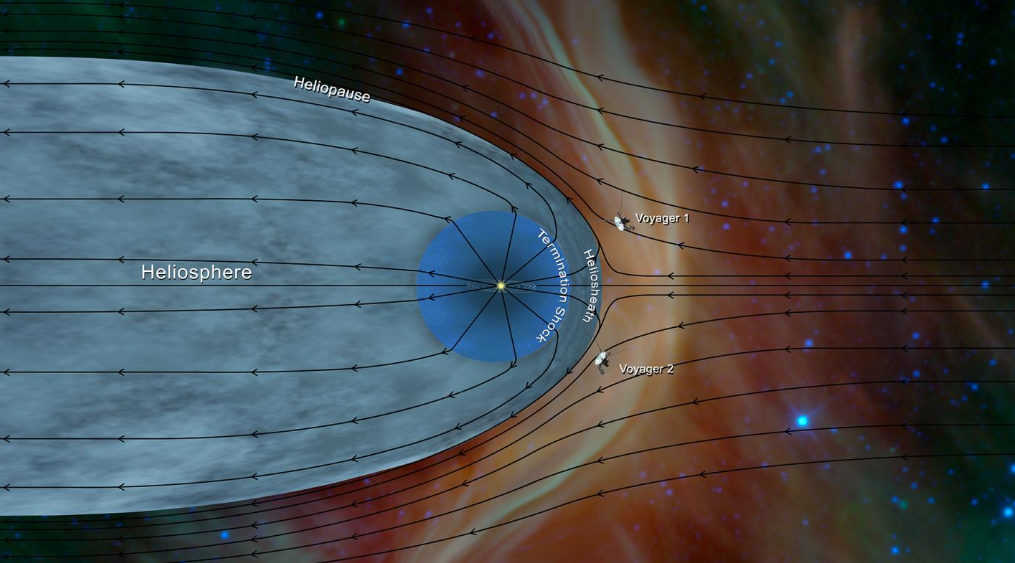 "It's kind of like looking at an elephant with a microscope," Kurth described.  "Two people go up to an elephant with a microscope, and they come up with two different measurements. You have no idea what's going on in between. What the models do is try to take information that we have from those two points and what we've learned through the flight and put together a global model of the heliosphere that matches those observations."

The final data from Voyager 1 was obtained when the spacecraft was at 146 astronomical units or more than 21.7 billion km (13.5 billion miles) from the Sun.

The plasma wave instrument recorded that the density is increasing, in data feeds from a spacecraft that is so now far away that it takes more than 19 hours for the information to be delivered to Earth.

"The two Voyagers will outlast Earth," Kurth said. "They're in their own orbits around the galaxy for five billion years or longer. And the probability of them running into anything is almost zero."

One year ago this week, Voyager 2 joined me in interstellar space. Today, five papers published detailing my twin's findings in the region just beyond the bubble created by our Sun. https://t.co/RqOfl7uV3F pic.twitter.com/ucRiTafLW3

Published in Nature Astronomy today, five papers reporting the measurements from Voyager 2 as it crossed from the heliosphere into interstellar space. For an overview, a good place to start is the News & Views from Du Toit Strauss: https://t.co/oSLcu7crUK pic.twitter.com/zrA61AH6Ie

After 41 years of travel, the Voyager 2 spacecraft joins its twin in interstellar space. A suite of papers report Voyager 2’s experience of its transition through the heliosheath and heliopause to what lies beyond.