Scientists reinspecting 34-year-old data from NASA's Voyager 2 have discovered one more secret about Uranus– something appears to have been pulling the ice-cold planet's atmosphere out into space.

After 34 years, scientists revisiting the data discovered that Voyager 2 flew through a plasmoid– a massive magnetic bubble that may have been whipping Uranus' atmosphere out into space.

The measurements had been studied before, but only with a relatively coarse view. In this new study, researchers looked at the measurements every two seconds. The detail indicated what had been missed– a zigzag in the magnetic field readings that lasted one minute of the spacecraft's 45-hour journey.

Scientists believe that the zigzag marked a plasmoid, something that was not particularly understood yet in 1986. Plasmoids can break off from the tip of magnetism surrounding a planet, like a teardrop.

These structures can pull charged particles out of a planet's atmosphere and whisk them into space. Uranus' situation is complicated, in particular, as the planet rotates on its side.

Based on the information, NASA estimates the plasmoid to be about 204 387 km (127 000 miles) long and twice as wide. While the data can provide NASA a better grasp of the blue planet's atmosphere, one gas bubble may not be enough to tell them everything.

"Imagine if one spacecraft just flew through this room and tried to characterize the entire Earth," said NASA researcher and study lead author Gina DiBraccio. "Obviously it’s not going to show you anything about what the Sahara or Antarctica is like"

NASA hypothesized that a similar phenomenon may also be the reason why Mars became dry and barren. To find out more about it, another spacecraft is required to be sent to Uranus.

"It's why I love planetary science. You're always going somewhere you don't really know," said DiBraccio. 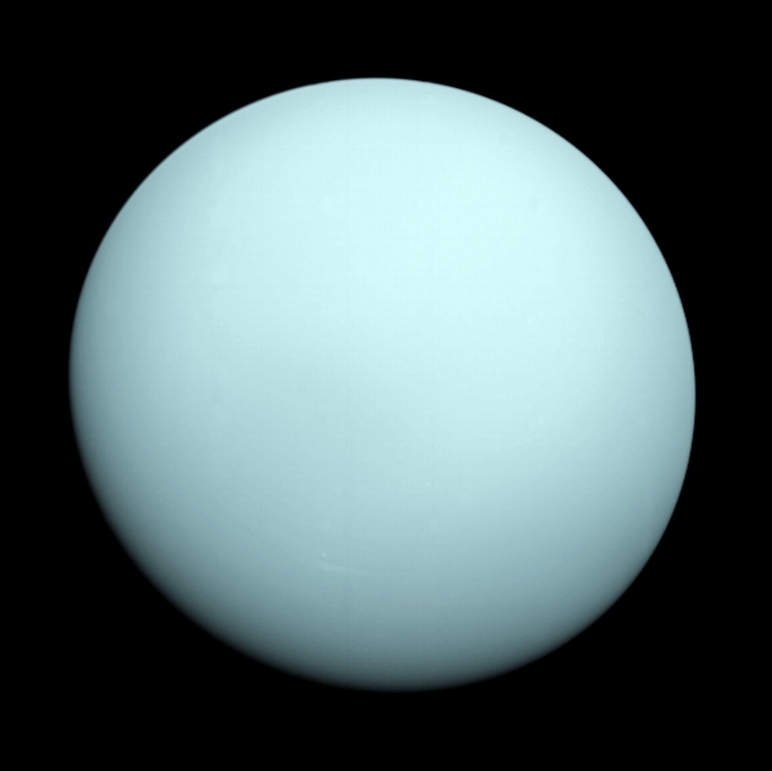 A magnetosphere controls a planet's evolution by suppressing or enhancing atmospheric loss to space. In situ measurements of Uranus' magnetosphere from the Voyager 2 flyby in 1986 provide the only direct evidence of magnetospheric transport processes responsible for this atmospheric escape at Uranus. Analysis of high‐resolution Voyager 2 magnetic field data in Uranus' magnetotail reveals the presence of a loop‐like plasmoid filled with planetary plasma traveling away from the planet. This first plasmoid observation in an Ice Giant magnetosphere elucidates that (1) both internal and external forces play a role in Uranus' magnetospheric dynamics, (2) magnetic reconnection contributes to the circulation of plasma and magnetic flux at Uranus, and (3) plasmoids may be a dominant transport mechanism for mass loss through Uranus' magnetotail.