At least one person died while 127 others were injured after a passenger train derailed in Hunan Province, China, on Monday, March 30, 2020. The accident occurred due to a landslide triggered by continuous heavy rains.

The tragedy took place in Chenzhou City at 03:40 UTC (11:40 LT), when the train was running from the city of Jinan in east China's Shandong Province to Guangzhou in Guangdong Province, according to China Railway Guangzhou Group.

The train went off the tracks after hitting debris from a landslide caused by persistent heavy rains in the area. According to a statement, one car caught fire while five derailed.

#Update 1 dead, 4 severely wounded, and 123 slightly injured after a passenger #train derailed in Central China's Hunan province on Monday. A preliminary investigation has found that a #landslide caused by continuous rainfall resulted in the accident. pic.twitter.com/T0poJHIMcL

One dead and 127 injured when a passenger train derailed and caught fire due to a landslide in the Chinese province of #Hunan . pic.twitter.com/lGeTDHaLUE

Local reports said at least one person was killed, while 127 were injured– four of which were severely wounded.

Since last week, parts of southern, eastern, and central China have been drenched by steady downpours. 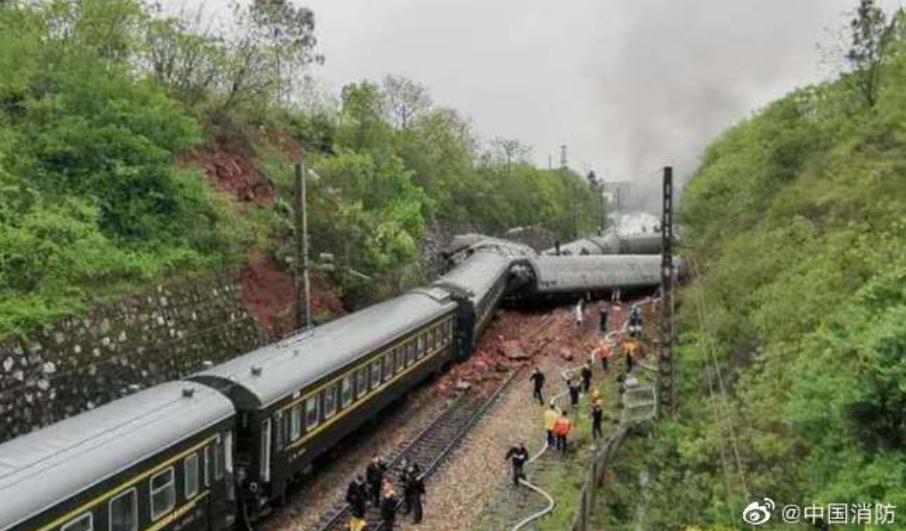 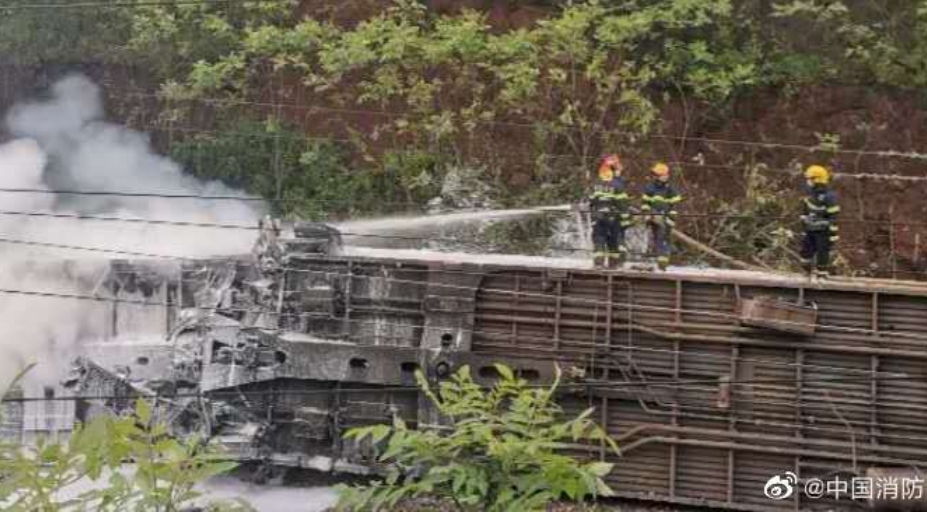 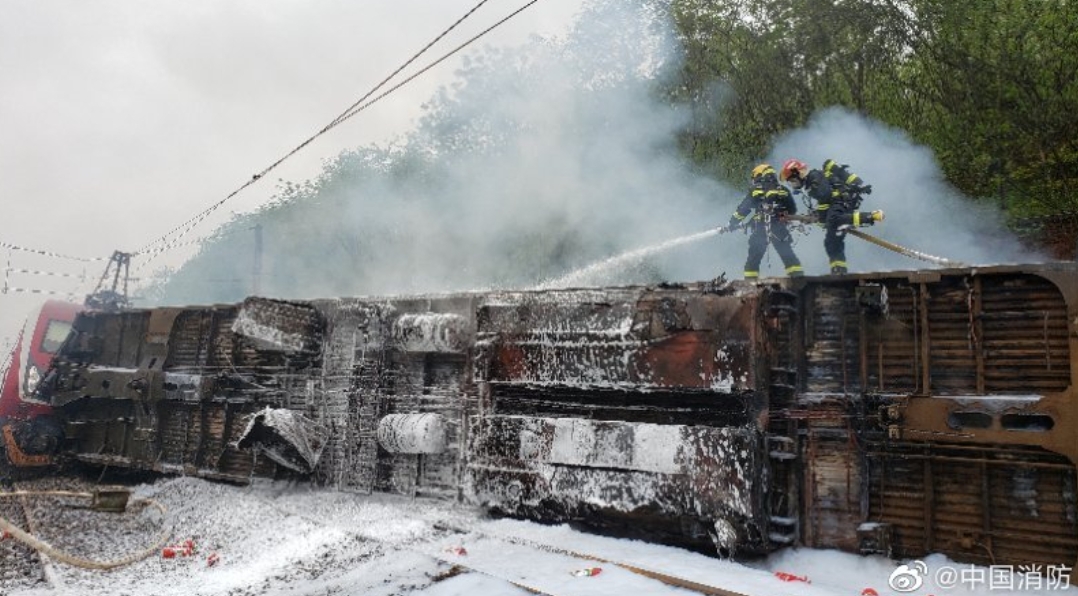