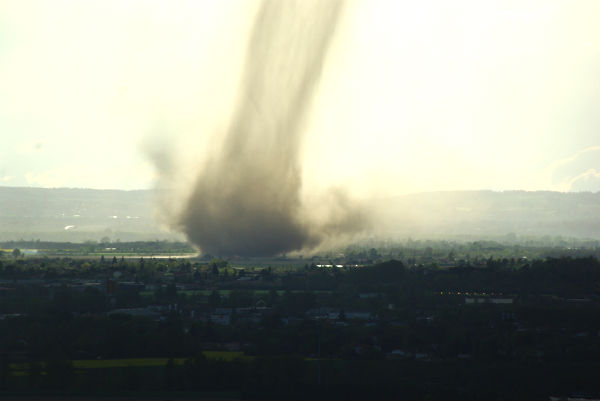 Last week we were reporting about tornado seen in Netherlands. Now a tornado touched down in the countryside of southern France on Sunday. Only minor damage was reported. According to a French website, Meteorologic, the tornado was rated as an F-1, implying highest winds about 115 to 180 km/h (73-112 mph).

The tornado was first sighted 15 to 20 kilometers (9 to 13 miles) south of Toulouse around 7:10 p.m. local time. The tornado then moved towards in a northeasterly direction toward the southern part of the city of Toulouse, France. Only minor damage was reported including collapsed walls, uprooted trees and cars moved out-of-place in Toulouse. The dust-laden funnel played beneath a thunderstorm and this was confirmed by numerous videos online. Here are some:

Weather observations from Toulouse showed thunderstorms in the area on late Sunday afternoon, local time. Weather maps showed that, at the time, a strong storm was centered off northwest France and southwest England, with cold front trailing south over southern France near Toulouse. 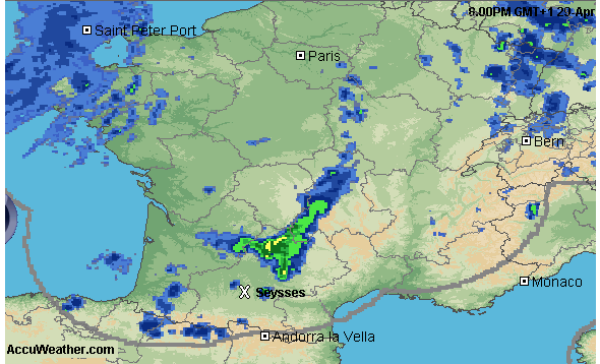 Violent tornadoes are rare in France. However, an Aug. 3, 2008, a twister tore through the town of Hautmont and several other towns, killing four people. The 2008 tornado left a path of destruction about 19 kilometers (12 miles) long through several small towns.