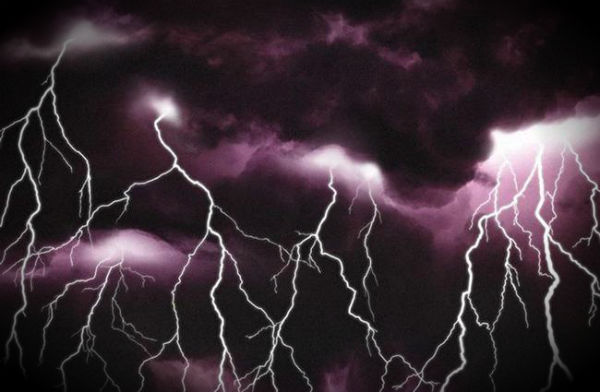 Twenty six people were killed and 16 others injured Sunday after being struck by lightning in Howrah in West Bengal and various districts of Andhra Pradesh state.

Sixteen people were killed Sunday in multiple lightning incidents in the southeastern state of Andhra Pradesh, the IOL News website said on Monday. Victims were said to be farmers or the homeless, caught outdoors in the storms. The storms also uprooted trees and damaged thatched buildings.

Another incident happened Sunday in Howrah district of West Bengal, near Kolkata (Calcutta), where 10 people were killed, the IOL said. The people were returning from a religious festival and took shelter in a temple during a torrential downpour.

Weather data accessed by AccuWeather.com showed that powerful thunderstorms were present in Andhra Pradesh Sunday. A few thunderstorms also erupted in the Kolkata area during the heat of the afternoon.

Climate statistics show that scattered sudden, strong thunderstorms are not unusual during midspring in both areas.

A Nor’wester wreaked havoc in various parts of Tripura during last the 24 hours, killing three persons and injured about 50 in north and western parts of the state. According to reports, 34 persons sustained injuries when the cyclone swept over Bishalgarh, destroying 200 houses. About 150 families, who were rendered homeless, took shelter in relief camps on Monday morning. Trees were uprooted and power-lines snapped. Police and BSF personnel have been engaged in rescue operations. At least 10 people have died in storms and lightning strikes in Tripura this month.

After heavy rains and fatal lightning, Met officials have predicted more showers over the next two days. Western disturbance over north India coupled with an induced trough over Telangana have led to abundant moisture feed to the coastal Andhra districts leading to rainfall. In the state capital, from a maximum of 40.5 degrees Celsius on Sunday, the temperature dropped by a degree to 39.5 degrees Celsius on Monday. The second half of the day remained overcast bringing down the temperature considerably.

How lightning kills?
There are many ways for lightning to kill. A high voltage charge passing though one’s body can do irreprable damage and even death. Many people struck by lightning become paralized and forget to or are unable to breathe. Many others are burned internally inside the brain where motor functions are severed and the body cant control motor functions and life support such as respiration. Others have their heart and aorta burned to a crisp where the major blood flow takes place and bleed to death internally. Even others are stunned by the electrical charge and it makes the heart stop beating. Without CPR being administered, death occurs. All of the above is from memory so I added a link below for more information.