No tsunami warning was issued. All data captured so far are confirming the probably harmless character of this earthquake.

This earthquake would be felt by millions of people in a very wide area because of the depth of the hypocenter.

The epicenter of this earthquake is on the coast of  Long Island, an island to the north of Eastern PNG. The epicenter is however of less importance in deep earthquakes as the seismic waves are radiating to the surface from deep within the hot solid earth. 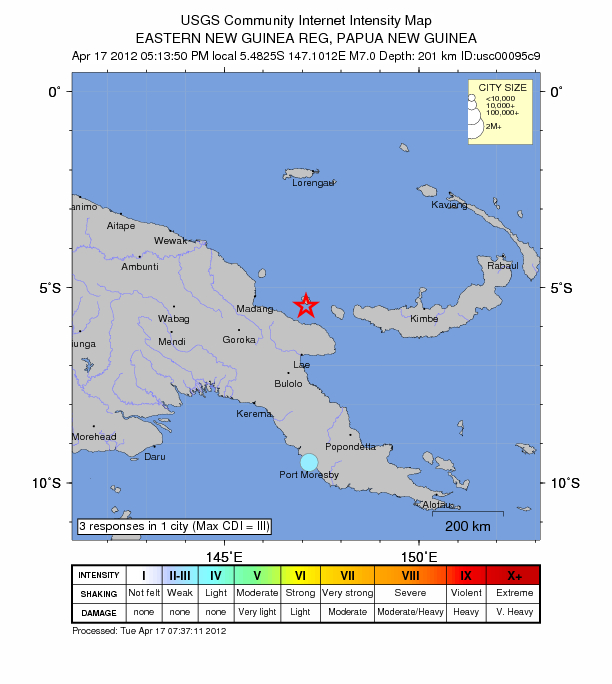