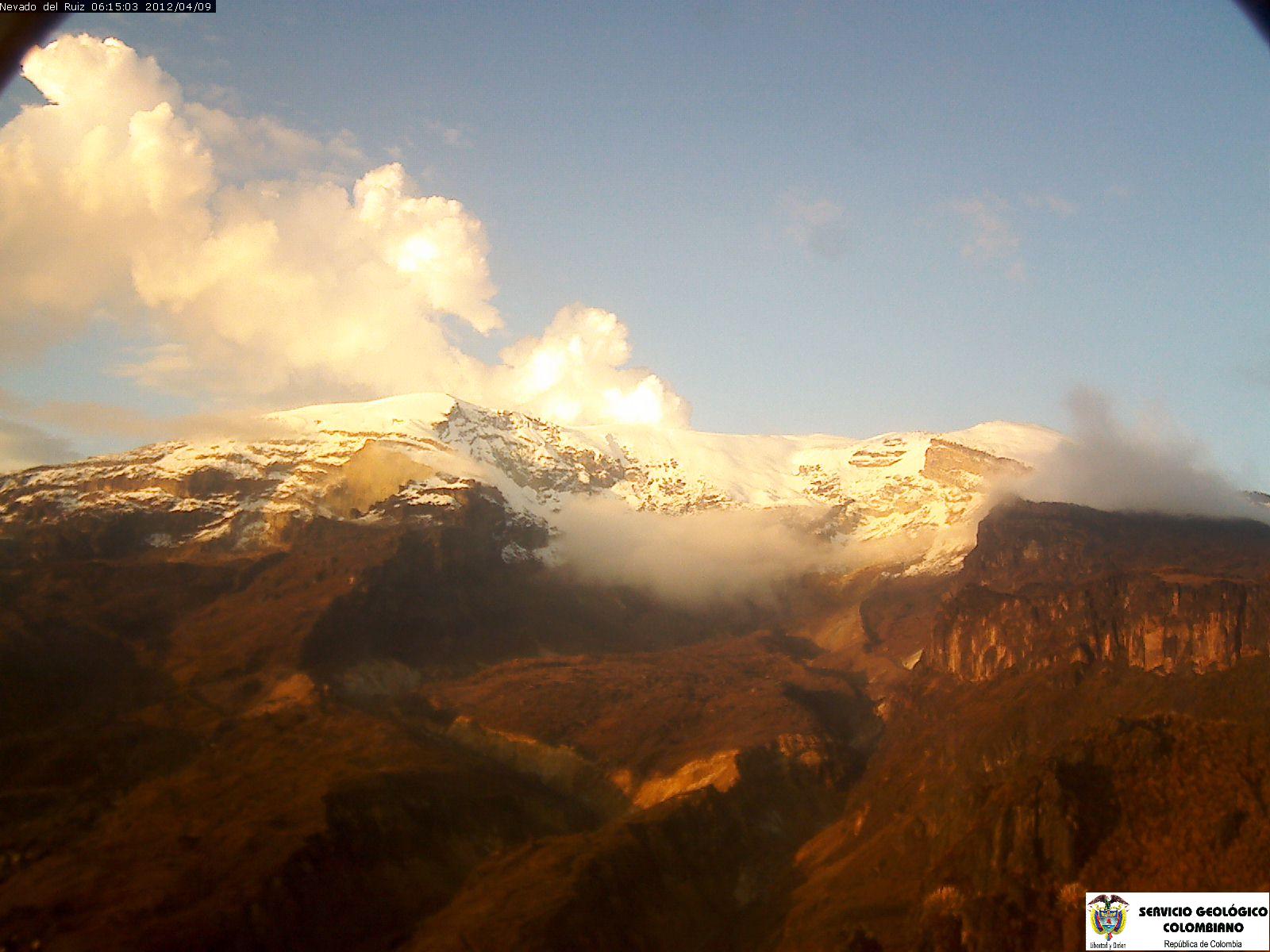 According to Colombia’s meteorological institute IDEAM, the highest alert was justified “for the rivers close to the Nevado del Ruiz volcano because of a change in eruption threat and the heavy rains that have presented themselves in this area.”

Increased seismic activity forced local vulcanologists to maintain an orange alert for the past ten days which was heightened by the national authorities on Sunday after a further increase in measured activity.

According to IDEAM, the red alert is “preventive” and the volcano may decrease its seismic activity without coming to an eruption. However, the red alert allows authorities to increase monitoring of the areas under threat of avalanches if the Nevado del Ruiz comes to erupt.The city of Manizales, the capital of the Caldas department, falls under the area where the red alert was declared. 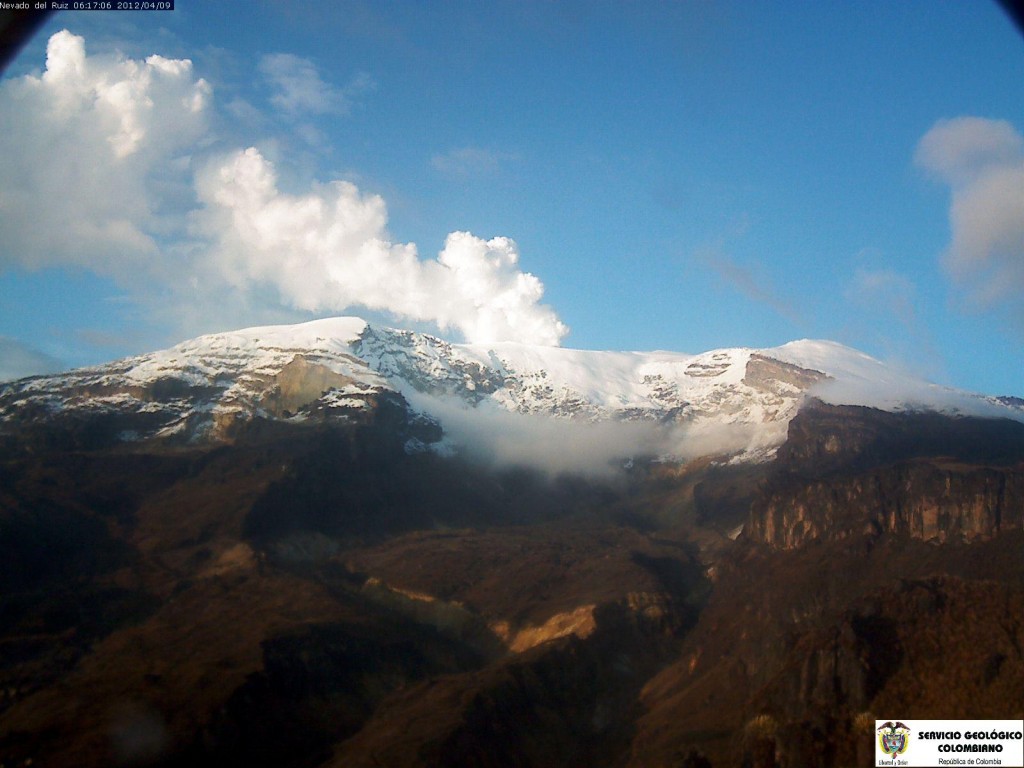 The National Seismological Network of Colombia reported the occurrence of an earthquake of tectonic character at 20:22 (local time) on April 8, centered northeast of the township of Neira (Caldas), with a magnitude of 2.6 on the Richter scale respectively, and reported as felt in the municipalities of Neira and Manizales (Caldas).

For continual updates on status of the volcano visit: http://www.ingeominas.gov.co/Manizales.aspx.

Gas and vapor has been rising periodically from the Nevado de Ruiz volcano since February and the country’s geology institute says people in some areas are reporting “strong odors of sulfur.”

A 1985 eruption at the volcano brought a river of rocks and mud sweeping across the town of Armero, killing 25,000 people.