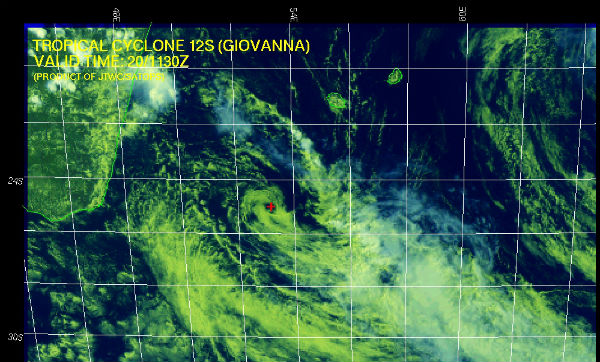 TC Giovanna’s center  is currently located off the southeast coast of Madagascar, about 490 nm southeast of Antananarivo, a capitol of Madagascar, and is moving northwestward at 9 knots over the past six hours according to Joint Typhoon Warning Center (JTWC). The low level circulation center (LLCC) became completely exposed over the past 12 hours as the deep convection was strongly sheared down stream. As a result of this de-coupling  the LLCC is now being steered slowly toward equator under the influence of a low-to mid-level anticyclone located over eastern South Africa.

The current intensity is assessed at 45 knots based on the Dvorak estimates from PGTW and KNES. Due to the de-coupling of the LLCC, the forecast has now changed to a north-northwesterly track, with continued weakening over the next 24 hours due to sustained high VWS and drier air according to JTWC. Highest sustained winds were estimated to be about 160 km/h (100 mph), with storm movement to the north. 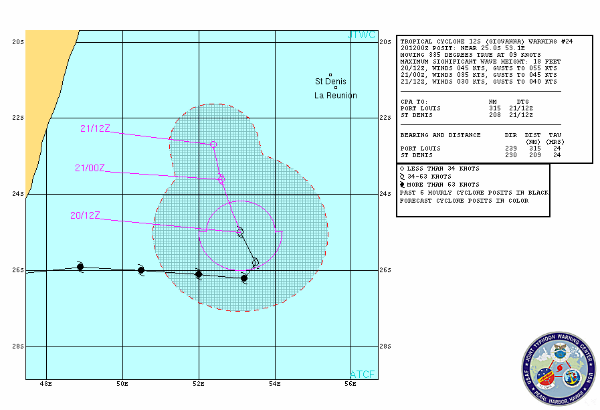 Accuweather.com meteorologists predict that the storm will trek slowly eastward over the next 24 hours before taking a turn to the southeast and dissipating by the middle of the week.

Southern Madagascar can still expect some light rainfall however the risk for flooding has ended. Earlier this week, Giovanna roared across east-central Madagascar as it made landfall near Toamasina with 193 km/h (120 mph) winds, equivalent to a Category 3 hurricane. At least 65 people are confirmed dead with over 11,000 homeless. Having regained strength and returned with a status of tropical cyclone, Giovanna threat this Sunday, 375 km southeast of the city of Taolagnaro. Districts Taolagnaro, Bekily, Beloha Vangaindrano and are under threat advisory. 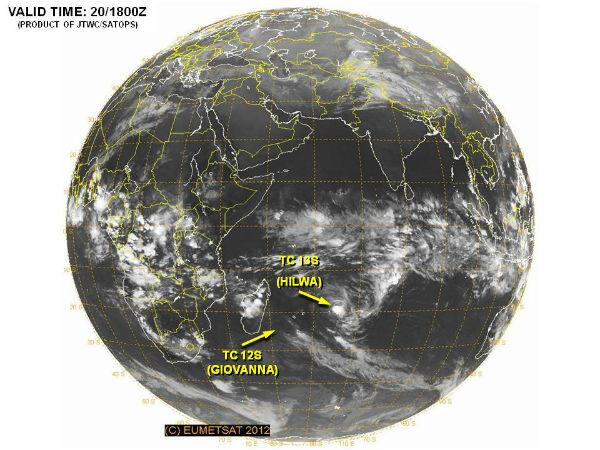 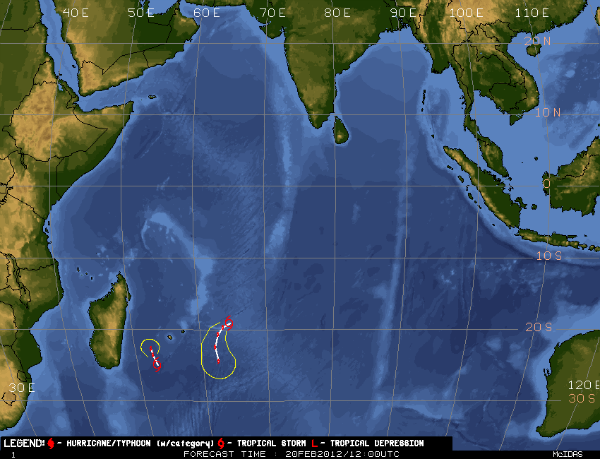 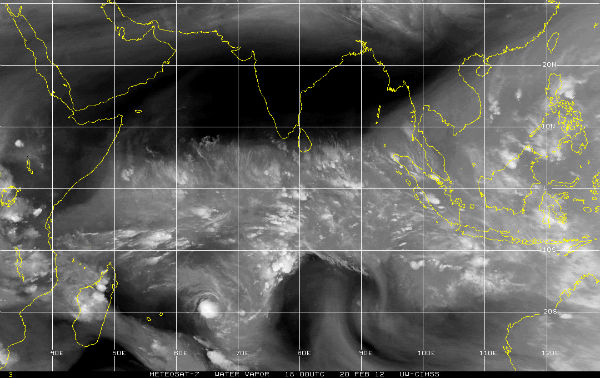