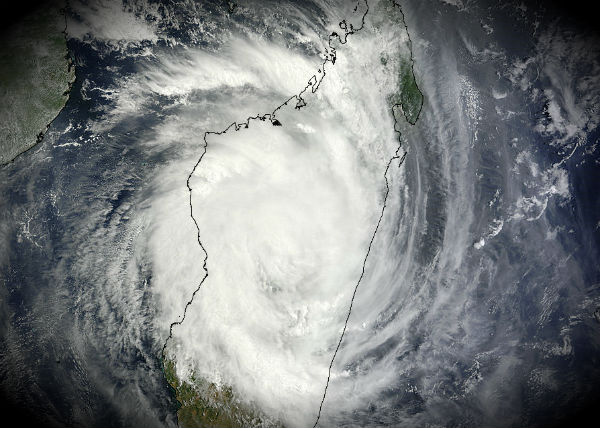 Tropical Cyclone Giovanna has crashed into eastern Madagascar with devastating winds and flooding rain. Giovanna made landfall near Andavoranto, south of Toamasina ripping up trees and felling electrical lines. Data supplied by the U.S. Navy and Air Force Joint Typhoon Warning Center showed sustained winds of around 231 km (143 miles) per hour driving the category 4 cyclone into Madagascar. The eye of the storm made landfall south of Toamasina. The intensity of the storm was similar to a Category 4 hurricane. Inland, high winds and torrential rain pounded the capital, Antananarivo with almost 6 inches of rainfall.

Loss of lines of communication hampered early efforts to assess damage in hard-hit coastal areas near and south of Toamasina. Weather data accessed by AccuWeather.com showed top winds between 70 and 75 mph in Toamasina and about 55 mph in Antananarivo. 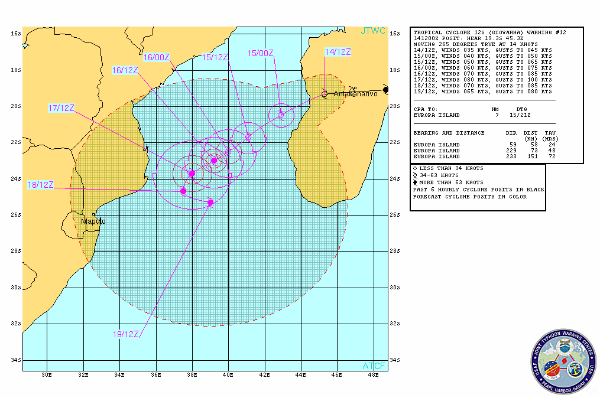 The authorities had issued a weather alert Monday, warning that the intense tropical cyclone was headed toward the east coast between the towns of Tamatave and Brickaville around 2:00 am (2300 GMT) and would reach Antananarivo about seven hours later. Violent winds began lashing the capital around 1:00 am, and heavy rains fell until 7:00 am.

As the storm approached, officials had warned Antananarivo residents to stay home. The city was just beginning to show signs of life again Tuesday afternoon after slowing to a halt in the morning. (Watch video here!) 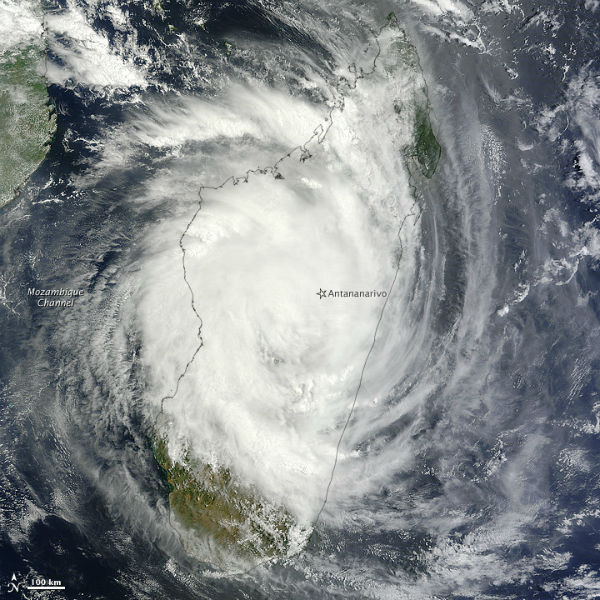 Having made landfall, the storm appears less organized than it did the previous day, but storm clouds almost completely hide the island of Madagascar. By Tuesday morning, EST, Giovanna was a minimal tropical cyclone, having been markedly weakened in crossing the huge island’s rugged landscape. Its center was over west-central Madagascar, tracking towards the west.

Official forecasters with the Joint Typhoon Warning Center and the Tropical Cyclone Center of La Reunion forecast Giovanna to strengthen over the Mozambique Channel, threatening southern Mozambique late in the week. 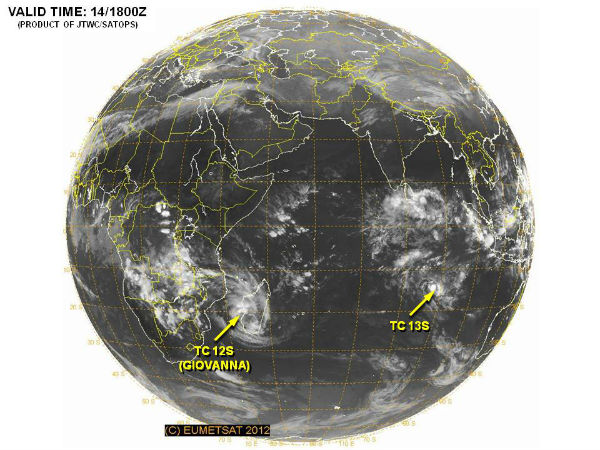 New storm system is forming 1130 nm east-southeast of Diego Garcia and moving west-southwest at 19 knots over the past six hours. It is named TC 13S for now. Stay tuned for updates. 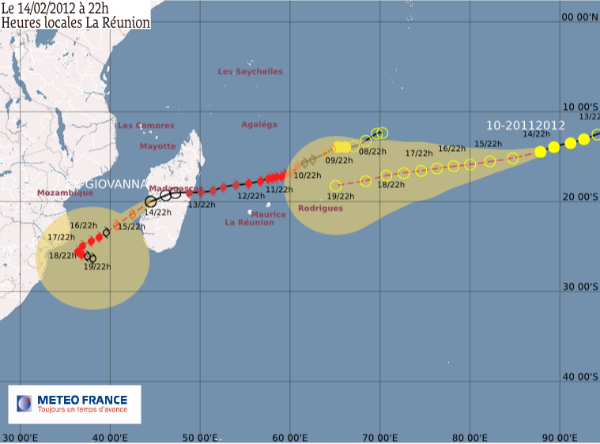 Cyclone season in Madagascar runs from November to April. Madagascar is prone to cyclones and tropical storms, especially in the rainy season from February to May. In February 2011, Cyclone Bingiza hit the east coast and crossed the north of the country before turning and crossing the south, killing at least 34 people and affecting some 216,000. In 2010, tropical storm Hubert killed at least 83 and affected some 187,000. Just weeks before Giovanna arrived in the area, tropical cyclone Funso hovered over the channel for days.