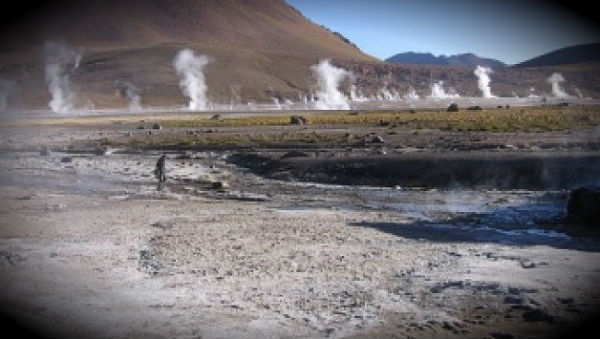 Northern Chile’s part of Andes, one of the driest places on Earth, was hit by torrential rains that caused flash floods. San Pedro de Atacama and Tonocao are two high Atacama Desert towns that were hit by muddy-brown water destruction event with floodwaters up to two meters (6 feet) deep. Both San Pedro and Toconao are located where streams, which normally would be dry or mere trickles, flow off high Andean peaks, fanning out as they reach the floor of the basin. It is the area of closed basin of the Salar de Atacama, which is set about  (8000 feet) above sea level in the Andes. About 800 residents were forced to leave their homes and fortunately, no deaths were reported.

Four days of heavy rainfall in Chile’s Atacama Desert saw over 40mm of water plunge into the Loa River, breaking its banks and causing severe flash floods and two  mudslides. The town of Tocanao was worst hit; other areas affected include San Pedro, Piene, Río Buero and Talabre. All settlements remain on ‘yellow’ alert, as Chile’s longest river flows downstream towards the Pacific Ocean.

In this area years can pass without measurable rain in the effected towns. According to the weatherbase.org, another town in the area, Monturaqui, apparently did no have measurable rain over a span of 12 years. The higher mountains do see infrequent summer showers, but it is rare summer cloudbursts that can trigger desert flash floods on normally dry washes, such as the ones that swept through the two towns. (AccuWeather)


Local officials have declared this is the worst “inverno boliviano” in over a decade. The term “inverno boliviano” refers to a short period between Chile’s wet and dry seasons, that typically brings heavy rainfall, strong winds and flash flooding to the region.

“The situation is very complicated. The river is flowing four times higher than usual and there is three times as much rain as usual. The main concern is the small villages in the interior of San Pedro.” Minister of Social Development, Joaquín Lavín

Flash floods in deserts are rare, but not unheard of. The low permeability of desert sands enable large quantities of water to flow quickly into rivers, causing them to swell and burst their banks.