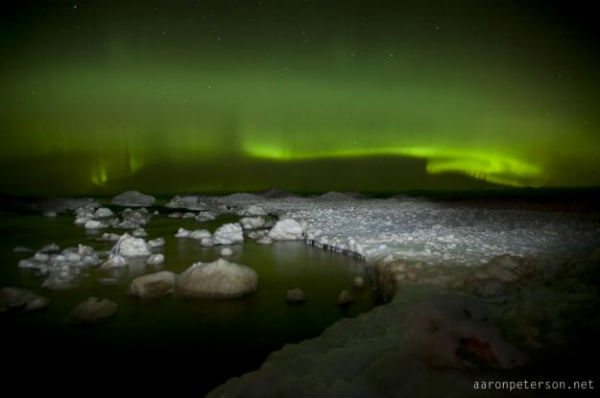 An expected solar wind stream hit Earth’s magnetic field during the waning hours of Saturday, Feb. 18th producing bright auroras all the way down into several US states including Wisconsin, Michigan, North Dakota, and Minnesota. The Bz is pointing South at times and that could help disturb the geomagnetic field at high latitudes. Beautiful auroras again around Arctic polar circle.

According to SpaceWeather.com, this episode might have been amplified by the action of a co-rotating interaction region or “CIR.” CIRs are transition zones between fast and slow solar wind streams. Solar wind plasma piles up in these regions, producing density gradients and shock waves that do a good job of sparking auroras. Local solar wind data suggest that Earth moved through a CIR around 1500 UT on Feb. 18th. The solar wind was at higher levels due to an incoming Coronal Hole (CH) stream.

There was short interval of Kp=5  and G1 level of geomagnetic storm which is now subsiding. NOAA/SWPC stated on their website that G1 (minor) geomagnetic storming conditions are occurring as a consequence of somewhat elevated solar wind speeds and enhanced interplanetary magnetic field. Forecasters expect this to be the height of the disturbance. 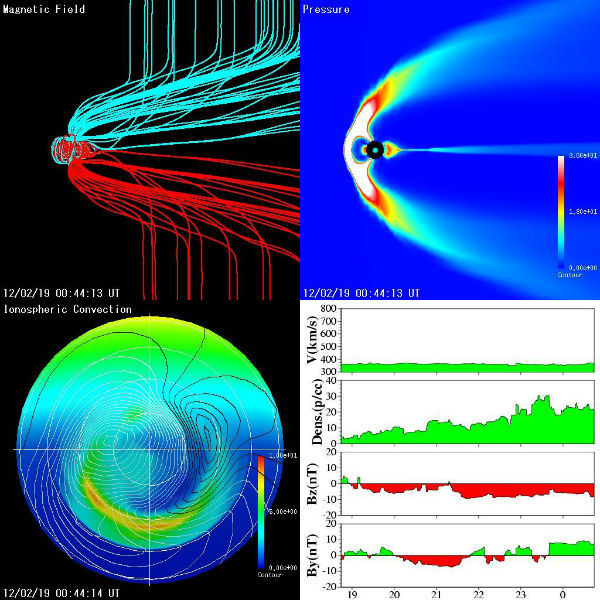 Researchers at the Poker Flats Research Range outside of Fairbanks,  launched a suborbital rocket to investigate the effect of  auroras on GPS systems. 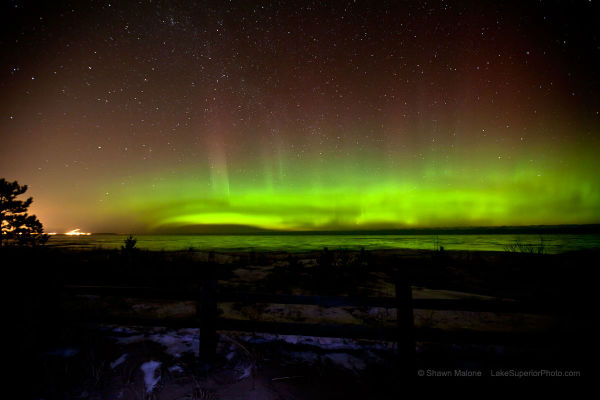 Solar activity is very low as the Solar-X-Rays remain below the C-Class threshold. Sunspot 1416 is now located on the western limb and out of direct Earth view. A new sunspot located to the east of 1420, appears to be forming in the northern hemisphere. All other regions remain stable. 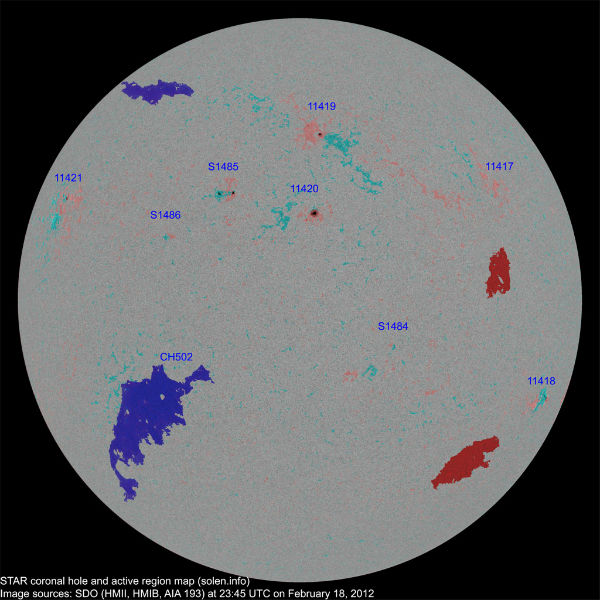 Solar Activity Forecast: Solar activity is expected to be very low with a chance for C-class activity for the next three days (19 – 21 February).

Geophysical Activity Forecast: The geomagnetic field is expected to be at quiet to unsettled levels, with isolated active periods, on day one (19 February) due to recurrent CH HSS effects. By days two and three (20 – 21 February), a return to mostly quiet levels is expected.