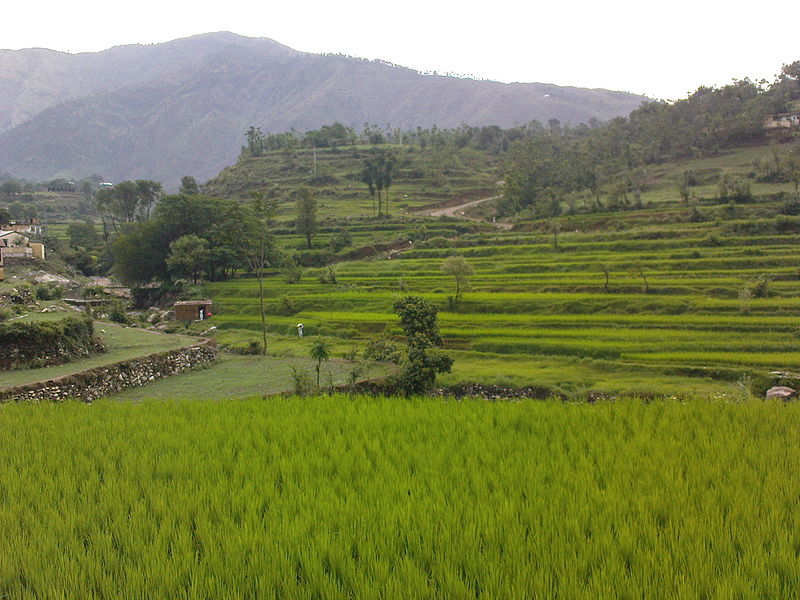 Environmental chemist Brian P. Jackson led the team of researchers in their study of arsenic levels in 17 infant formulas. Their results are surprising: formulas made with brown rice syrup contained a staggering 20 to 30 times more arsenic than other formulas. One organic infant formula sweetened with brown rice syrup contained six times the amount of arsenic the Environmental Protection Agency (EPA) considers safe for drinking water.

The research team also looked at arsenic levels in 29 cereal bars. Brown rice syrup and other rice products were listed in the top five ingredients of 22 of these bars – and those were the cereal bars that contained the highest arsenic levels.

While arsenic is regulated in drinking water, there are no current federal limits for arsenic in food. Because of this, high levels of arsenic can be present in foods many parents assume are safe for children, such as organic infant formulas and cereal bars. Researchers say, “There is an urgent need for regulatory limits on arsenic in food.”

Jackson adds, “In the absence of regulations for levels of arsenic in food, I would certainly advise parents who are concerned about their children’s exposure to arsenic not to feed them formula where brown rice syrup is the main ingredient.”

The trouble with brown rice syrup? Banned pesticides left high levels of arsenic in the soil

The problem is that rice used to make brown rice syrup is typically grown in regions where arsenic pesticides were heavily used before the EPA banned them in 2009. And while these pesticides are no longer used, their toxic residue is still lurking in the soil where our food is grown.

About the author:
Elizabeth Walling is a freelance writer specializing in health and family nutrition. She is a strong believer in natural living as a way to improve health and prevent modern disease. She enjoys thinking outside of the box and challenging common myths about health and wellness. You can visit her blog to learn more:
www.livingthenourishedlife.com/2009/10/welcome.html

Arsenic is a chemical element with the symbol As, atomic number 33 and relative atomic mass 74.92. Arsenic occurs in many minerals, usually in conjunction with sulfur and metals, and also as a pure elemental crystal. It was first documented by Albertus Magnus in 1250. Arsenic is a metalloid. It can exist in various allotropes, although only the grey form has important use in industry.

The main use of metallic arsenic is for strengthening alloys of copper and especially lead (for example, in car batteries). Arsenic is a common n-type dopant in semiconductor electronic devices, and theoptoelectronic compound gallium arsenide is the most common semiconductor in use after doped silicon. Arsenic and its compounds, especially the trioxide, are used in the production of pesticides (treated wood products), herbicides, and insecticides. These applications are declining, however.

Arsenic is notoriously poisonous to multicellular life, although a few species of bacteria are able to use arsenic compounds as respiratory metabolites. Arsenic contamination of groundwater is a problem that affects millions of people across the world.

Arsenic has been linked to epigenetic changes that are heritable changes in gene expression that occur without changes in DNA sequence and include DNA methylation, histone modification, and RNA interference. Toxic levels of arsenic cause significant DNA hypermethylation of tumour suppressor genes p16 and p53, thus increasing risk of carcinogenesis. These epigenetic events have been observed in in vitrostudies with human kidney cells and in vivo tests with rat liver cells and peripheral blood leukocytes in humans.  Inductive coupled plasma mass spectrometry (ICP-MS) is used to detect precise levels of intracellular arsenic and its other bases involved in epigenetic modification of DNA.  Studies investigating arsenic as an epigenetic factor will help in developing precise biomarkers of exposure and susceptibility.

The Chinese brake fern (Pteris vittata) hyperaccumulates arsenic present in the soil into its leaves and has a proposed use in phytoremediation.

Arsenic and many of its compounds are especially potent poisons. Many water supplies close to mines are contaminated by these poisons. Arsenic disrupts ATP production through several mechanisms. At the level of the citric acid cycle, arsenic inhibits lipoic acid, which is a cofactor for pyruvate dehydrogenase; and by competing with phosphate it uncouples oxidative phosphorylation, thus inhibiting energy-linked reduction of NAD+, mitochondrial respiration and ATP synthesis. Hydrogen peroxide production is also increased, which, it is speculated, has potential to form reactive oxygen species and oxidative stress. These metabolic interferences lead to death from multi-system organ failure, it is presumed from necrotic cell death, not apoptosis. A post mortem reveals brick-red-coloured mucosa, owing to severe haemorrhage. Although arsenic causes toxicity, it can also play a protective role.

Arsenic is known to cause arsenicosis owing to its manifestation in drinking water, “the most common species being arsenate

Treatment of chronic arsenic poisoning is easily accomplished. British anti-lewisite (dimercaprol) is prescribed in dosages of 5 mg/kg up to 300 mg each 4 hours for the first day. Then administer the same dosage each 6 hours for the second day. Then prescribe this dosage each 8 hours for eight additional days.  However the Agency for Toxic Substances and Disease Registry (ATSDR) states that the long-term effects of arsenic exposure cannot be predicted. Blood, urine, hair, and nails may be tested for arsenic; however, these tests cannot foresee possible health outcomes from the exposure. Excretion occurs in the urine and long-term exposure to arsenic has been linked to bladder and kidney cancer in addition to cancer of the liver, prostate, skin, lungs and nasal cavity.

Occupational exposure and arsenic poisoning may occur in persons working in industries involving the use of inorganic arsenic and its compounds, such as wood preservation, glass production, nonferrous metal alloys, and electronic semiconductor manufacturing. Inorganic arsenic is also found in coke oven emissions associated with the smelter industry. (wikipedia)