Tropical Cyclone Heidi made landfall in Western Australia’s Pilbara region about 4:30 a.m. local time on January 12, 2012 as a Category 2 cyclone, bringing wind gusts up to 131 kilometers/hour (81 miles/hour) and dumping 128 mm of rain on Port Headland, a coastal town in the path of the storm. A few hours later, local papers reported widespread flooding and power outages to at least 2,000 homes in that area. Heidi was downgraded to a Category 1 cyclone about 9:30 a.m. local time (Western Standard Time) as it moved south-southwest away from the coast. 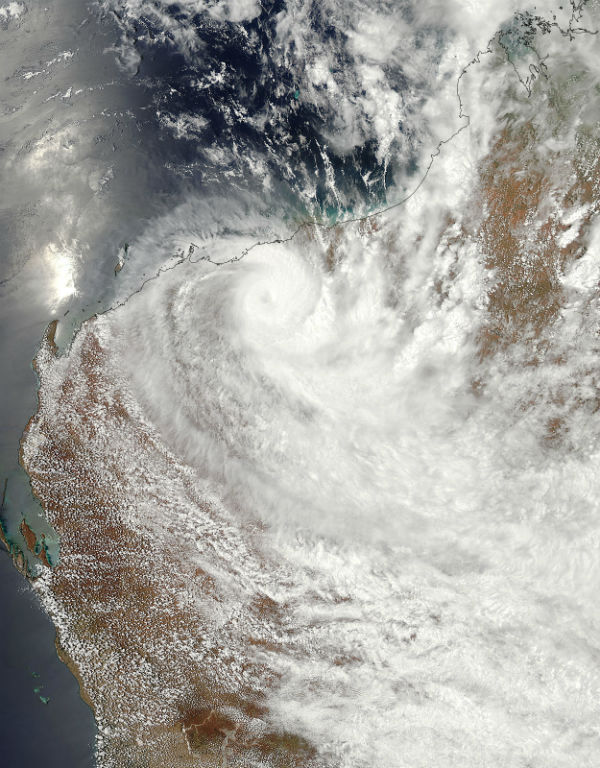 At least 3,500 homes and businesses were left without power following Tropical Cyclone Heidi's landfall in Australia's northwest. At the height of the storm, winds as high as 150 km/h (more than 90 mph) lashed Port Hedland, according to multiple reports. The storm felled trees and damaged buildings, leading to about half of Port Hedland's 7,000 homes loosing power.

By early morning of January 13, Tropical Cyclone Heidi had become a tropical low, but still packed significant wind and heavy rain, bringing the potential for flash flooding as it travels south.