Instituto Geofisico de Ecuador (IGEPN reports about several explosions generating  moderate tremor intensity and noise associated with the rolling of blocks on the flanks of the Tungurahua volcano. Since this morning there has been continuous generation of a column loaded with moderate emission of ash that reached 1.5 km in height and moves westward.  Ash falls are reported in the sectors of CUSU and Chacauco.

Later today Tungurahua volcano remains at an important activity level characterized by lower emission columns at 3km with low ash content and blowing to the W and NE.  The flanks of the volcano and the streams remain areas of very high risk. 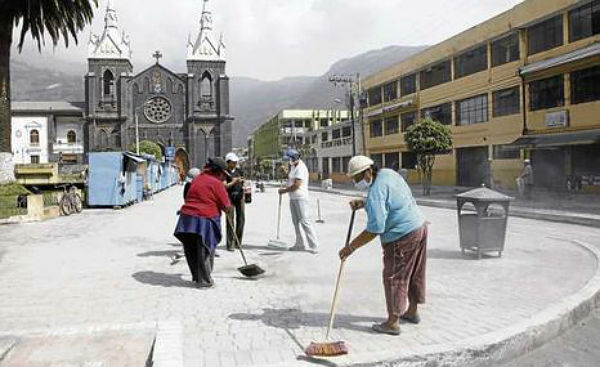 OBSERVATIONS
Seismicity: 10 explosions, 66 long-period events (LP) and 48 emission tremor periods
Rain and lahars : no raining
Weather : the volcano was or completely covered with clouds or partially covered at some times (check the webcam)

The biggest fear at the moment is that eventual rains can take the ash deposits downhill and create dangerous lahars. Authorities are warning drivers to look very carefully into the valleys while crossing the volcano rivers.

The eruption is still continuing as you can see on the webcam.  El Comercio writes this morning that the tourist trade in Baños is gradually recovering from the annoying ashfall. (Earthquake Report) 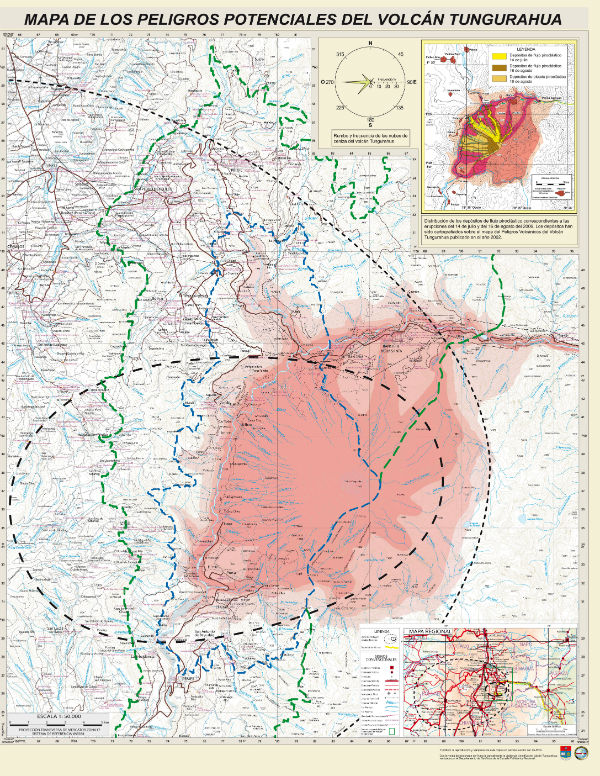 The Tungurahua volcano and its neighboring Sangay volcano  are two of the most active volcanoes of Ecuador.  Although the Tungurahua volcano is in an almost permanent state of activity, authorities had to declare an Orange alert after recent incandescent flows and some violent explosions.