Giant amoebas have been found in the Mariana Trench, the deepest region on Earth.

During a July 2011 voyage to the Pacific Ocean’s deepest spot, researchers with Scripps Institution of Oceanography at UC San Diego and National Geographic engineers deployed dropcams, equipped with digital video and lights to explore the largely mysterious region of the deep sea.

The ‘Dropcams’ are versatile autonomous underwater cameras containing an HD camera and lighting inside of a glass bubble. They were created by National Geographic engineers to allow scientists and filmmakers to capture high-quality footage from any depth in the ocean. The devices were baited and used ‘camera-traps’ to capture imagery of approaching marine life. Dropcams utilize a thick-wall glass sphere capable of withstanding more than eight tons per-square-inch pressure at extreme depth. 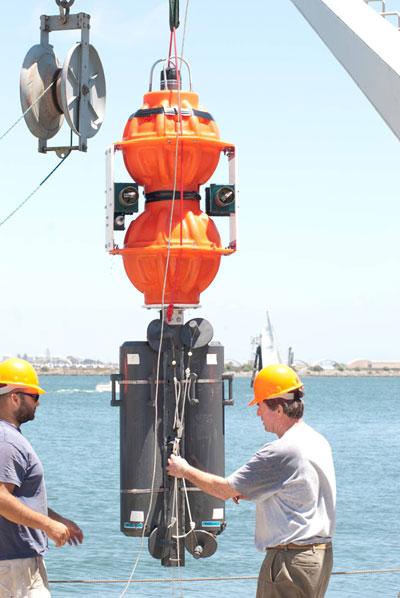 The team documented the deepest known existence of xenophyophores, single-celled animals exclusively found in deep-sea environments. Xenophyophores are noteworthy for their size, with individual cells often exceeding 4 inches (10 centimeters), their extreme abundance on the seafloor and their role as hosts for a variety of organisms.

The researchers spotted the life forms at depths up to 10,641 meters (6.6 miles ) within the Sirena Deep of the Mariana Trench. The previous depth record for xenophyophores was approximately 4.7 miles (7,500 m) in the New Hebrides Trench, although sightings in the deepest portion of the Mariana Trench have been reported. 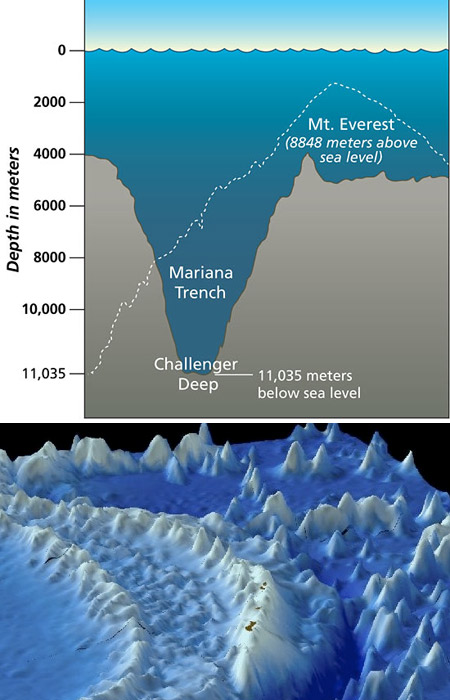 The Sirena Deep is located about 90 miles south of the island of Guam and was discovered by the Hawai’i Mapping Research Group while they conducted a sonar survey of the seafloor around the island of Guam. The Sirena Deep, which was temporarily named the HMRG Deep when it was first discovered, is a new spot found in 2001 along the Mariana Trench which is around the same depth as the Challenger Deep – currently known to be the deepest part of the Mariana Trench. 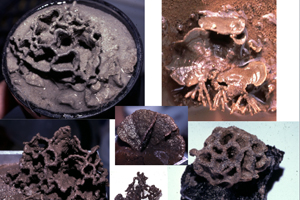 Scientists say xenophyophores are the largest individual cells in existence. Recent studies indicate that by trapping particles from the water, xenophyophores can concentrate high levels of lead, uranium and mercury and are thus likely resistant to large doses of heavy metals. They also are well suited to a life of darkness, low temperature and high pressure in the deep sea.

The xenophyophore sightings were positively identified by Scripps’ Levin, director of the Scripps Center for Marine Biodiversity and Conservation, and confirmed by Andrew Gooday of the UK National Oceanography Center.

The xenophyophores are just the tip of the deep-sea ecosystem iceberg. The expedition also found the deepest jellyfish observed to date, as well as other mysterious animals.”The identification of these gigantic cells in one of the deepest marine environments on the planet opens up a whole new habitat for further study of biodiversity, biotechnological potential and extreme environment adaptation,” said Doug Bartlett, the Scripps marine microbiologist who organized the expedition.

As one of very few taxa found exclusively in the deep sea, the xenophyophores are emblematic of what the deep sea offers. They are fascinating giants that are highly adapted to extreme conditions but at the same time are very fragile and poorly studied. These and many other structurally important organisms in the deep sea need our stewardship as human activities move to deeper waters.

The dropcams used to observe the creatures contained an HD camera and lighting inside a glass bubble that can withstand the extreme pressures encountered at these depths.

Scripps researchers hope to one day capture and return novel living animals to the laboratory for study in high-pressure aquariums that replicate the trench environment. 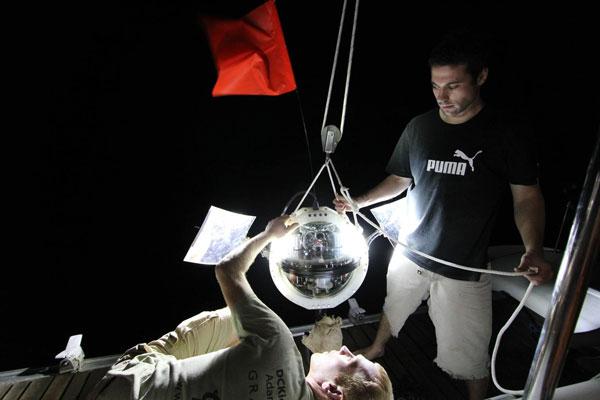 Scripps Institution of Oceanography at University of California, San Diego, is one of the oldest, largest and most important centers for global science research and education in the world. Now in its second century of discovery, the scientific scope of the institution has grown to include biological, physical, chemical, geological, geophysical and atmospheric studies of the earth as a system. Hundreds of research programs covering a wide range of scientific areas are under way today in 65 countries. The institution has a staff of about 1,400, and annual expenditures of approximately $170 million from federal, state and private sources. Scripps operates robotic networks, and one of the largest U.S. academic fleets with four oceanographic research ships and one research platform for worldwide exploration. Birch Aquarium at Scripps serves as the interpretive center of the institution and showcases Scripps research and a diverse array of marine life through exhibits and programming for more than 415,000 visitors each year. Learn more at scripps.ucsd.edu.