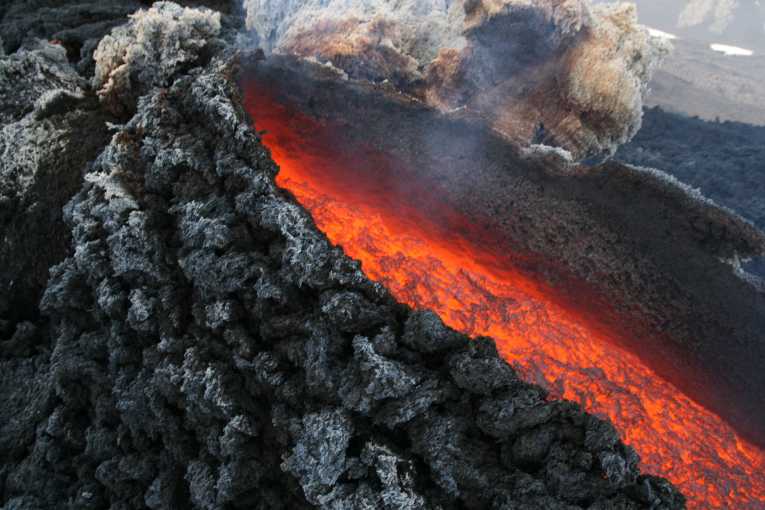 Plate tectonics has been on the curriculum for a while now. Most people are fairly familiar with the theory; the Earth's crust – or lithosphere – is broken up into different plates which move around on the very hot, viscous substance beneath.

This movement is driven by the heat of the Earth's core, causing the viscous substance beneath the Earth's crust to flow and move the plates above, like pieces of toast floating in a massive bowl of hot beans. Plates can move closer together or further away from each other.

Over millions of years, these movements define our continents. Plates coming together can form mountain ridges, whereas plates moving away from each other can form oceans. On a smaller timescale, plate tectonics is responsible for earthquakes, volcanoes and tidal waves.

Now, scientists at the Scripps Institution of Oceanography have identified a new force driving plate tectonics: plumes of hot magma swelling up from deep inside the Earth's core, up to 2,500 kilometres deep. Published in the journal Nature, the research shows that these hotspots, or "mantle plumes", are responsible for the movement of whole continents. These plumes of incredibly hot, molten rock push against continental plates and drive their movement.

Around 70 million years ago, the tectonic plate that now includes the Indian subcontinent lay northeast of Madagascar. Suddenly, it started moving incredibly quickly – by geological standards – at 10 centimetres per year. Around the same time, a spate of huge volcanoes occurred at the Deccan Plateau, sited in the area that is now India. Molten lava was thrown over around 1.5 million square kilometres and the volcanoes coincided with the mass extinction of dinosaurs, two events which some scientists think are related. Steve Cande and Dave Stegman, who led the study for Scripps Institution of Oceanography, tracked movements of continental plates throughout Earth's history.

Their research suggests that the Indian subcontinent tectonic plate sat over a powerful mantle plume which began around 70 million years ago, around what is now the Reunion Islands. This rising mass of hot rock hit the Earth's crust and spread out. The pushing force of the mantle plume sent the Indian plate hurtling towards what is now Asia.

The Reunion mantle plume is also thought to be responsible for the mass volcanism at the Deccan Plateau. Cande and Stegman also think that the Reunion mantle plume caused the African tectonic plate to slow down for around 5 million years. After the plume subsided, the Indian tectonic plate slowed to a more normal geological movement of around a few centimetres each year, whereas the African plate sped up. The movement of these two plates in sync, always countering each other, provides strong evidence that a powerful mantle plume was responsible for their motion.

The area around Reunion Islands is still a hotspot for volcanic activity, even though the plume has now spluttered out. Could mantle plumes be responsible for more of our present mountain ranges, volcanoes and continents? Whilst not all scientists agree that mantle plumes are responsible for the movement of whole continents, the latest research should shed new light on the way we think about the Earth's geological features. (EarthTimes)