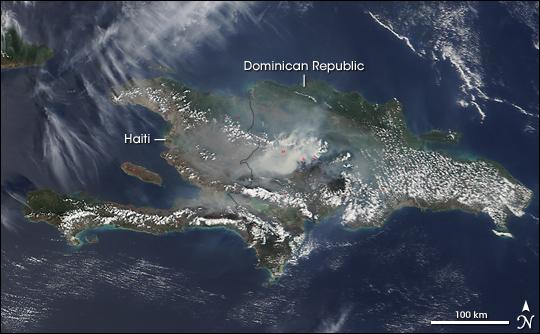 Unusual lavas in the Caribbean apparently originated from the lost, ancient supercontinent of Gondwana, scientists have found.

This discovery reveals that continental material can get dragged along the Earth's surface for more than a thousand miles and survive for more than a billion years, serving as cores around which islands and perhaps even continents might eventually grow.

Scientists investigated lavas from the Caribbean island of Hispaniola, home to Haiti on its western half and the Dominican Republic in the east. A better understanding of the history of this island  will be important for the modern tectonics of Hispaniola, especially Haiti, as the lavas were found in the general area of the fault system that caused the devastating earthquake in Haiti in 2010.

Surprisingly, precise measurements of the lead, strontium and neodymium isotope abundances in the lava samples revealed they did not match anything else seen in the Caribbean. Instead, they were most similar to lavas found at least 1,000 miles away. Chemically, the lavas are very enriched in a number of metals, and resemble lavas found in the interior of continents, not in island arcs.

These findings suggest the area is underlain by rocks approximately 1.2 billion years old, far older than previously thought. Until now, geologists thought Hispaniola was no more than 150 million to 160 million years old, formed by tectonic plates violently diving under one another, similar to what is now happening around the so-called "Ring of Fire" around the Pacific Ocean. 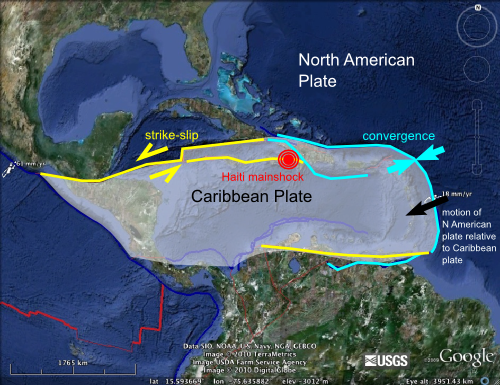 The researchers think that as the Caribbean tectonic plate moved between North and South America, it captured a piece of the ancient supercontinent known as Gondwana, which formed the foundation of Central America. This fragment subsequently migrated eastward to its current location in Hispaniola. (OurAmazingPlanet)

The scientists detailed their findings online July 10 in the journal Nature Geoscience.