The USGS issued a Red alert for shaking-related fatalities and economic losses — high casualties and extensive damage are probable and the disaster is likely widespread. Past red alerts have required a national or international response. 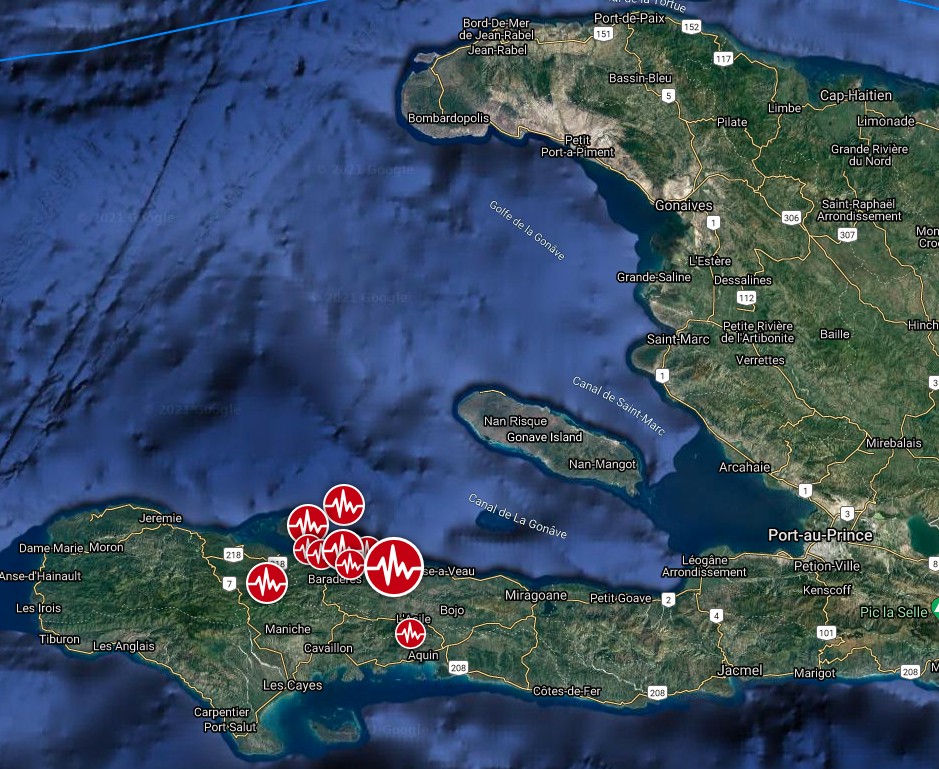 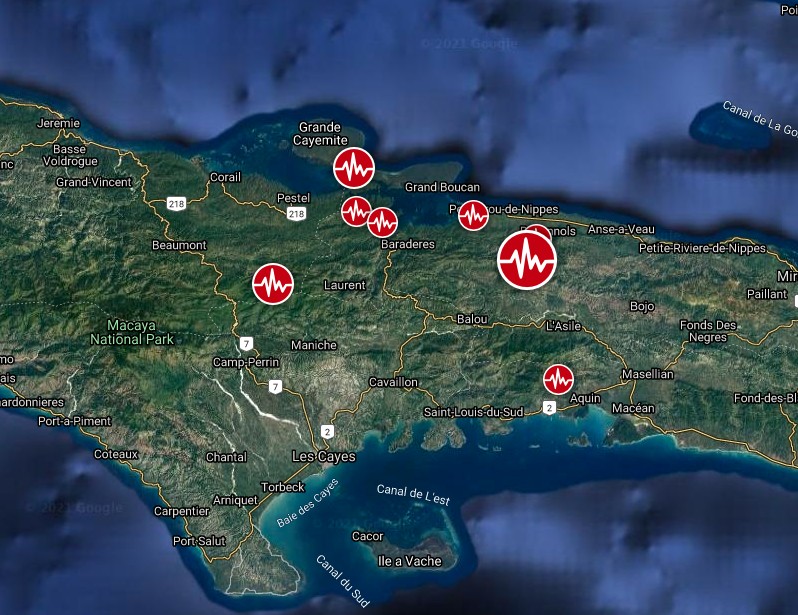 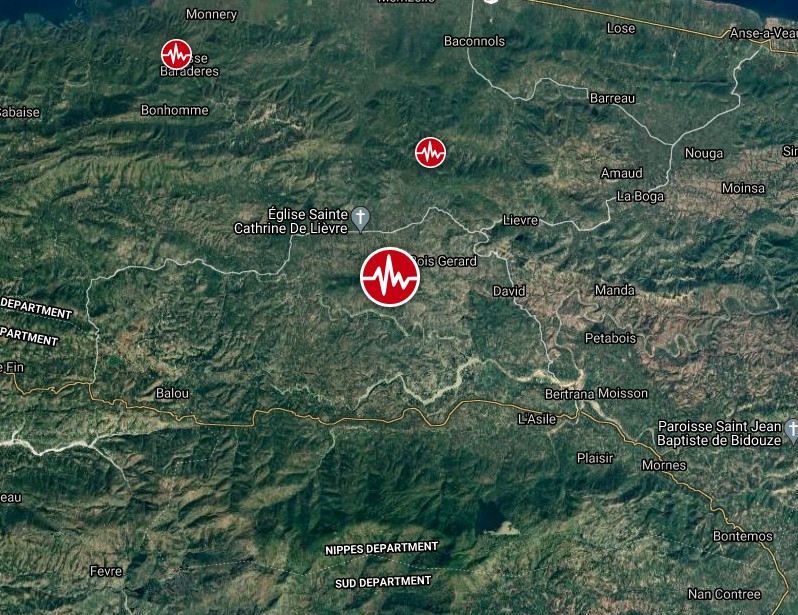 Overall, the population in this region resides in structures that are vulnerable to earthquake shaking, though resistant structures exist. The predominant vulnerable building types are mud wall and informal (metal, timber, GI, etc.) construction.

Landslide population exposure is estimated to be significant.

The first interventions, carried out by both professional rescuers and members of the population, made it possible to extract many people from the rubble, DPC said.

National Road #7, connecting Les Cayes and Jérémie, is cut off near the Glace River due to a landslide caused by the earthquake. An operation is underway to restore the traffic, DPC said.

12 moderate to strong aftershocks were registered by 18:11 UTC.

Search and rescue operations are still in progress and the death toll is expected to continue rising. 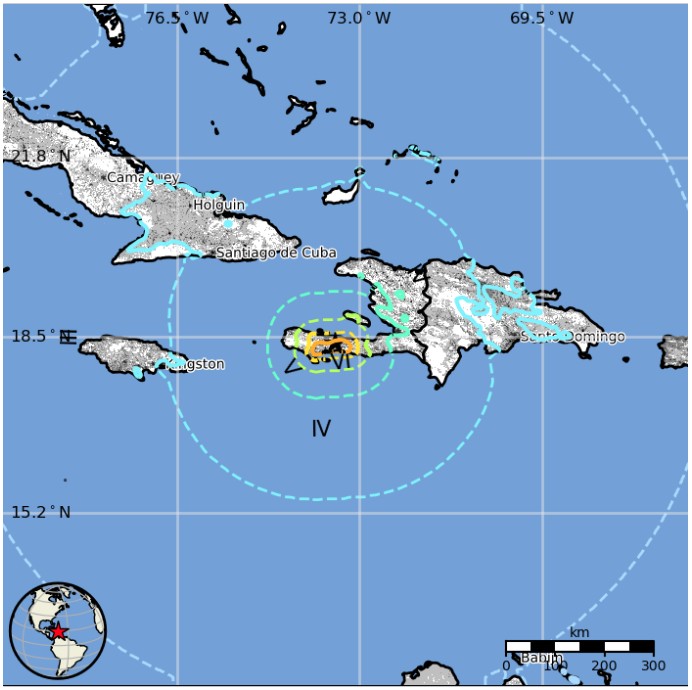 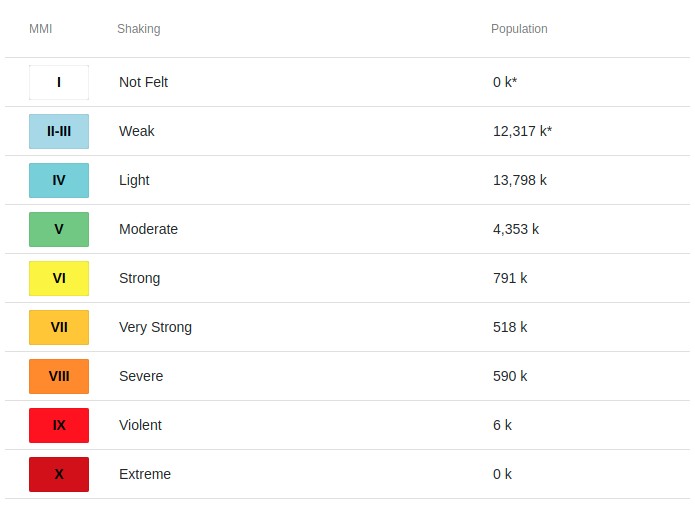 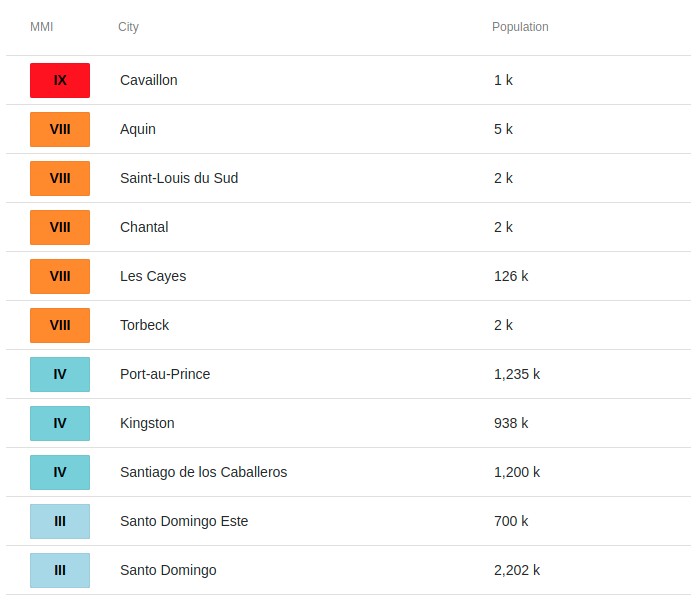 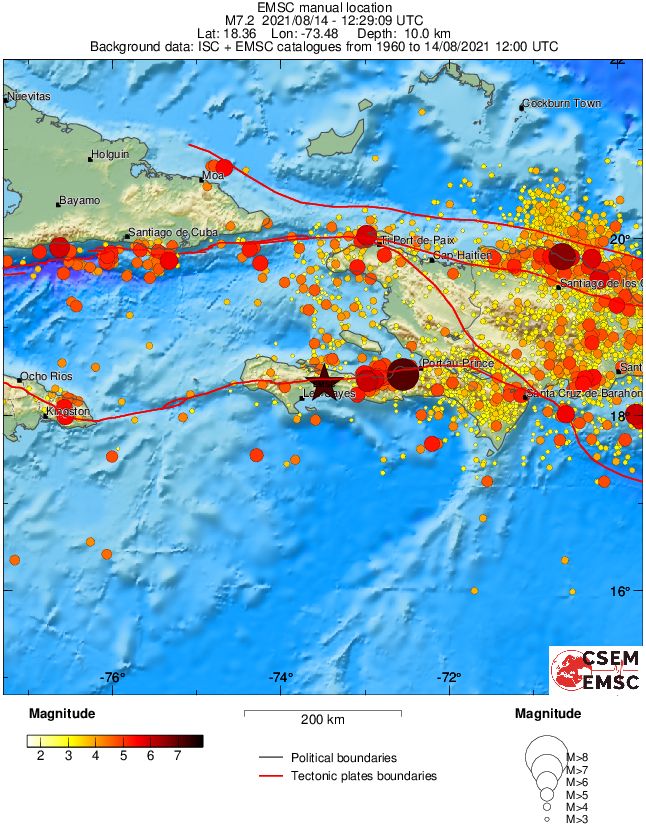