The picenter was located 187 km (116 miles) NNE of Bridgetown, Barbados and 203 km (126 miles) E of Le Francois, Martinique. Tsunami warnings are not in effect.

The Lesser Antilles more or less coincide with the outer edge of the Caribbean Plate. Many of the islands were formed as a result of the subduction of oceanic crust of the South American Plate under the Caribbean Plate in the Lesser Antilles subduction zone. This process is ongoing and is responsible not only for many of the islands, but also for volcanic and earthquake activity in the region. 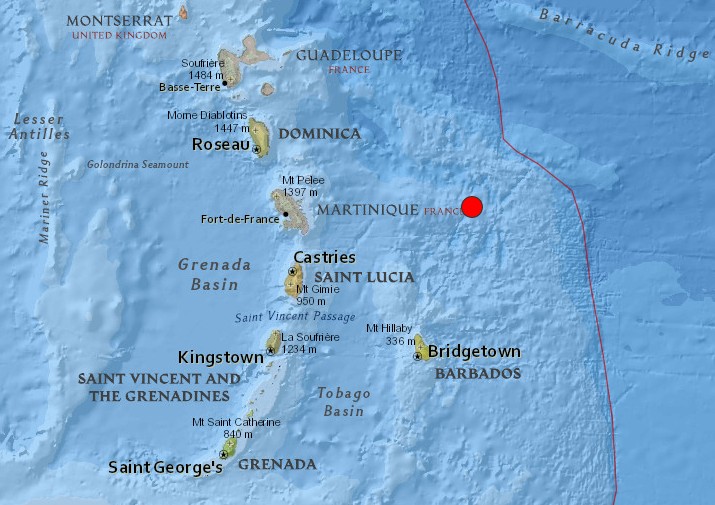 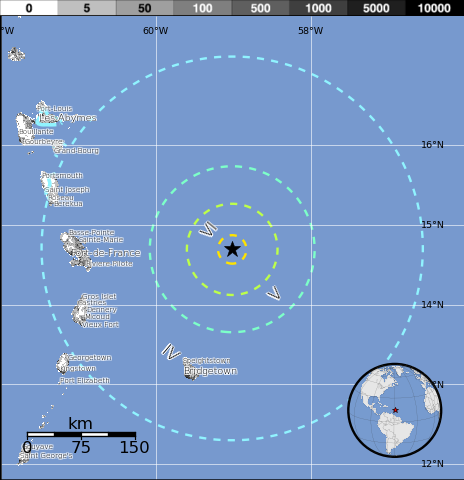 Puerto Rico is located along the Puerto Rico Trench (about 900 km NW from today's M 6.5) and is experiencing intense earthquake swarm for more than 2 months now. In last 24 hours, USGS registered 4 earthquakes with magnitudes of 2.5 and above (M 2.5+) there. 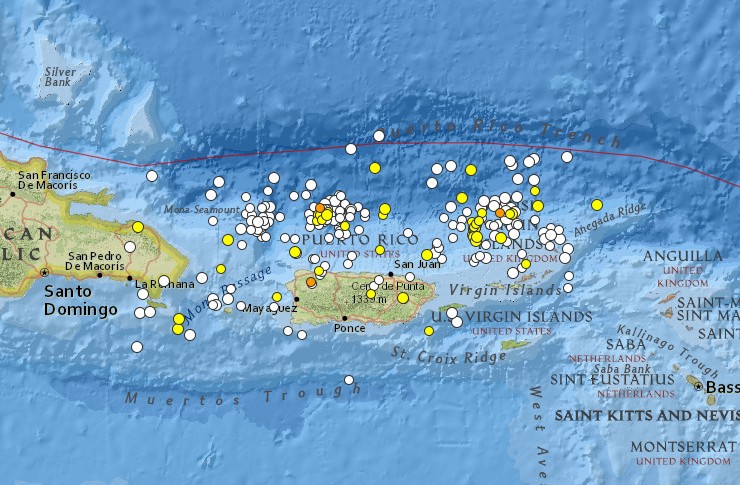 The Puerto Rico Trench is an oceanic trench located on the boundary between the Caribbean Sea and the Atlantic Ocean. The trench is associated with a complex transition between the Lesser Antilles subduction zone to the south and the major transform fault zone or plate boundary, which extends west between Cuba and Hispaniola through the Cayman Trench to the coast of Central America. This subduction zone explains the presence of active volcanoes over the southeastern part of the Caribbean Sea. Volcanic activity is frequent along the island arc southeast from Puerto Rico to the coast of South America.

Scientific studies have concluded that an earthquake occurring along this fault zone could generate a significant tsunami (NOAA).

If you are living in this area do not take this warning lightly and please take a look at this blog post.