Tropical Storm "Rai" formed on December 13, 2021 east of the Philippines as the 22nd named storm of the 2021 Pacific typhoon season. The system is expected to continue intensifying over the next 3 days before it makes landfall over Caraga or Eastern Visayas on December 16 with maximum wind speed near 165 km/h (100 mph), according to the JTWC.

The minimum central barometric pressure was 998 hPa, and the system was moving WNW at 24 km/h (15 mph).

Rai is forecast to move west-northwestward while gradually intensifying and enter the Philippine Area of Responsibility (PAR) as a severe tropical storm tomorrow evening, PAGASA said.1

Once inside PAR, the domestic name "Odette" will be assigned to this tropical cyclone.

Rai will begin moving westward over the Philippine Sea on Wednesday morning and may make landfall in the vicinity of Caraga or Eastern Visayas by Thursday, December 16 afternoon or evening (LT). 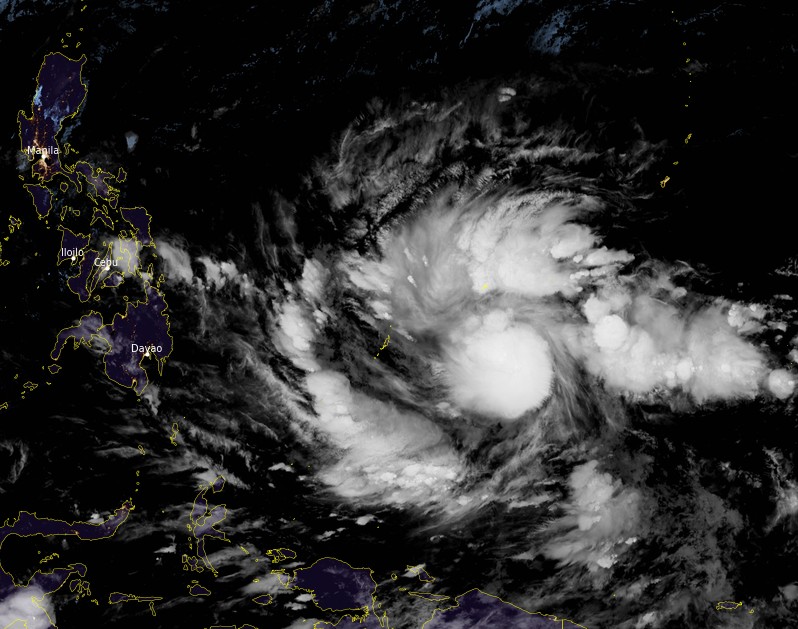 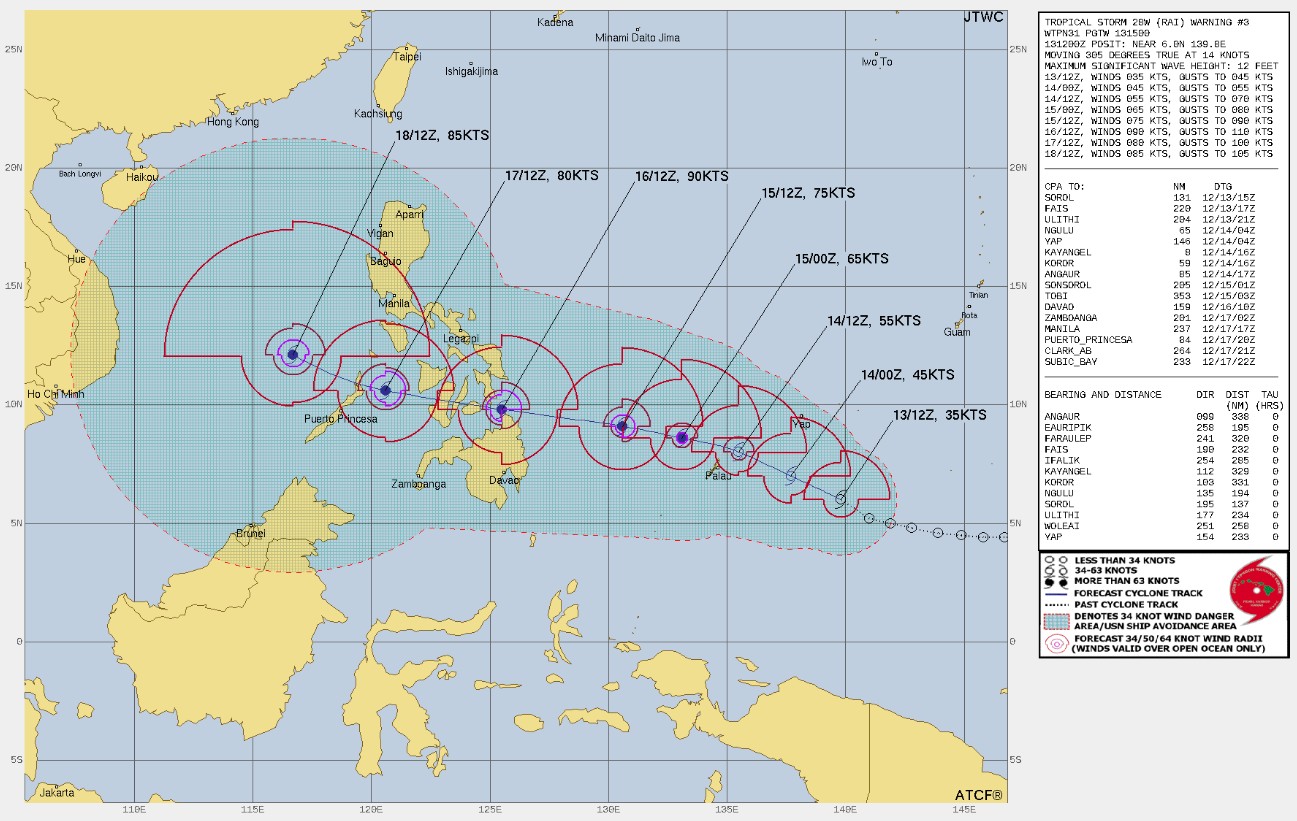 While inside the PAR, favorable atmospheric conditions will favor sustained intensification prior to landfall and Rai is forecast to reach typhoon category on Wednesday. A pre-landfall peak intensity of around 155 km/h may be reached by Thursday afternoon, according to PAGASA.

There is a high likelihood that Tropical Cyclone Wind Signals will be hoisted for Visayas, large portions of Mindanao, and several provinces in Southern Luzon due to the threat of strong to typhoon-force winds associated with the passage of this system.

The highest possible wind signal that may be hoisted is TCWS #3. Localities situated in the eastern portions of Visayas and Mindanao may be placed under TCWS #1 as early as tomorrow afternoon or evening.

The passage of this tropical cyclone over the central portion of the archipelago may bring heavy to torrential rainfall over Visayas, Mindanao, and several provinces in Southern Luzon, which may bring possible flooding and rain-induced landslides, PAGASA warns.

Coastal inundation due to high waves near the coast and storm surge are also possible for low-lying localities near and along the path of the typhoon.

Residents over the northern and eastern portions of Northern Luzon and the eastern portion of Central Luzon are also advised to monitor for updates regarding possible heavy rainfall which may occur in relation to the behavior of the shear line during and after the passage of this tropical cyclone.

The passage of Rai will bring rough to high seas (reaching very high or phenomenal in open sea near the center of the cyclone) over the seaboards of Southern Luzon and Visayas, and the northern, eastern, and western seaboards of Mindanao.

Rough to high seas are also possible for the seaboards of Northern and Central Luzon.

Sea travel is risky for all types of seacrafts over these waters.

Moderate to rough seas are also possible for the remaining seaboards of Mindanao during the passage.

Sea travel is risky over these waters for small seacrafts.