A prolonged Atmospheric River will produce heavy snow across much of the U.S. West through Wednesday, December 15, 2021. Snowfall of 60 – 150 cm (2 – 5 feet) or more is likely in the Sierra Nevada, with 30 – 90 cm (1 – 3 feet) expected across much of the western terrain. This will lead to dangerous travel through the mountain passes, NWS Weather Prediction Center warns.

Ongoing Atmospheric River will bring heavy precipitation to much of the Western United States today, before expanding into the Great Basin tomorrow.

Upper-level energy and a plume of moisture will impact the weather over the West Coast, with a developing upper-level low beginning to move onshore over the Pacific Northwest overnight Monday into Tuesday, December 13 into 14, 2021, NWS forecaster Ziegenfelder noted.1

The plume will move southward along the California Coast to Southern California and move into Mexico overnight Tuesday into Wednesday, December 15.

The moisture will produce coastal rain and higher elevation snow over the Pacific Northwest and Northern/Central California and snow extending eastward to the Northern Rockies through Tuesday.

Heavy rain and snow will expand into Southern California on Monday evening. Therefore, the WPC has issued a Moderate Risk of excessive rainfall over parts of Central California through Tuesday morning. The heavy rain will create numerous areas of flash flooding.

The heavy snow will be a long-duration event over the Cascades, Sierra Nevada Mountains, and Northern Rockies, resulting in reduced visibility and hazardous driving conditions, Ziegenfelder said.

Furthermore, as the upper-level low begins to move onshore, the snow levels will drop down to sea level over parts of the Pacific Northwest and down to the surface over parts of Northern California overnight Monday into Tuesday morning. 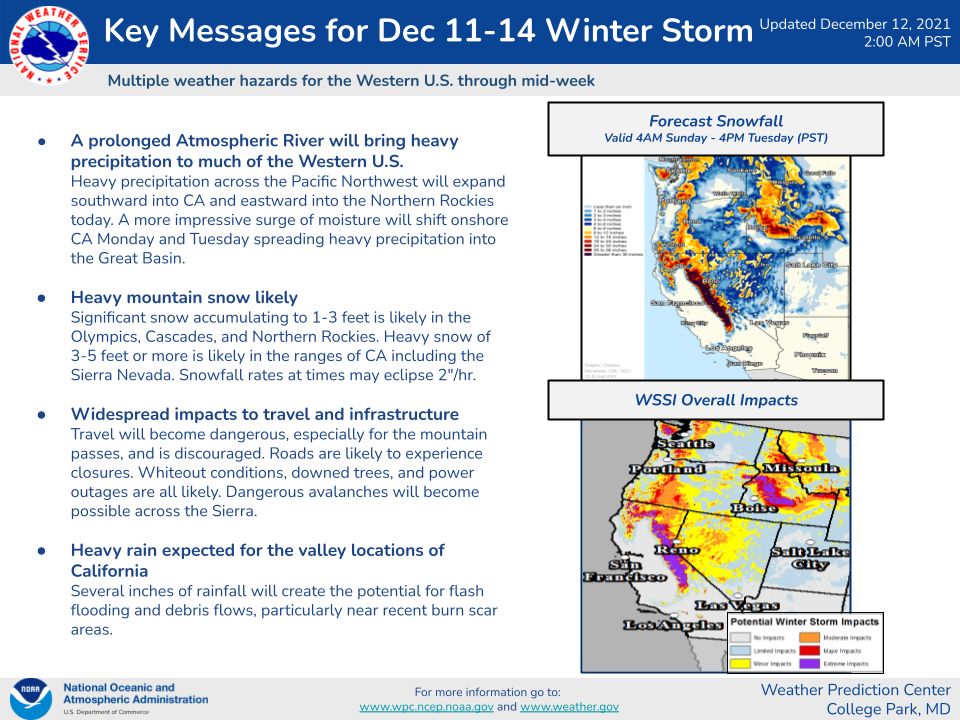 On Tuesday, the rain and higher elevation snow will end over pockets of the Pacific Northwest and Northern California while continuing over Central and Southern California.

Similarly, the rain will be heavy at times over the Southern California Coast.

Likewise, the WPC has issued a Slight Risk of excessive rainfall over parts of Southern California from Tuesday into Wednesday morning. 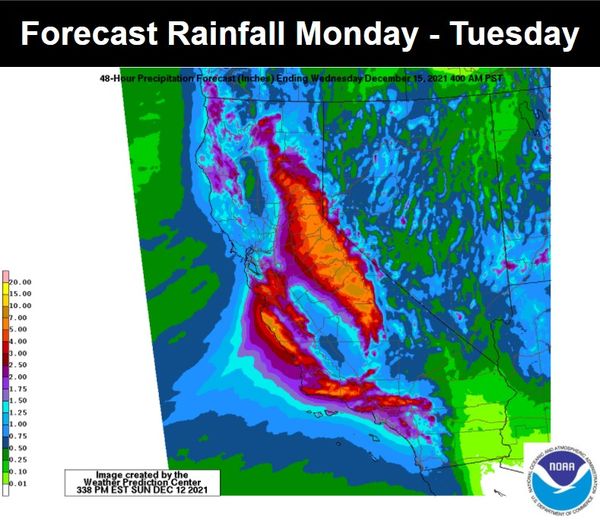 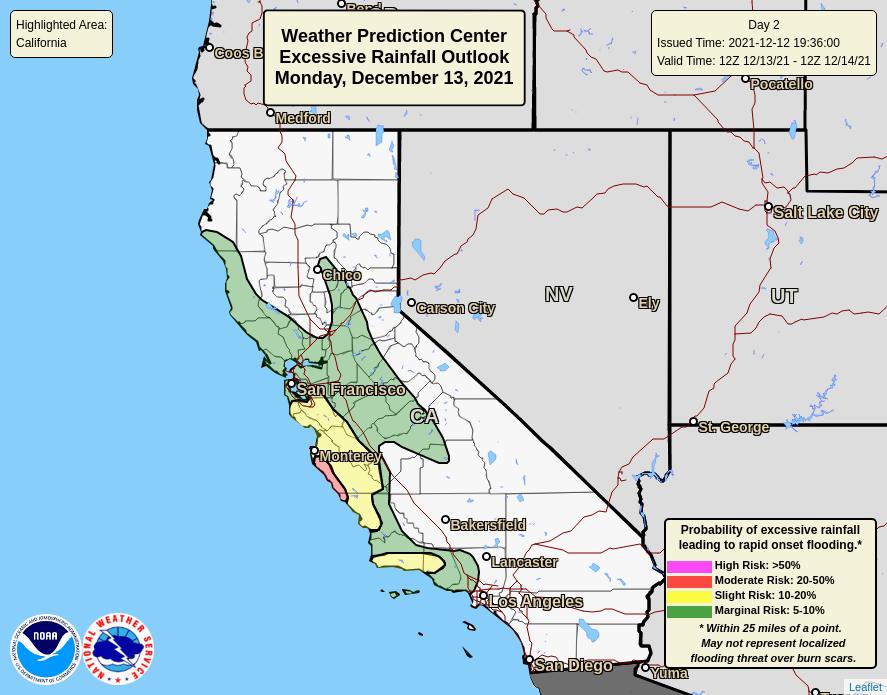 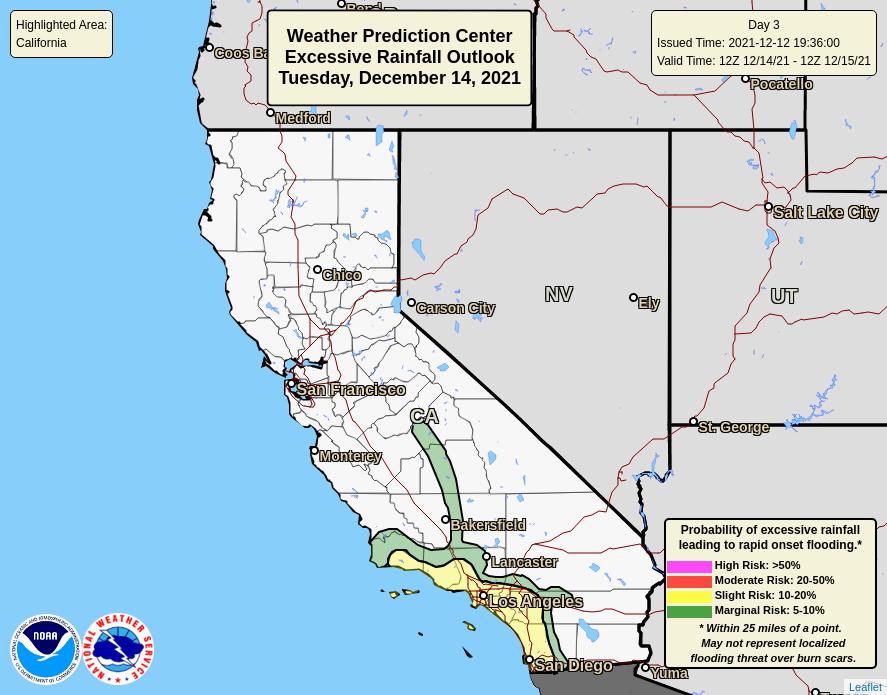 Correspondingly, the associated heavy rain will create mainly localized areas of flash flooding, with urban areas, roads, and small streams the most vulnerable.

Overnight Tuesday, as the moisture moves into Northern Mexico, the rain and higher elevation snow will wane over Southern California. However, the lower elevation rain and snow will move into parts of the Southwest and deeper into the Great Basin.