A low pressure area that formed over the north-central Black Sea on August 11 has been classified as Medistorm Falchion on August 12, 2021, by the Mediterranean Cyclone Centre. Falchion was moving slowly to the NE on August 12 and was expected to strengthen and make landfall near Gelendzhik, Krasnodar Krai, Russia by the evening of August 13.

Since then, Falchion has slowed down and turned to an easterly heading, the center said at 11:00 UTC on August 13.1

"Some strengthening of winds was observed via ASCAT, and the estimated maximum sustained winds are now 55 km/h (35 mph). It also appears from ASCAT that there is frontal influence near the storm's center.

"Falchion continues to head for the Russian Black Sea coast, very very slowly. The convection which was near the center has now dissipated, and remaining convection takes the form of wide broken bands well away from the center – a very typical subtropical pattern."

Periods of heavy rain and wind will continue over the Black Sea coast and nearby for the next few days as Falchion lingers, the center added.

As many as 27 people have already died after heavy rains hit Turkey's Black Sea region from August 10 to 12, turning streets into raging rivers, causing landslides, and destroying buildings, roads and bridges.2 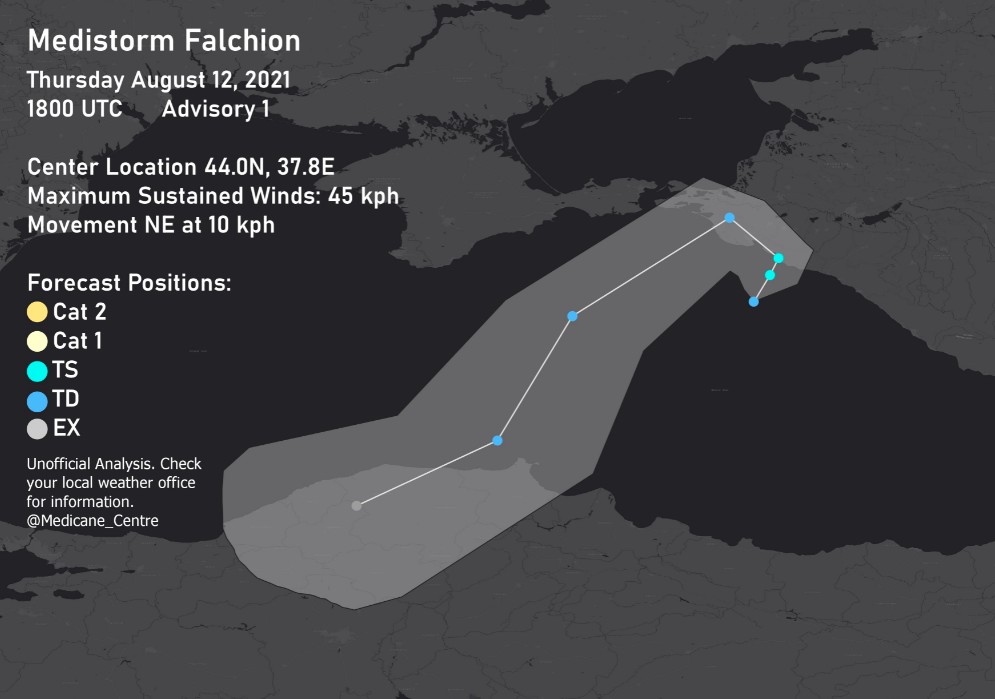 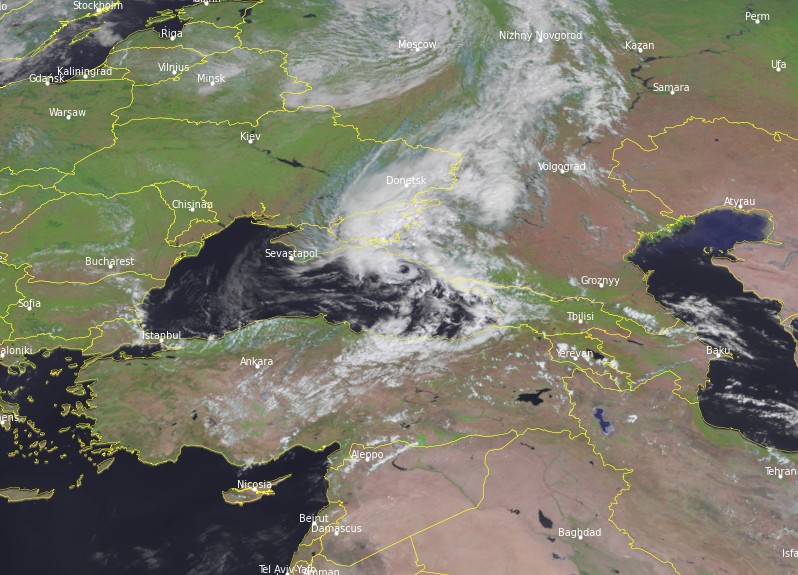 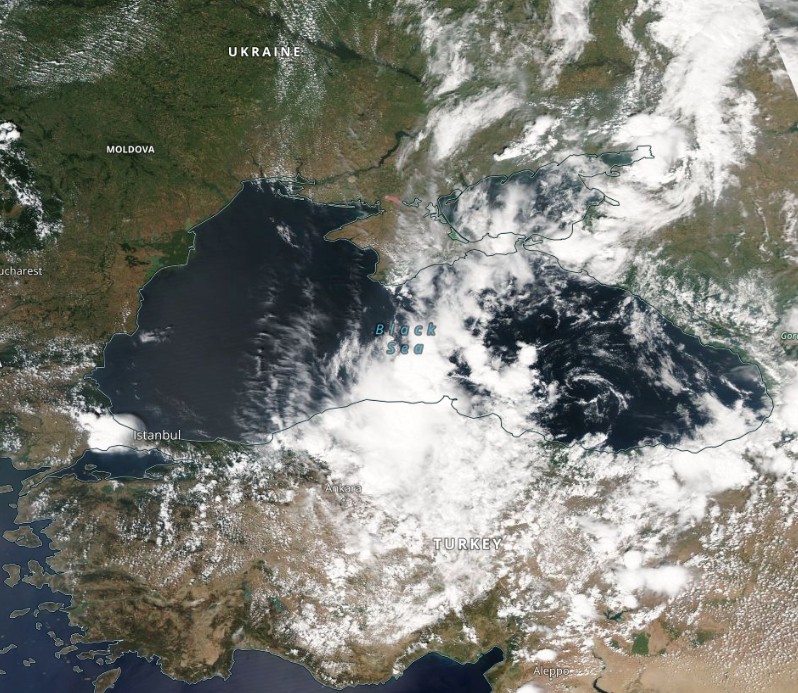 "Mediterranean tropical-like cyclones might be impressive to see from satellite/radar imagery but they are dangerous severe weather events," said Marko Korosec of Severe Weather Europe.3

"While they usually form in the Mediterranean Sea, they can also develop in the Black Sea. This will be the case over the coming weekend and the potential is increasing that we will be dealing with an intense and pretty rare August tropical-like cyclone event."

The impact of severe damaging winds and destructive flooding could be significant for both the northern and southern coast of the Black Sea. Worsening the ongoing flooding situation in northern Turkey, Korosec said.

"While also the Black Sea could produce or fuel intense convective storms that begin cyclonic rotation, and that appears to be similar to tropical-like cyclones (TLC) observed in the Mediterranean – medicanes. Over the last 20 years, two of these storms reached tropical storm and subtropical storm intensity. One TLC in August 2002 and another one in September 2005."