Volcanic tremor below the Southeast Crater started increasing around 07:50 UTC, followed by a gradual transition of Strombolian activity to lava fountaining that lasted to 12:30 UTC.

INGV personnel on the field reported the fallout of large bombs on the southern side of the Bocca Nuova Crater.

A powerful new paroxysm occurred at #Etna's Southeast Crater at lunch time on 14 July 2021. Here are some moments during the early phase of the paroxysm, which subsequently became much more violent. pic.twitter.com/w4N5bs6GpS

Abundant fallout of lapilli and ash (up to 1 cm / 0.4 inches and greater) was reported in Rocca Campana. There are reports of volcanic ash and lapilli at Rifugio Citelli and Presa, and volcanic ash in Taormina.

Weak Strombolian activity remained at the Southeast Crater after the paroxysm. In addition, lava flow observed in the SW sector remained fueled as of 12:30 UTC.

Deformations associated with the paroxysmal episode reached a peak at 12:30 UTC. 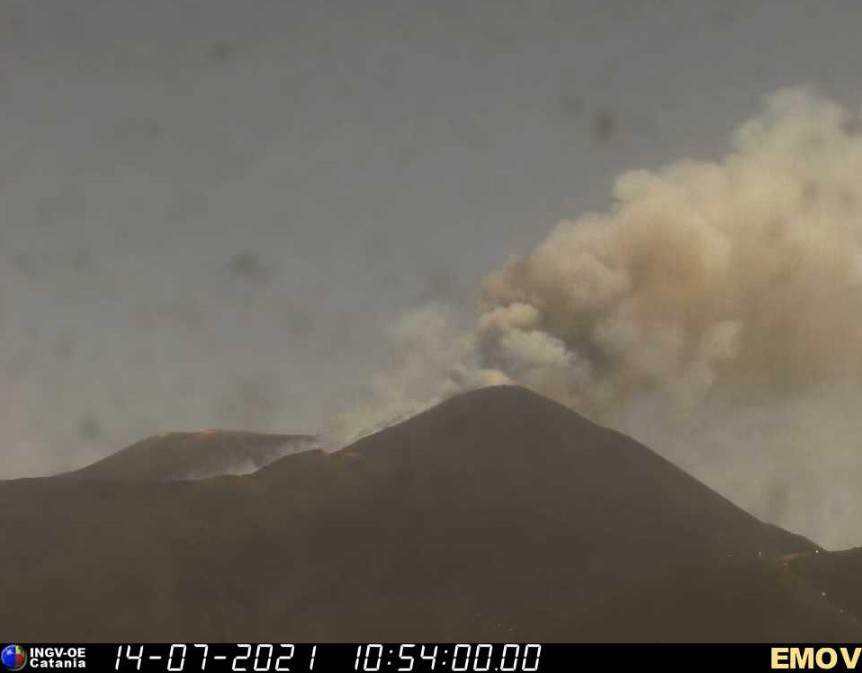 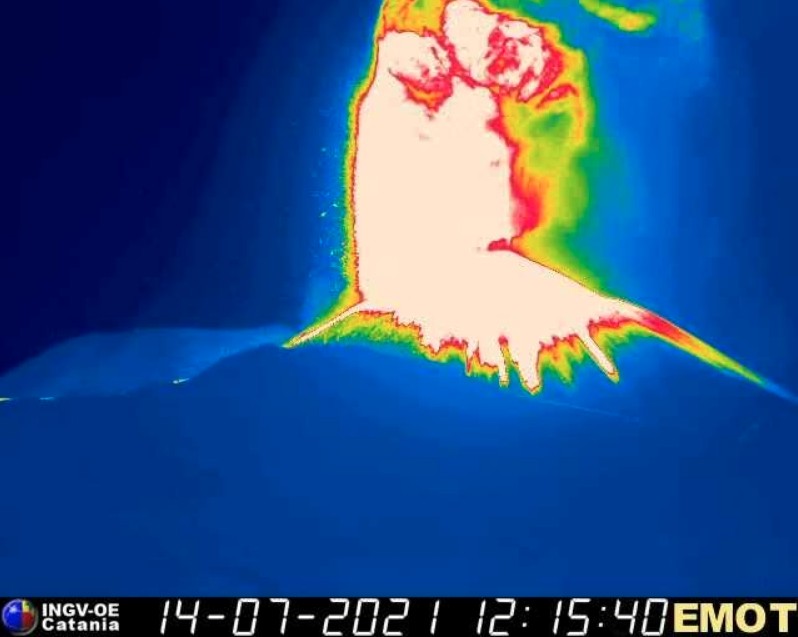