From a seismic point of view, this explosive event was clearly visible at all Stromboli seismic stations.

With regard to the magnitude of the volcanic tremor, an increase was observed at 12:30 UTC with a maximum peak on average-high values around 13:00 UTC.

The tremor amplitude has returned back to mid-low values after the eruption. 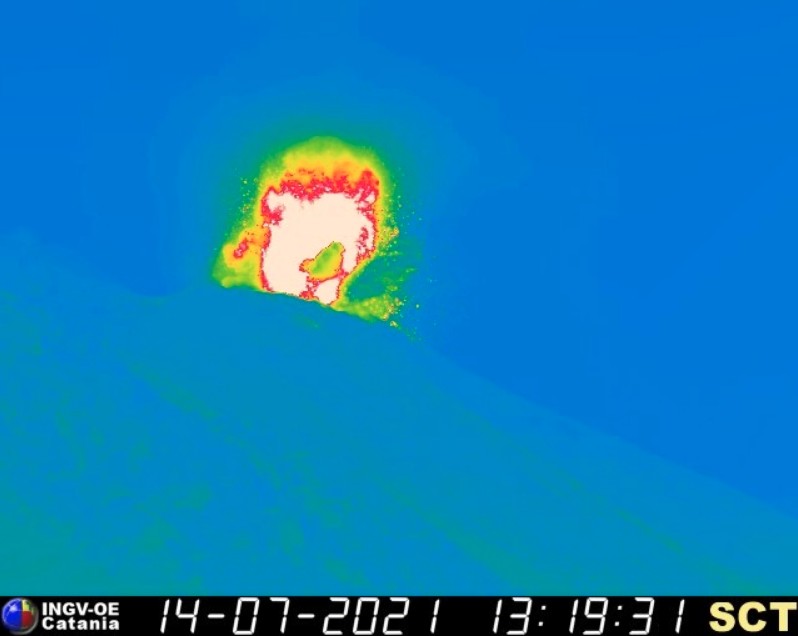 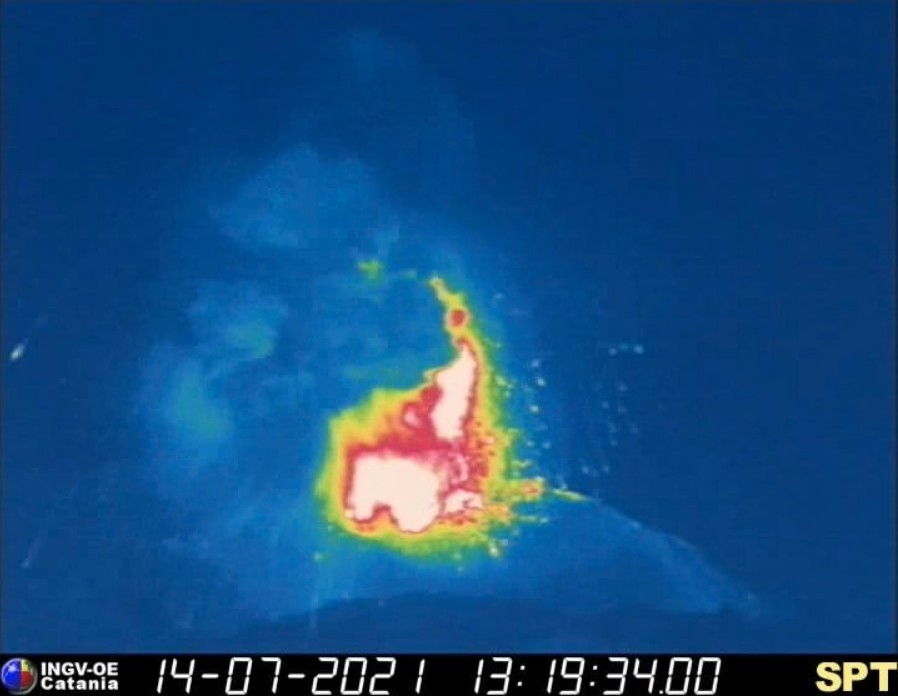 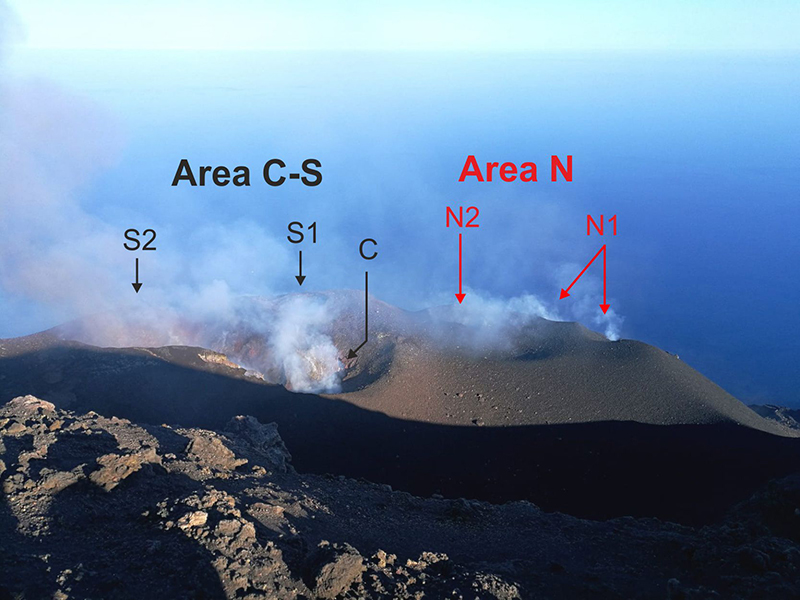 Photo of the summit craters at Stromboli showing the North and Central-South crater areas with the location of each active vent: N1 and N2 in the N crater and S1, S2, and C in the CS crater. The photo was taken from the Pizzo sopa la Fossa during an expedition on August 22, 2020, by INGV-OE personnel. Image credit INGV