Previous studies have shown elevated levels of radon in the atmosphere prior to the mainshock of a huge inland earthquake. However, in a new study, researchers revealed an anomaly in this phenomenon as they found that the concentration of the radioactive element decreased.

"For the first time, we found a decrease in the atmospheric radon associated with seismic quiescence before the mainshock of an inland earthquake," said lead author Jun Muto, a professor from the Graduate School of Science at Tohoku University.

Through the analysis of data before and after the Northern Osaka earthquake in 2018, the researchers found that the atmospheric radon concentration decreased. There was a decline around a year before the quake– a trend that continued until June 2020.

Seismic activity in the vicinity of the monitoring area also decreased prior to the tremblor, along with a reduced seismic activity following the mainshock for the entire Kansai region, excluding the areas of aftershock.

All the observations indicate that radon levels did not increase following the quake and created a more complicated picture of the radon and fluid movements. These can cause radon exhalation in the subsurface when large tremors happen.

"The discovery revealed that more processes are occurring before earthquakes than previously thought," Muto said.

"Further analysis of other earthquakes will lead to a better understanding of the physiochemical processes at play and help us use atmospheric radon concentrations to clarify various crustal movements correlated with major earthquakes."

The group has established monitoring networks for atmospheric radon concentration measurement at radioisotope facilities across Japan. Expansion of the network will help clarify the area and timing of anomalies, the geological attributes that cause such anomalies, and the relationship with various earthquake types. This will ultimately help in a radon-based earthquake prediction system. 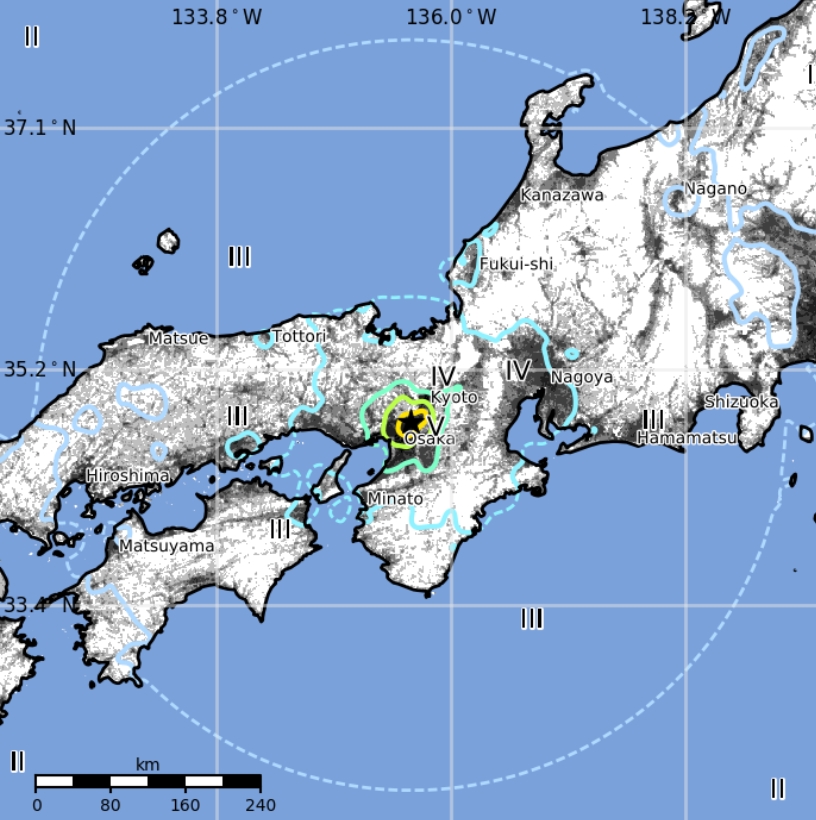