Volcanic and infrasonic tremors increased at 19:00 UTC on January 18, followed by an eruption at 19:15 UTC, with intense Strombolian activity and a new lava overflow from the Southeast Crater. The front headed toward Valle del Bove and reached a height of about 2 900 m (9 500 feet). 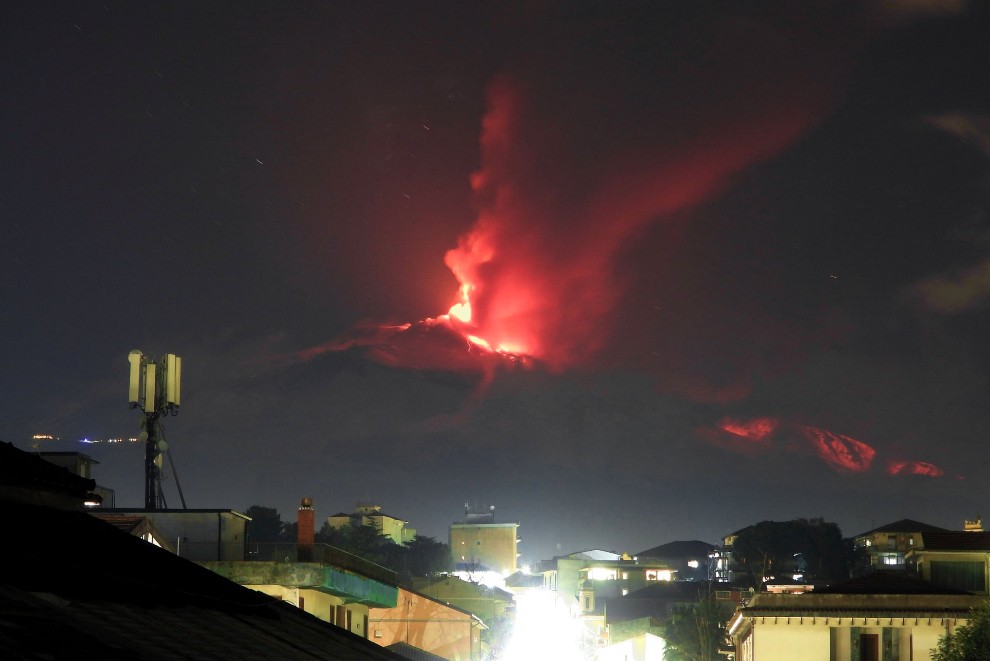 This activity generated a volcanic cloud that dispersed to the East-Southeast and formed a volcanic ash depot on the eastern flanks of the volcano.

Ashfall was reported in the village of Fleri. In addition, the eruption forced temporary closure of two sectors at Catania Airport.

After four weeks of moderate activity at its summit craters, #Etna has unleashed a new paroxysmal eruptive episode from its Southeast Crater on the evening of 18 January 2021 pic.twitter.com/GrQwk9P4Va

A rapid decrease in volcanic tremor and the infrasonic signal has been recorded starting at 21:00 UTC.

Around 21:30 UTC both signals reached the levels that preceded eruptive activity.

INGV-OE lowered the Aviation Color Code back to Orange at 05:46 UTC on January 19.