A new eruption has started within Kīlauea’s summit caldera, Hawai'i at 07:36 UTC on December 21, 2020. Accordingly, the Hawaiian Volcano Observatory (HVO) has elevated Kīlauea's volcano alert level to WARNING and its aviation color code to RED. The situation is rapidly evolving, HVO said in a statement released at 08:41 UTC today. Civil Defense cautioned that ash fallout is likely in Wood Valley, Pahala, Naalehu and Ocean View, and advised residents and visitors to stay indoors to avoid exposure to ash. The last eruption of this volcano took place in 2018 (VEI 3).

An earthquake swarm began on the evening (LT) of December 20, accompanied by ground deformation detected by tiltmeters, HVO said.

An orange glow was subsequently observed on IR monitoring cameras glow within the Halemaʻumaʻu crater at the summit of Kīlauea Volcano, visually beginning at approximately 07:36 UTC on December 21 (21:36 HST, December 20).

"An eruption has commenced within Kīlauea’s summit caldera. The situation is rapidly evolving and HVO will issue another statement when more information is available," the observatory said. 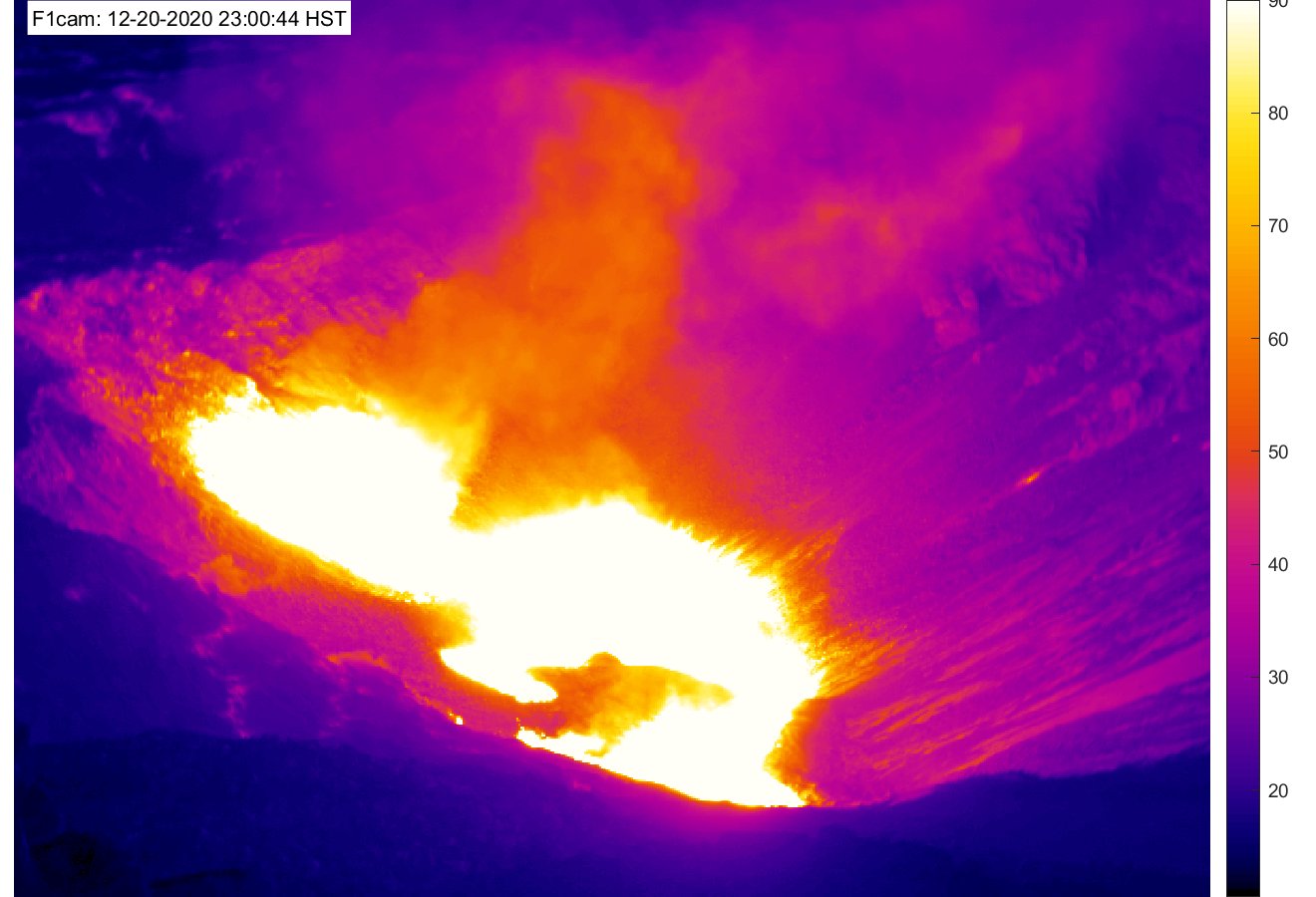 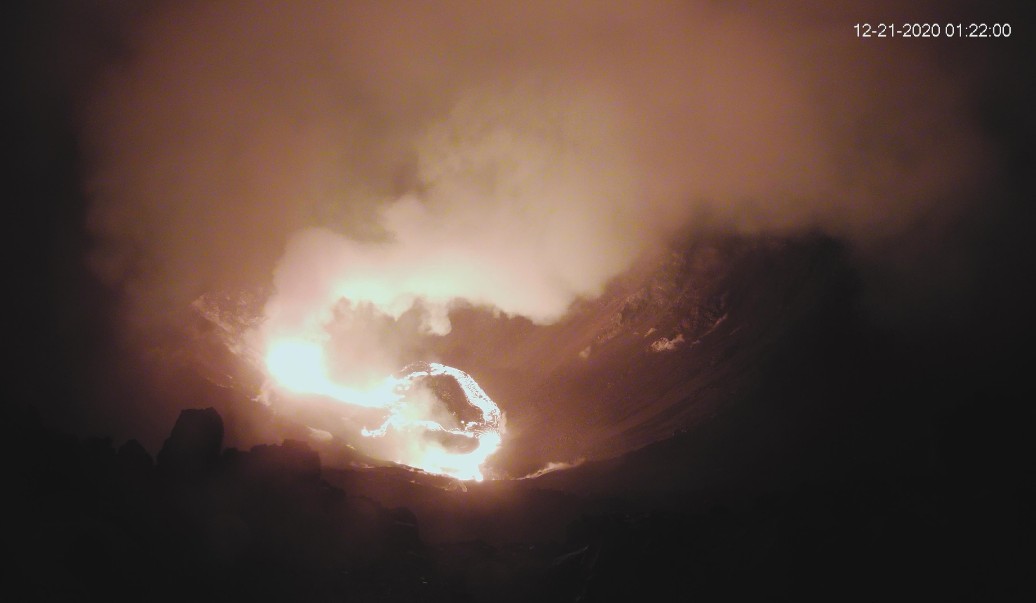 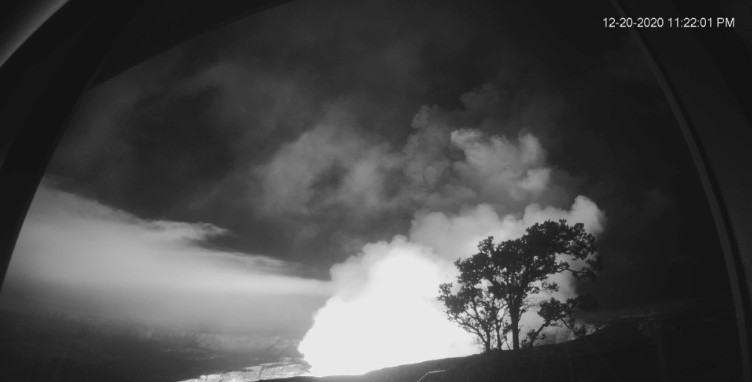 Civil Defense cautioned that ash fallout is likely in Wood Valley, Pahala, Naalehu and Ocean View, and advised residents and visitors to stay indoors to avoid exposure to ash.

Bill Hanson of the Hawaii County Civil Defense said Civil Defense has received no reports of damage from the public. In addition, he said no damage was reported at the observatory or within the park.

Civil Defense also said a M4.4 earthquake that struck at 08:36 UTC today on Kilauea’s south flank was not large enough to cause a tsunami. 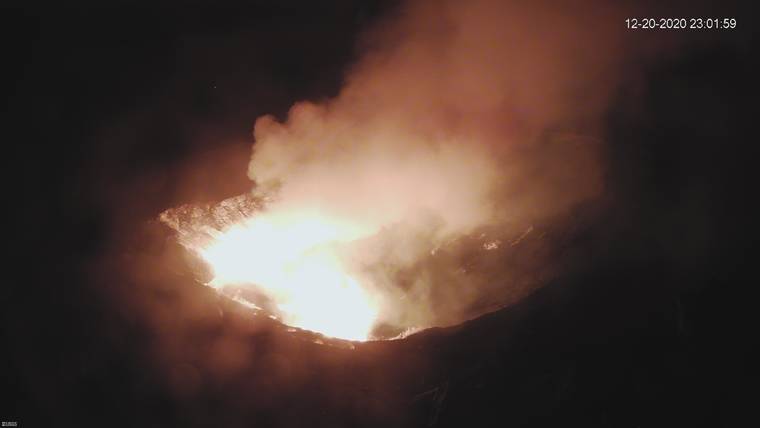 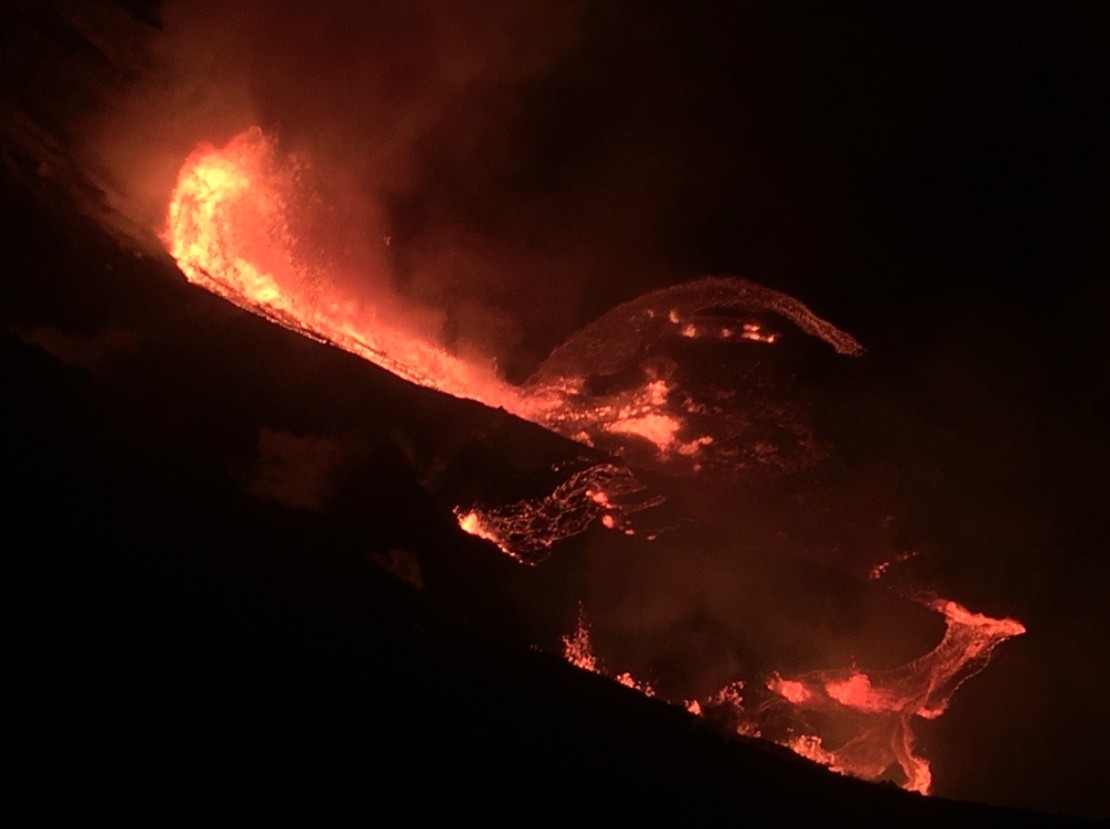 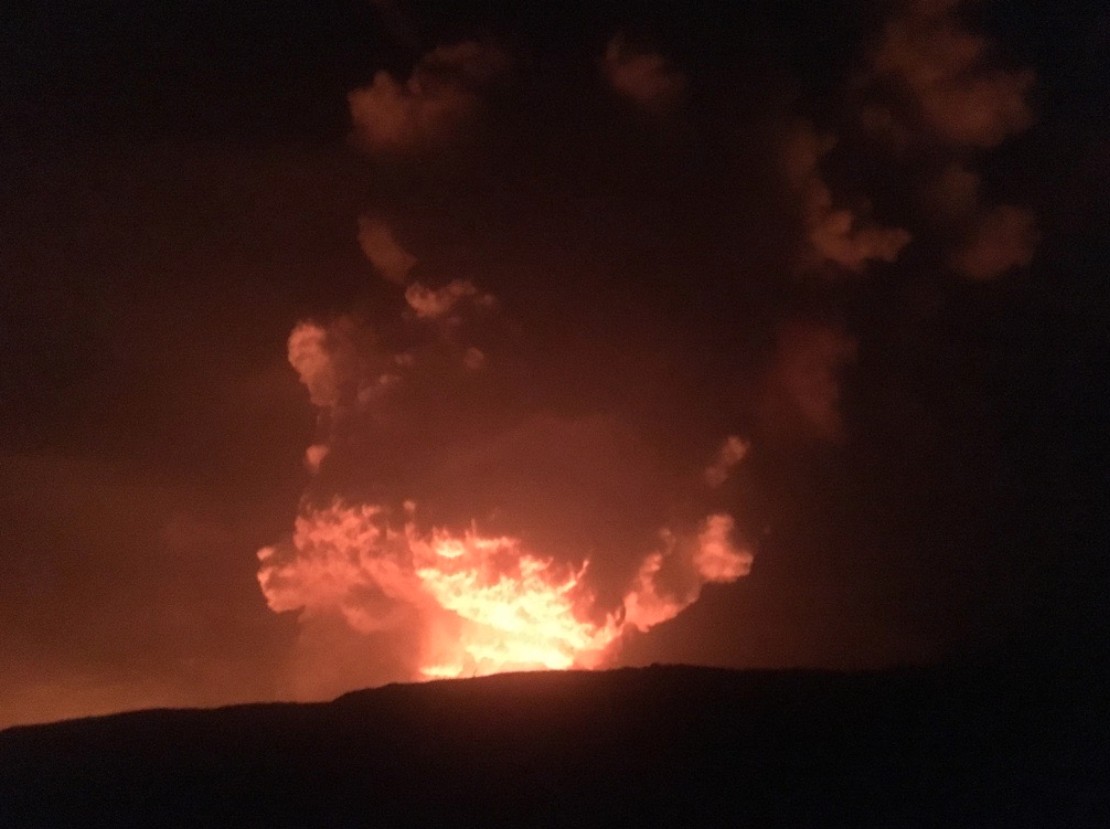 Over the past several weeks, the observatory has recorded ground deformation and earthquake rates at Kīlauea Volcano’s summit and upper East Rift Zone that have exceeded background levels observed since the conclusion of the 2018 lower East Rift Zone eruption and summit collapse.

In the past month, increased uplift has also been measured at GPS stations in Kīlauea’s summit region. While uplift related to post-collapse inflation of the summit reservoir has been occurring since March of 2019, rates have been steadily increasing in recent months and are currently higher than they have been since the end of the 2018 eruption.

In late November 2020, increased earthquake rates began when seismic stations recorded an average of at least 480 shallow, small-magnitude earthquakes (97% of which were less than or equal to magnitude-2) per week occurring at depths of less than 4 km (2.5 miles) beneath Kīlauea's summit and upper East Rift Zone. This compares to a rate of fewer than 180 per week following the end of Kīlauea’s 2018 eruption and through early November 2020.

Accompanied by earthquake swarms, the patterns of ground deformation observed were consistent with a small dike intrusion of magma under the southern part of Kīlauea caldera. The injection resulted in about 8 cm (3 inches) of uplift of the caldera floor, and modeling suggests that it represented 0.4–0.7 million cubic meters (yards) of magma accumulated approximately 1.5 km (1 mile) beneath the surface.

Though the intrusion did not reach the surface and erupt, it represented a notable excursion from trends observed in the Kīlauea summit monitoring data streams following the end of the 2018 eruption.

On December 17, 2020, seismometers detected a notable increase in occurrence and duration of long-period seismic signals beneath Kīlauea’s summit, which are attributed to magmatic activity. Whereas this type of seismicity was observed on average once every few weeks following the 2018 eruption, rates have increased to over a dozen in the past several days.

Other monitoring data streams including volcanic gas and webcam imagery were stable until this eruption, HVO said.

View from the western rim of Kīlauea Caldera. Lava is erupting from a fissure in the NW wall of Halemaʻumaʻu crater and cascading into the deepest part of the crater, which had been occupied by a water lake (now replaced with a growing lava lake). pic.twitter.com/VKIFA1Npr0

Video of the eruption from Jaggar Overlook at about 11:30 PM HST. pic.twitter.com/7CgZJMNn1R

About 90% of the surface of the basaltic shield volcano is formed of lava flows less than about 1 100 years old; 70% of the volcano's surface is younger than 600 years. A long-term eruption from the East rift zone that began in 1983 has produced lava flows covering more than 100 sq km (37 sq miles), destroying nearly 200 houses and adding new coastline to the island. (GVP)