The Volcanic Alert Level for Mount Ruapehu has been raised to 2 and the Aviation Color Code to Yellow on December 21, 2020, following an increase in Crater Lake temperature and the largest measured gas output in the past two decades. The Volcanic Alert Level reflects the current level of volcanic unrest or activity and is not a forecast of future activity, GNS Science Duty Volcanologist Mike Rosenberg said.

The Crater Lake (Te Wai ā-moe) temperature has been rising and is now at 43 °C (109 °F), Rosenberg noted in a bulletin issued December 21.

During a gas flight last week, the lake was observed to be a uniform grey color which shows it is well-mixed. There is some flow over the outlet.

The gas output through the crater lake has also increased markedly in response to this heating cycle.

The amounts of carbon dioxide (CO2) and sulfur gases (SO2 and H2S) in the plume are the largest measured in the past two decades.

The continued flow of gases and hydrothermal fluids through the lake shows that the underlying vent area is open.

Volcanic tremor is being produced as short-lived pulses that coincide with increased gas passing through the crater lake and its plumbing system.

Modeling of energy input into the lake has shown an increase during the past month from around 200 MW to around 400 MW.

Since 2007 Crater Lake temperature has exceeded 40 °C (104 °F) a number of times, without leading to an eruption. However, the combination of the increased lake temperature, volcanic tremor, and gas output have motivated the Alert Level change to 2 and the Aviation Color Code to Yellow, Rosenberg said.

The Volcanic Alert Level reflects the current level of volcanic unrest or activity and is not a forecast of future activity.

Ruapehu is an active volcano and has the potential to erupt with little or no warning when in a state of volcanic unrest, Rosenberg said. 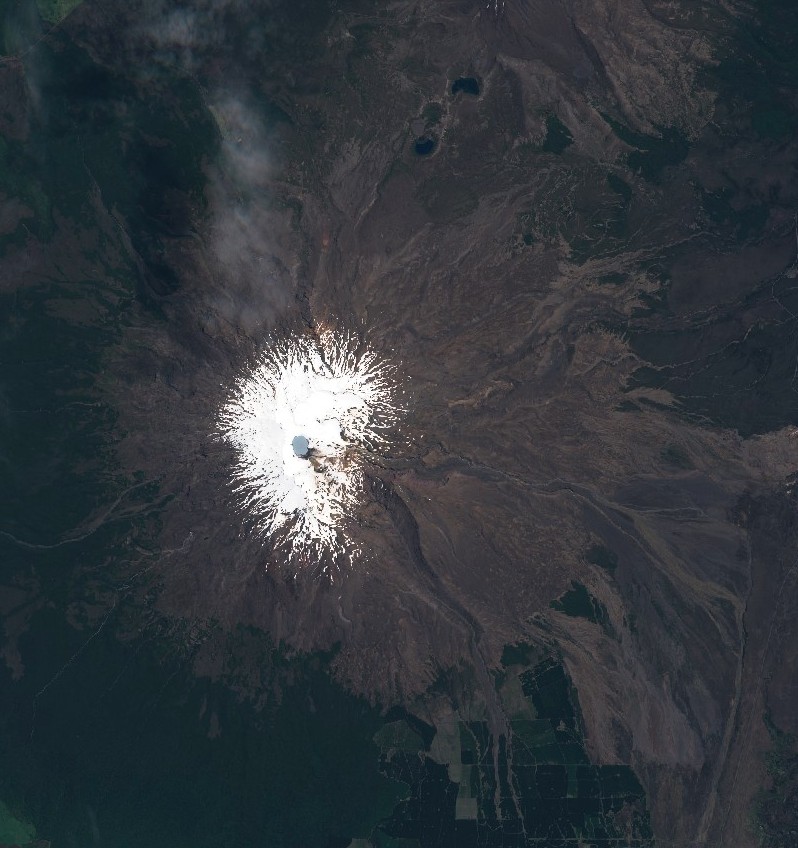 The Department of Conservation (DOC) has closed the summit area of Mount Ruapehu, including a 2 km (1.2 miles) radius from the centre of Te Wai ā-moe/Crater Lake.

"Our priority is to protect public safety, so we ask visitors to respect the exclusion zone under Volcano Alert Level 2 [VAL2] for their own safety," Tongariro Operations Manager Connie Norgate said.

"At VAL 2 there is increased risk of eruption, so it's important that people take this advice seriously," Norgate said.

"Tongariro National Park is an active volcanic area, so eruptions can occur with little or no warning. The closer people are to the Park's active volcanic vents, the higher the risk."

"DOC and GNS are in regular communication and if unrest continues to escalate and the probability of eruption increases, we will consider extending the closure to the entire summit hazard zone – 3 km [1.8 miles] radius from the center of Te Wai ā-moe/Crater Lake," Norgate said.

Signage will be displayed at the Whakapapa, Tūroa and Tukino ski areas and DOC will provide any updates through its website and social media page.

Mount Tongariro and the Tongariro Alpine Crossing are not affected by increased volcanic unrest at Mount Ruapehu and remain open.