Observations made on November 16, 2020, confirm that White Island volcano continues to emit volcanic ash with the steam and gas plume. Although the amounts of CO2 and SO2 gas have decreased, the Volcanic Alert Level remains at Level 2 since November 13. The Aviation Color Code remains at Yellow.

This period of ash emission began on November 11, with ash deposits observed on some of the island's cameras. In addition, a darker than usual plume was reported from the mainland at times. Satellite images provided at that time by MetService, courtesy of the Japan Meteorological Agency, confirmed the ash emission, but later images showed little or no apparent ash.

Gas-measuring and observation flights on Monday, November 16 still reported small amounts of ash in the plume (see image below). Overall, observations indicate a lower level of ash emission over the past few days. 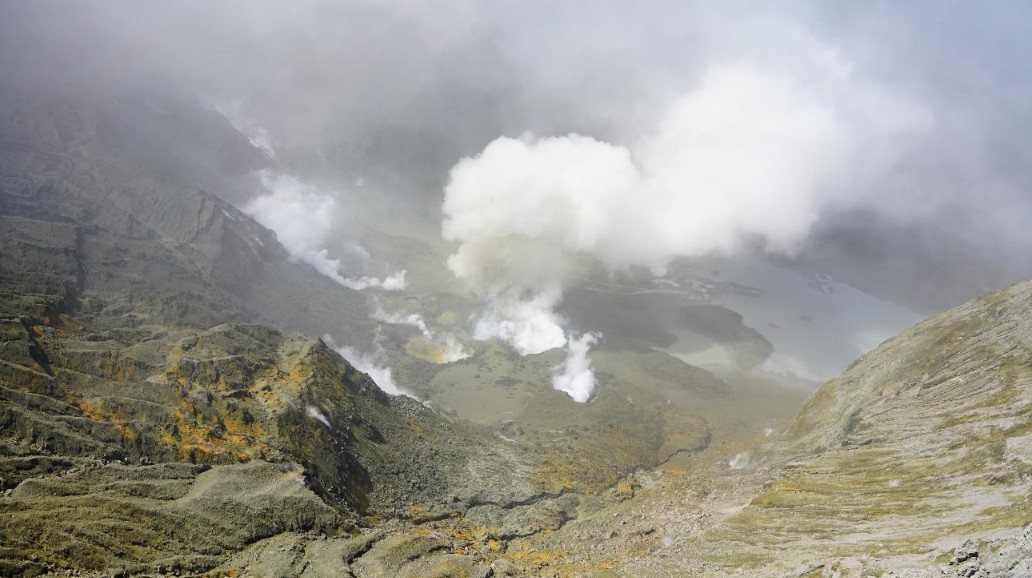 View on November 16, 2020, of steam, gas, and ash emission from the 2019 primary vent area of the Whakaari/White Island crater. Image credit: GNS Science

"Laboratory analyses of the ash showed it comprises hydrothermal minerals and old volcanic material (ash sediment), and that no new magma is present," GeoNet Duty Volcanologist Mike Rosenberg said. "The ash particles are material eroded from the 2019 vent area by the flow of steam and gas."

Since Wednesday, November 11, 2020, ash coating on some of the web camera windows has made it difficult to view the active vent area, and ash deposited on solar panels has reduced their capability to charge some of our monitoring stations.

The amounts of CO2 (Carbon dioxide) and SO2 (Sulphur dioxide) volcanic gases carried in the plume continue to be elevated above background levels but are now slightly lower than last week’s measurements. 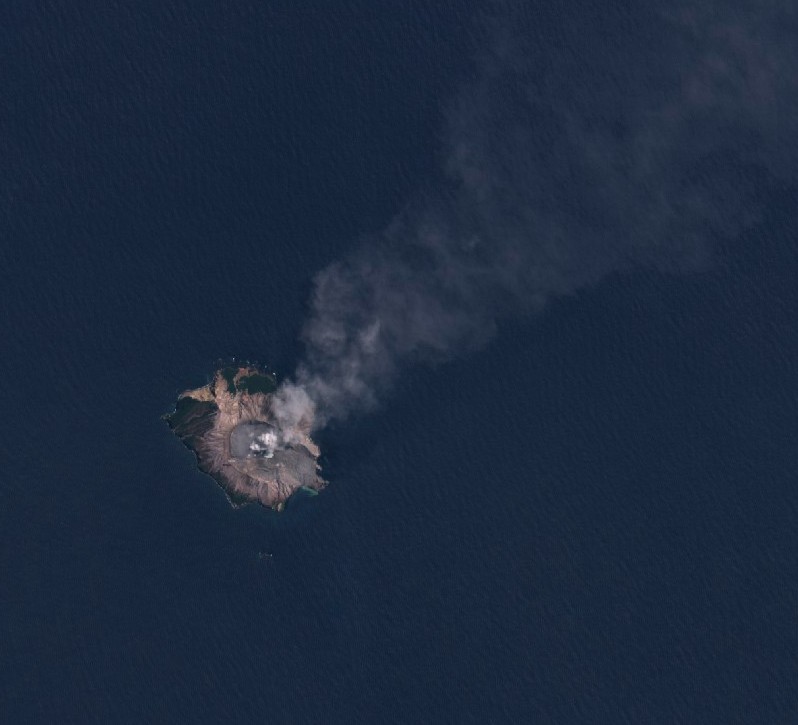 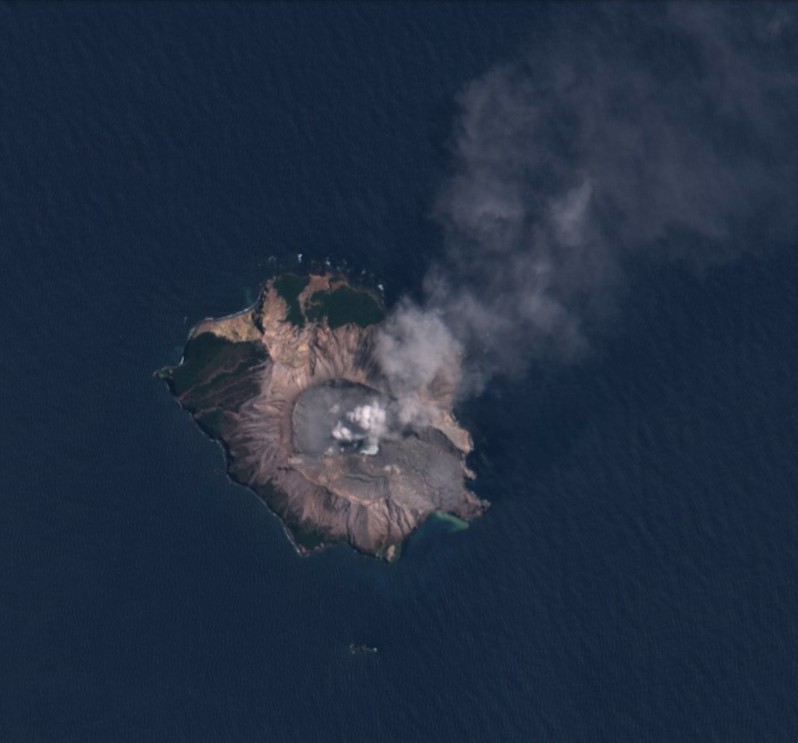 During fine weather conditions, plumes of gas, steam, and possibly ash will be seen rising above the island and trailing off downwind. Should any explosive activity produce a significant ash cloud, the likelihood of ash affecting the mainland remains very low, Rosenberg said.

From last week’s ash emission, there has been no reported impact beyond White Island. In favourable wind conditions, the current plume may be noticed on the mainland as weak acid rain.

During the past week, a sequence of small earthquakes and a larger than normal volcanic earthquake were located close to the volcano. Low-level volcanic tremor continues. However, this varied seismic activity is not unusual for the volcano.

The elevated volcanic gas emission combined with the increased seismic activity confirm that White Island is in a period of heightened unrest. As a result, the Volcanic Alert Level remains at Level 2 and the Aviation Colour Code remains at Yellow.

An explosive eruption at White Island at 01:11 UTC on December 9, 2019, killed 24 tourists, including two who are missing and declared dead. 26 people suffered injuries, many of whom suffered severe burns. There were 47 people on the island at the time of the eruption.