The fast-moving area of low pressure that will develop in the Atlantic Ocean through Thursday, October 1 has been named Alex by the French National Met Service – Meteo France. This is the first named storm of the 2020/21 European windstorm season (September 1, 2020 – August 31, 2021).

"At present (16:00 UTC, September 30) what will ultimately become Storm Alex is just a fairly innocuous surface trough out in the Atlantic – currently visible as a band of cloud. However tonight and early Thursday this will interact with a very strong jet stream in the upper troposphere which will rapidly deepen the surface trough into a very powerful cyclone." 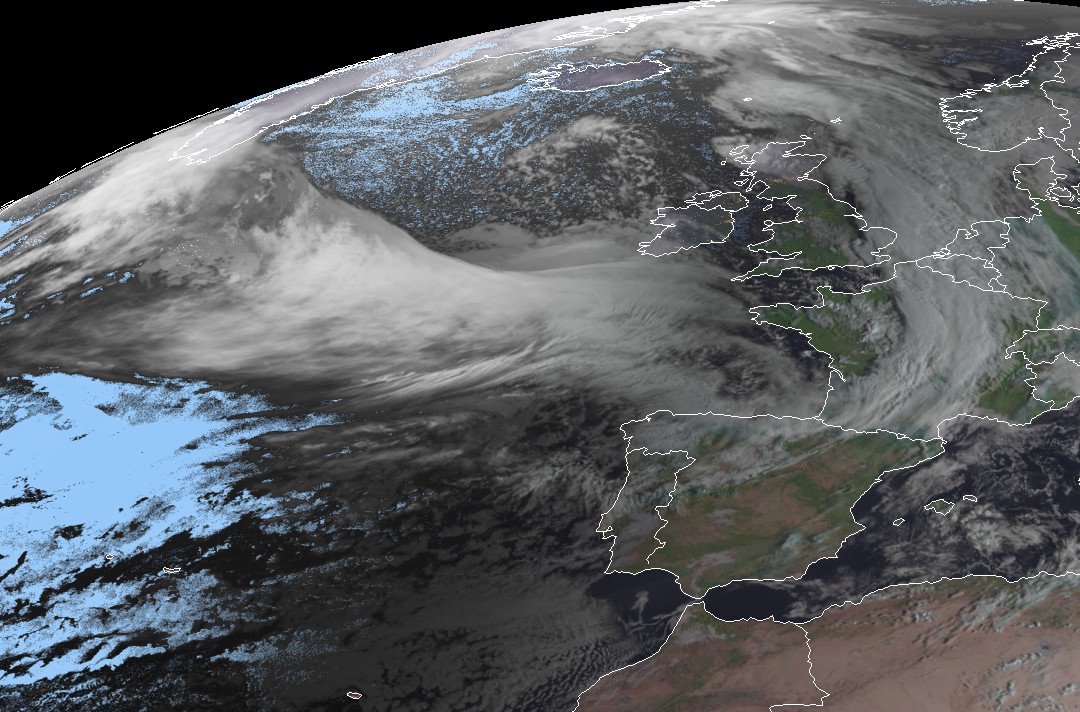 Storm Alex will travel eastwards and strengthen through Thursday, entering the Bay of Biscay around 17:00 UTC, with winds impacting the west coast of France late Thursday evening, with the system crossing the French coast around midnight.

The storm is part of a plunge of colder air pushing down over northwest Europe for the days ahead, with much of the associated precipitation over the Pyrenees and the Alps falling as snow, Gallagher added.

Ireland will also feel the effects of the storm with the broader area of low pressure associated with this weather event likely to bring heavy rain across the country later Saturday, October 3, and early Sunday, October 4 with a possibility of some flooding. Northerly winds will also strengthen over Ireland Saturday night and Sunday. 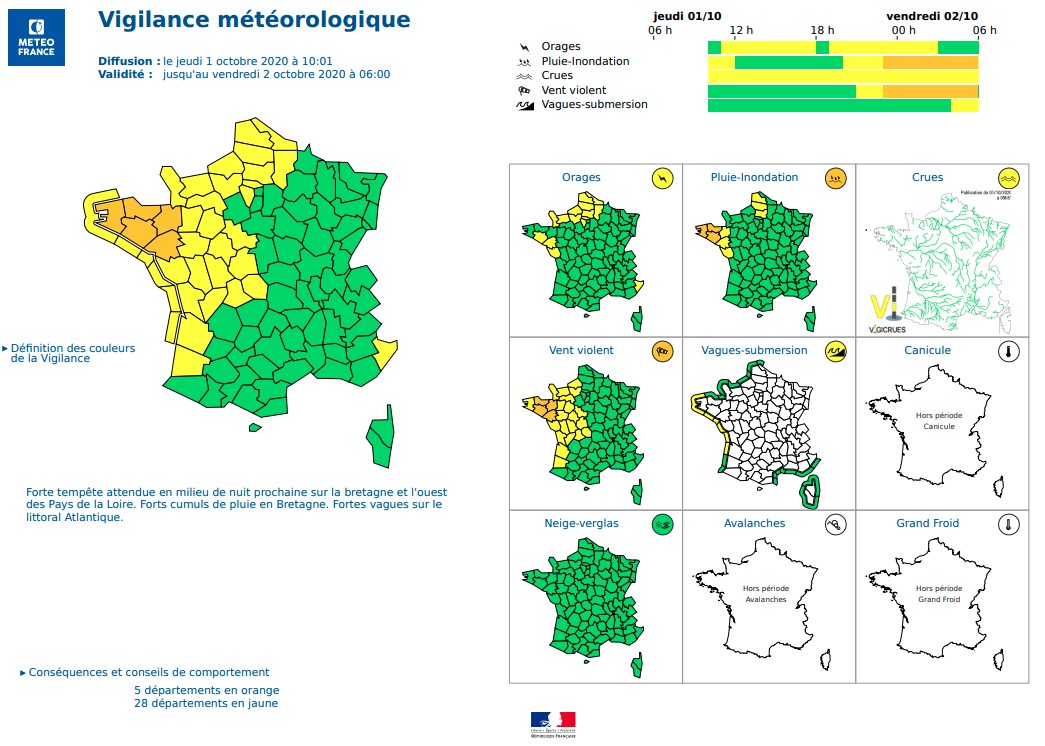 MeteoFrance has placed 5 departments on an Orange alert and 28 on Yellow.