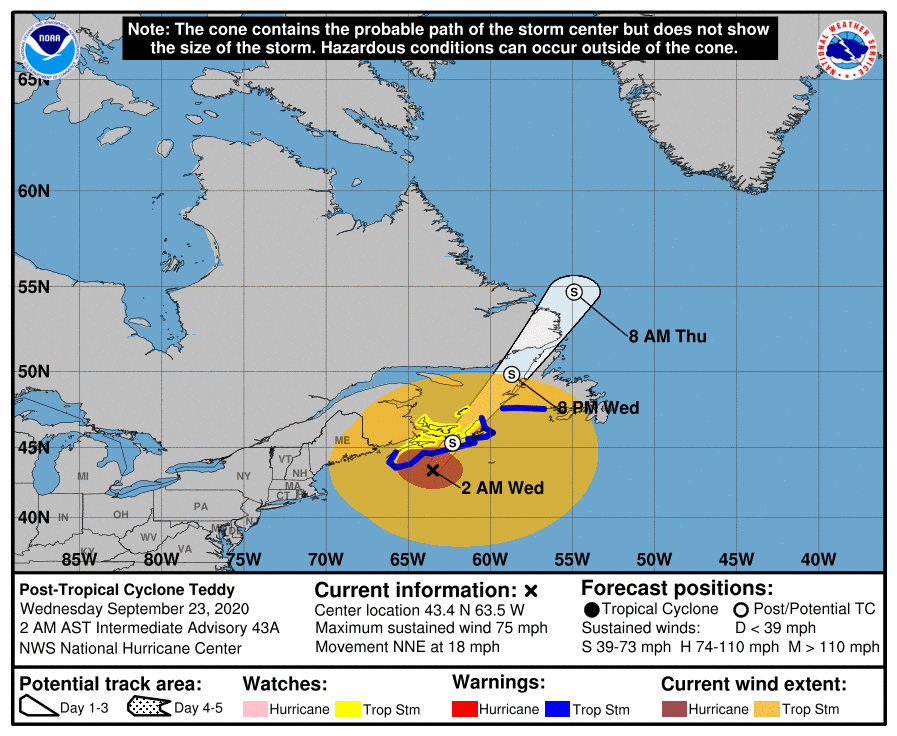 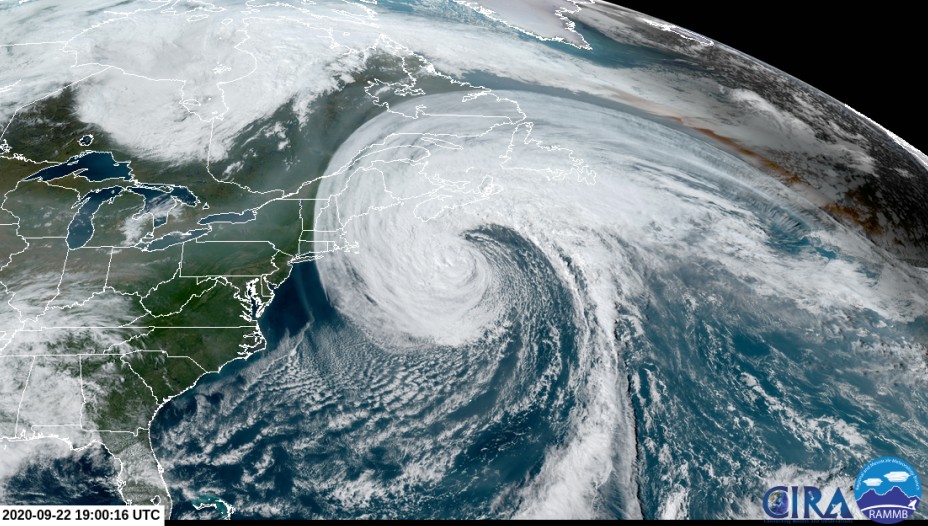 The storm was moving NNE at 30 km/h (18 mph) and this general motion is expected to continue for the next day or so, according to the NHC.

On the forecast track, Teddy's center will move over eastern Nova Scotia today, and then near or over Newfoundland by tonight (AST), and be east of Labrador on Thursday, September 24.

Although additional weakening is expected today, this should still be a strong post-tropical cyclone when it moves near and over Nova Scotia.

A dangerous storm surge is expected to produce significant coastal flooding near and to the east of where the center makes landfall in Nova Scotia. Near the coast, the surge will be accompanied by very large and destructive waves.

Through Thursday, Teddy is expected to produce rainfall accumulations of 50 – 100 mm (2 to 4 inches) with isolated totals of 150 mm (6 inches) across sections of Atlantic Canada. 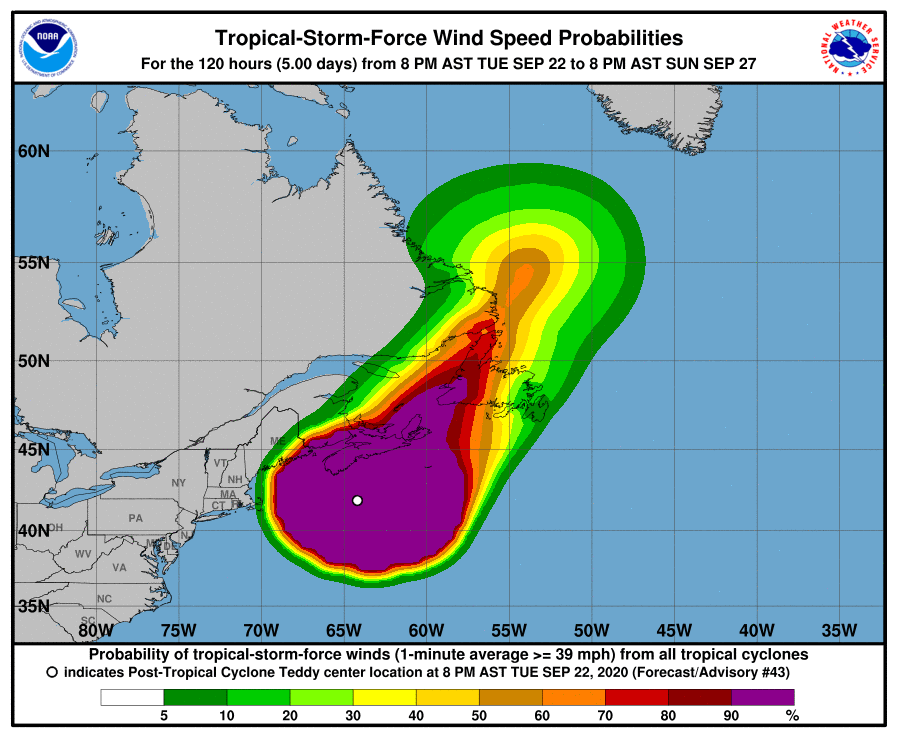 Heavy rain with accumulation up to 100 mm (4 inches), sustained high winds of 90 km/h (55 mph), and gusts up to 120 km/h (75 mph) are expected to continue overnight into Wednesday, Halifax Regional Municipality warned.

"This storm is moving slowly, meaning severe weather conditions are expected to continue impacting the region over the next 12 to 24 hours. The peak period of the storm – bringing the most significant impacts – is forecasted to occur between 6-7 a.m. on Wednesday [September 23].

"High storm surges are expected, and all residents should stay away from all areas of the coast or any low-lying areas, including the waterfronts in downtown Halifax and Dartmouth. Be ready to move inland or to higher ground.

"The public is urged to stay off the roads for their own safety and avoid impeding efforts by first responders in emergency situations."